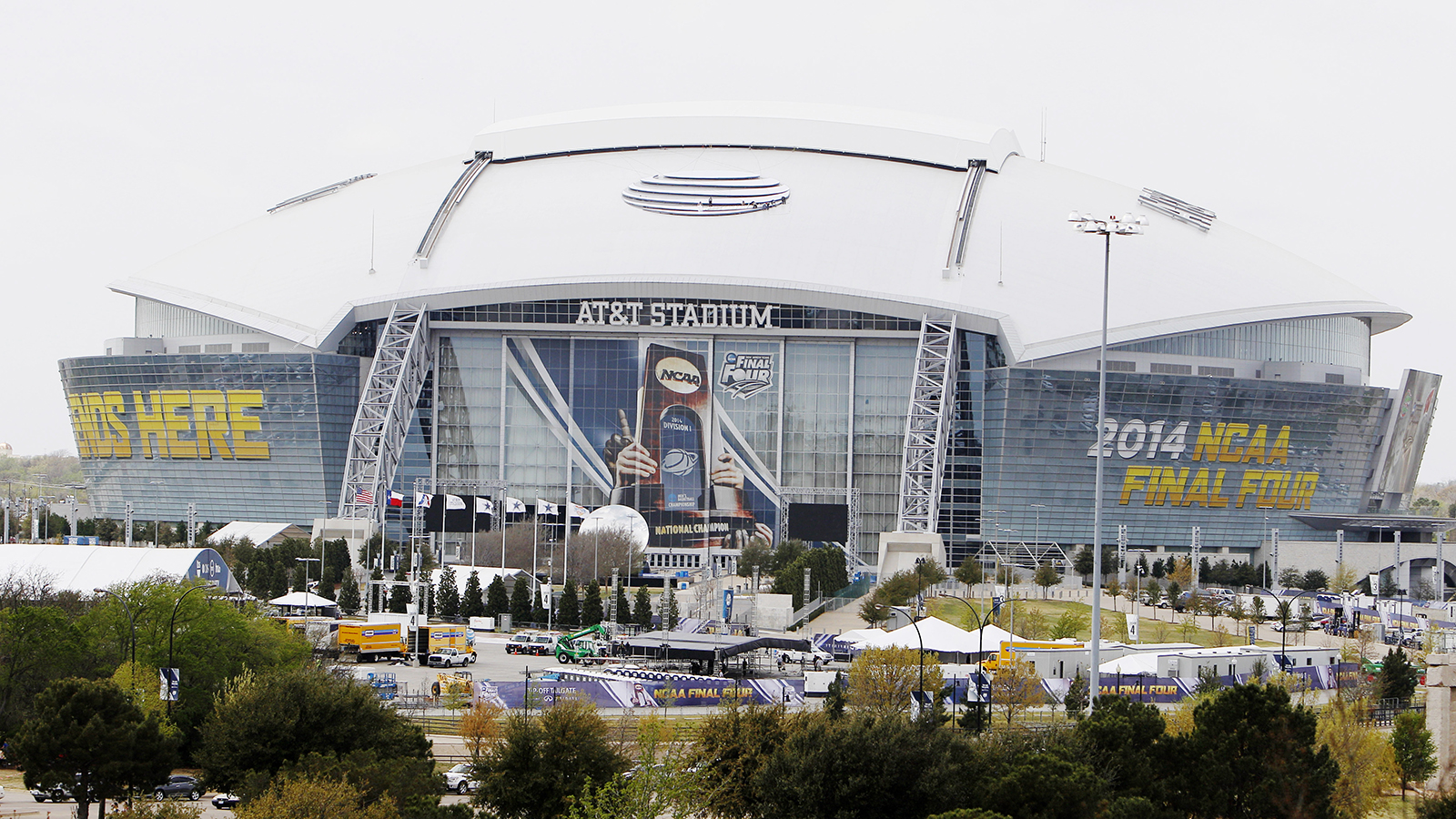 It will be a cold day in hell when the NFL allows North Texas to host another Super Bowl. And I think a lot of us have made peace with that.

We whiffed on that opportunity because of an incredibly poor response to an ice storm and a seating scandal that has never been fully explained. Fortunately, this still has a chance to be one of the best big-event areas in the country because of the spectacular stadium the City of Arlington and Jerry Jones built. The Final Four has a chance to go off without a hitch this weekend and the NCAA’s Division I football national title game will follow in February.

I think we’re on the verge of surpassing New Orleans when it comes to hosting big events. AT&T Stadium is superior to the Superdome in every possible way. The one thing that has annoyed me in the buildup to the Final Four is this insistence on saying the event is coming to North Texas. Would it kill anyone to mention the word "Arlington" since the taxpayers from that community contributed heavily to one of the greatest sports facilities in the world?

The organizers of the Super Bowl tried to make too many communities happy. The Steelers were in downtown Fort Worth while the Packers stayed in Irving. The teams in the Final Four are all staying in a five-mile radius near downtown Dallas. All the fans can congregate at the former site of Reunion Arena and participate in the unbelievable lineup of concerts this weekend. Fort Worth offers the Stockyards and Sundance Square, but there’s no use asking for fans to traipse all over the vast metroplex.

The best news is the Final Four will feature some of the most talented â and recognizable â programs in the country. Maybe No. 1 seeded Wichita State would’ve been good for college basketball, but the Shockers wouldn’t have been great for the local economy. Kentucky has the most devoted basketball fans in the country. They will take over downtown Dallas and dwarf the fan bases for the other three schools. But Wisconsin, Florida and Connecticut all have tremendous programs and offer great storylines.

Wisconsin is led by 7-foot, 230-pound center Frank Kaminsky. I’d heard about him this season, but he really got my attention when he helped destroy my alma mater Baylor’s zone defense in the Sweet 16. Kaminsky had 28 points and 11 rebounds against the No. 1-seeded Arizona Wildcats in the Elite Eight. He’s a matchup nightmare with exquisite footwork and the ability to knock down three pointers.

Wisconsin coach Bo Ryan is making his first appearance at the Final Four at age 66. He’ll be facing Kentucky coach John Calipari, who’s basically the face of the whole one-and-done argument. Everyone wants to do away with the rule that allows players to bail on college after one season, but it’s hard to blame Calipari for continuing to stock his team with that type of elite talent. You think any of the coaches who complain about the one-and-done player would turn down the chance to coach Julius Randle of Prestonwood Christian down? Not on your life. Calipari might be the most hated college basketball coach in the country, but a lot of that has to do with jealousy. There’s only a handful of coaches who could last more than a couple of years in Lexington, and Calipari’s obviously one of them.

Florida is led by 48-year-old Billy Donovan, who is seeking his third national title in 18 seasons in Gainesville. Florida will always be a football school first, but that hasn’t kept Donovan from putting together an amazing run. The Gators have won 30 consecutive games and probably have the most complete team in the Final Four. And the Gators have one of the nation’s great clutch players in guard Scottie Wilbekin. He wants the ball in his hands at crunch time, and he rarely turns it over (two turnovers in the NCAA Tournament).

UConn coach Kevin Ollie is the wildcard of this group. He is making his first trip to the Final Four. But his point guard, Shabazz Napier, has emerged as probably the best playmaker in the tournament. Tom Izzo’s Michigan State team had more pedigree than the Huskies, but the Spartans had no answer for Napier down the stretch.

Even though UConn (No. 7) and Kentucky (No. 8) didn’t have great seeds, it wouldn’t shock me if either team won the national title. Barring an ice storm, this is shaping up to be a "shining moment" for North Texas, with a special shoutout to the good folks of Arlington.