NFL stars Orakpo, Charles on the bench for Spurs against Heat 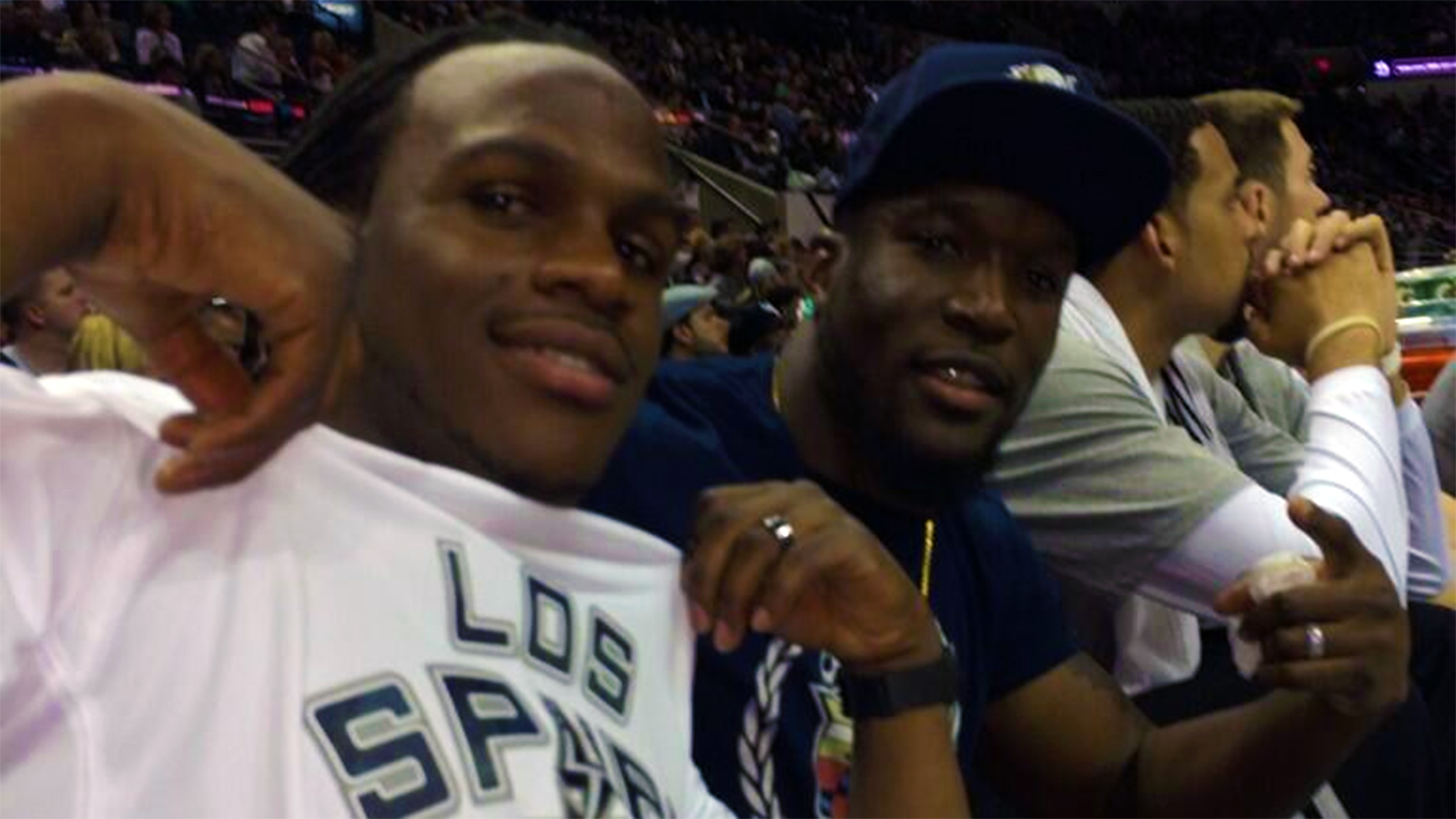 The San Antonio Spurs had some extra support on the bench against the Miami Heat on Thursday night, but they didn’t need any extra help on the court in the 111-87 rout.

Kansas City Chiefs running back Jamaal Charles and Washington Redskins linebacker Brian Orakpo just enjoyed a front-row seat next to Tim Duncan and the Spurs in their beatdown of LeBron James and the defending NBA champions.

We on the team https://t.co/cncX3VO3QW

We on the team LET GO SPURS https://t.co/0ze2U1RRTO

The two former Texas Longhorns made the short trip from Austin to the Alamo City along with former defensive backs coach Duane Akina.

Sitting at end of Spurs bench with @jcharles25 & @rak98 I thought when Pop emptied the bench we were going in.Ha Ha pic.twitter.com/rPbQiPdz4K

At the Spurs Heat game with the homie @jcharles25 Pops letting us call some plays for tonite lol pic.twitter.com/TZOyVN8yZl

Spurs coach Gregg Popovich likely really didn’t let them call plays, but it sure did look easy for San Antonio in the NBA Finals rematch.

Luckily for LeBron, Popovich didn’t need to put Orakpo in the game.