Fans attending the Pelicans-Lakers game on Wednesday got an awesome surprise halftime show.

What could be better than dancing dogs or trampoline dunks? Will Ferrell.

The comedian was on hand to shoot scenes for his new movie "Daddy’s Home".

And in the process, he beaned a Pelicans cheerleader with a basketball. 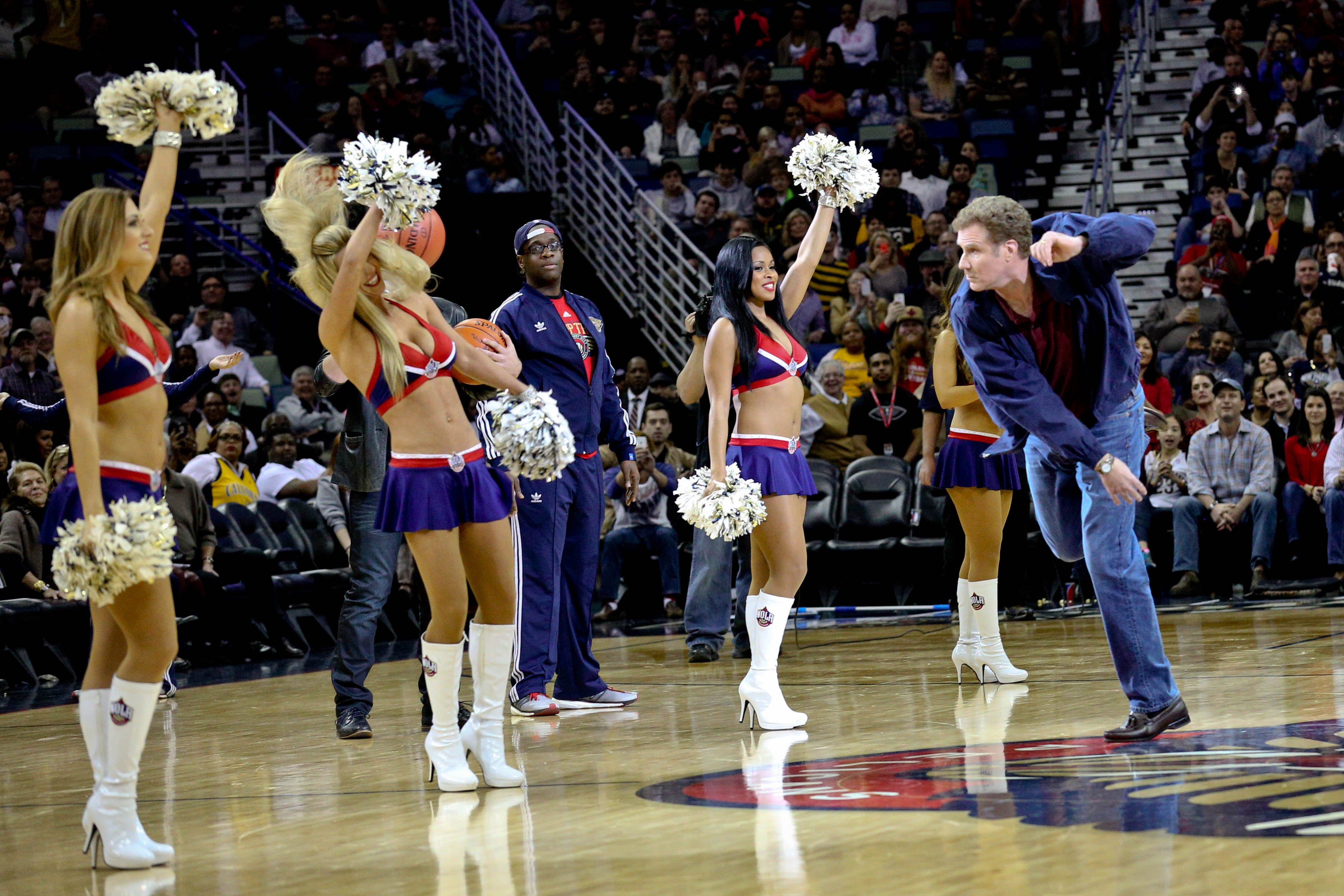 He also attempted a horrible half-court shot before security had to drag him out.

Will Ferrell shooting a scene for "Daddy's Home" during halftime of @PelicansNBA vs #Lakers. Crowd loving it! pic.twitter.com/nRUpDjbQXH 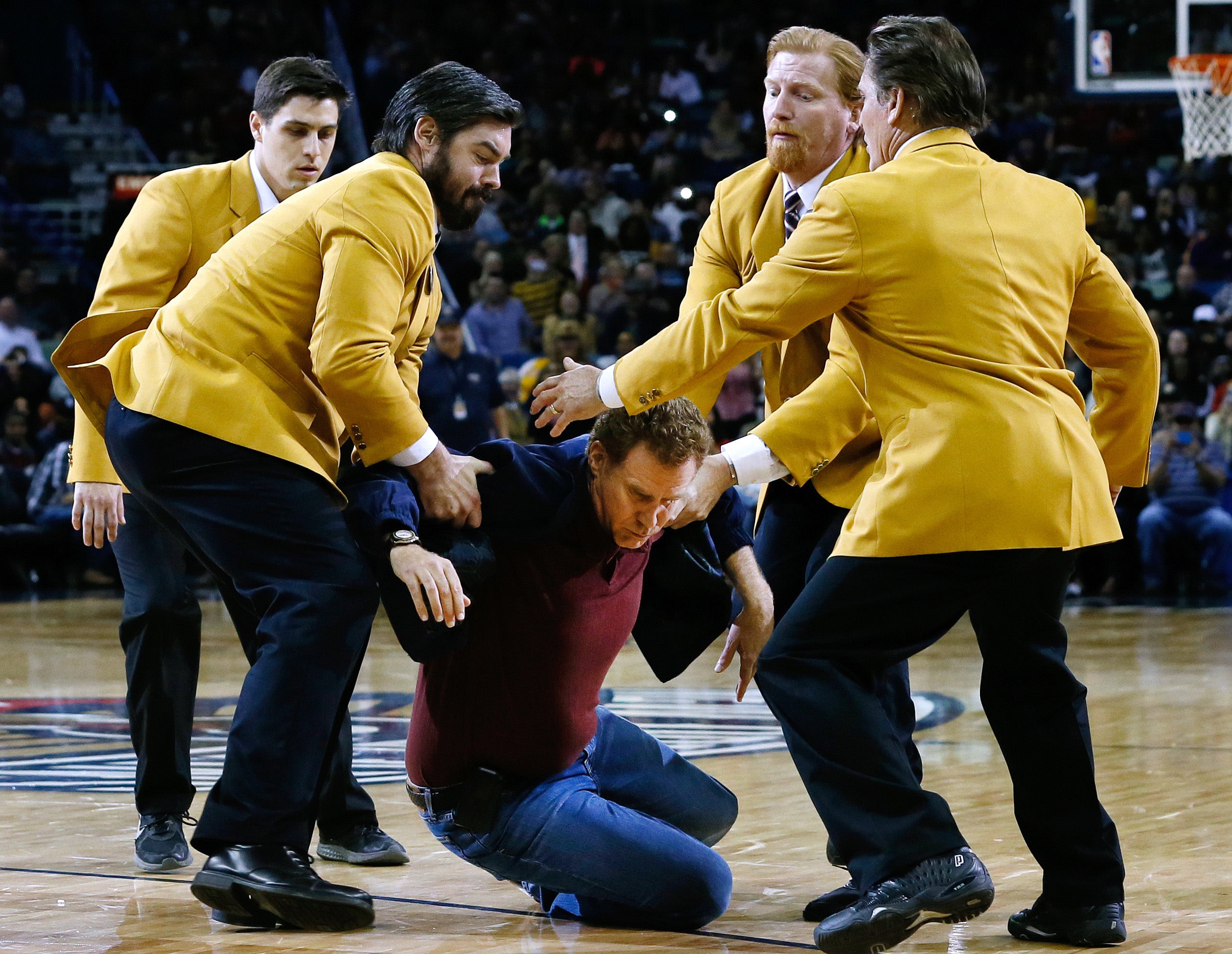 Of course, who could forget, Ferrell was once the one doing the escorting at another Lakers game. My how the tide has turned.