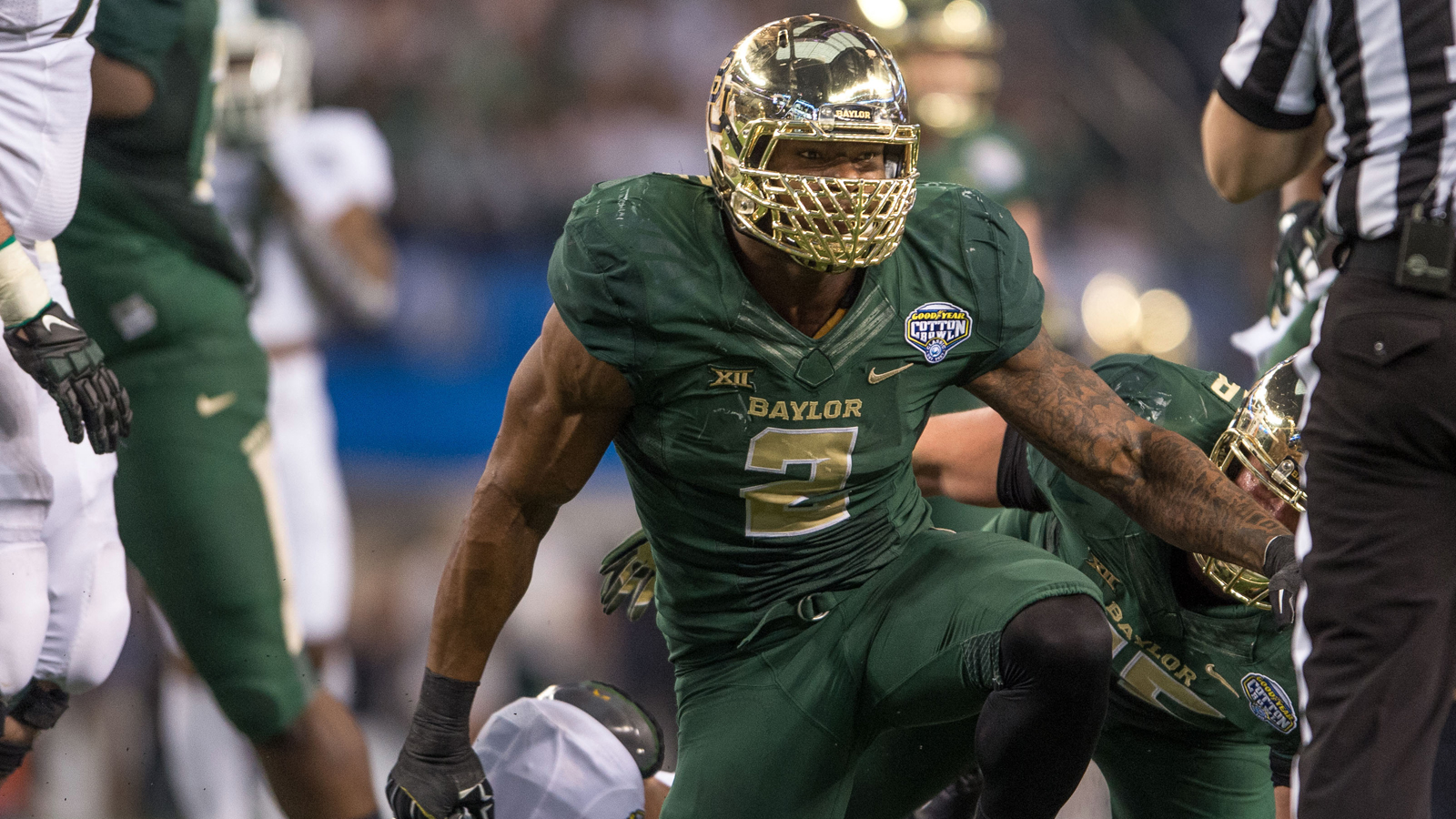 After the cameras caught him on the big screen at AT&T Stadium during the Goodyear Cotton Bowl on Thursday, Oakman and his imposing size became a social media sensation.

Here’s just a sample of what’s being said:

Redd: My grandma gave me that chain Shawn Oakman: No she didnt Redd: True, You can keep it pic.twitter.com/ACRF2RPXsp

Police Officer: Sir have you been drinking tonight Shawn Oakman: All night, is there a problem Officer: Nah fam pic.twitter.com/oR5JsFilwv