Jaylon Smith says he’ll be on the field Week 1 vs. Giants 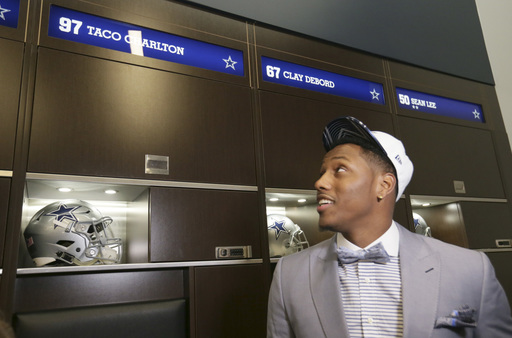 While the Dallas Cowboys replenished their defensive stock last month in the NFL Draft, there’s a chance that a player they selected last season could make an impact with this new group of players.

Linebacker Jaylon Smith says that he expects to be on the field with the revamped Cowboys defense Week 1 when Dallas takes on NFC East division rival New York Giants.

Smith relayed the news Wednesday at the Dallas Cowboys charity golf tournament, as reported by Jon Machota of The Dallas Morning News.

Smith missed all of last season after suffering a knee injury two years ago in the Fiesta Bowl while playing for Notre Dame.

He was drafted in the 2nd round by the Cowboys in the 2016 NFL Draft and is expected to attend this weekends rookie mini-camp, but not participate.