FANTASY PLAYS: QB as deep as ever in standard leagues

No debate that the most important position in the NFL is quarterback. But in fantasy, there may be as much depth at the position as there ever has been.

Sure, we’d all like Green Bay superstar Aaron Rodgers to start for our teams, but that privilege may not be worth a third- or fourth-round pick in most leagues.

Unless you’re in a league in which you can start more than one QB (superflex/2 QB leagues) or one that awards 6 points for a touchdown pass, do not take a QB until the eighth round at the earliest.

This isn’t to say that you should completely pass on players like Rodgers or New England’s Tom Brady. If Rodgers falls to the fifth round or later, the value would be too good. But generally, load up on as many running backs and wide receivers as possible.

The depth at QB means you can get a player like Philip Rivers (Chargers), Ben Roethlisberger (Pittsburgh) or Andrew Luck (Indianapolis) later in your draft. They each have warts but it’s better to have depth at RB or WR in the middle rounds rather than take a QB that may not outscore someone you can draft several rounds later by anything more than a few points per week.

History tells us that there will be several top QBs that will outscore others at that position by a significant amount, but the passers ranked No. 4 to No. 13 will be separated by about 4 fantasy points per week. That just isn’t enough of a difference to justify passing on a third running back or receiver.

A question that every fantasy owner should ask when thinking about drafting a top-level QB is whether the team will look better with that QB and a running back like Marlon Mack, or with a receiver like Golden Tate and Luck. Take the second option every time.

When it comes to quarterbacks and other positions, fantasy analysts place players in tiers. Rodgers is in a tier all by himself. He is the best fantasy QB today and it may not be all that close. Don’t be worried about the broken collarbone from last season. Rodgers has the arm strength to throw every pass required and although he won’t run as much as Carolina’s Cam Newton or Seattle’s Russell Wilson, he still has the ability to escape the pocket to gain yardage on the ground or more importantly, buy time for one of his receivers to get open. 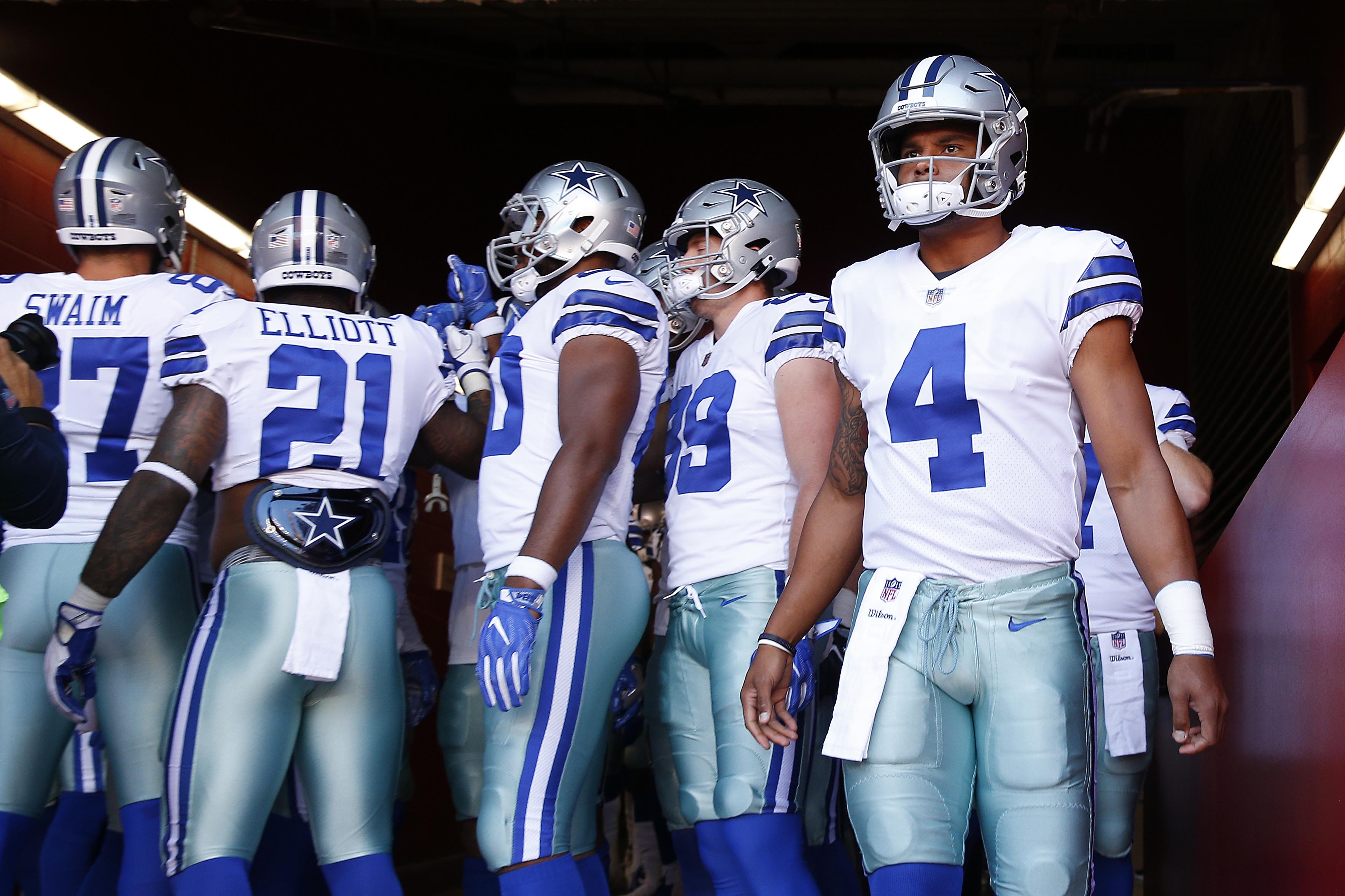 The next tier has a few more options: Philadelphia’s Carson Wentz, Houston’s Deshaun Watson, Newton, Wilson and Brady. Any one of them can start for your fantasy team but they aren’t perfect by any means.

Newton had accuracy problems throughout his career and they aren’t likely to improve much this season. Still, his ability to scramble for yardage and TDs make him valuable. Wentz may or may not be ready for Week 1. If you draft Wentz, you may feel the need to select Nick Foles later as insurance. While no one can truly blame you for doing so, it’s a waste of a valuable bench slot. Watson is also coming off a torn ACL and one has to wonder if he will be able to move around as well as he did last season, and let’s also not forget that he only has a handful of starts under his belt. You may love Wilson for what he did last year, but now that Doug Baldwin (knee) could miss the entire preseason and Jimmy Graham left via free agency, there just isn’t much left for him to throw to. Brady may be the greatest real-life QB of all time, but the team lost Nate Solder and Brandin Cooks and Julian Edelman is suspended for four games. Throw in that rookie running back Sony Michel will undergo knee surgery and maybe this won’t be his year.

After those top QBs are gone, wait another round or two and just take whoever’s left. Drew Brees (New Orleans), Kirk Cousins (Minnesota), Matthew Stafford (Detroit), Roethlisberger, Rivers, and Luck round out the next tier. Brees is not the QB he once was. The Saints have one of the best ground attacks in the game and a legitimate defense. They don’t need Brees to put the ball in the air 40-plus times a game anymore. Cousins has solid weapons around him and a strong defense. Now that he finally has the big contract he may finally relax and put up big numbers. Stafford is about as consistent as they come and is a safe play. Yeah, starting Roethlisberger on the road can be an issue as his splits are awful but perhaps a change in coordinators eliminates that problem. Rivers is sort of a forgotten man but like Stafford, also very consistent and won’t cost you much. Luck’s price is only going to get higher as fantasy owners start to believe in his health.

The position is so deep that even if you don’t end up with one of the top 12, you still have the likes of Matt Ryan (Atlanta), Jimmy Garoppolo (San Francisco), Alex Smith (Washington) and Marcus Mariota (Tennessee) available.

That gives you the wiggle room to wait while filling other positions early.