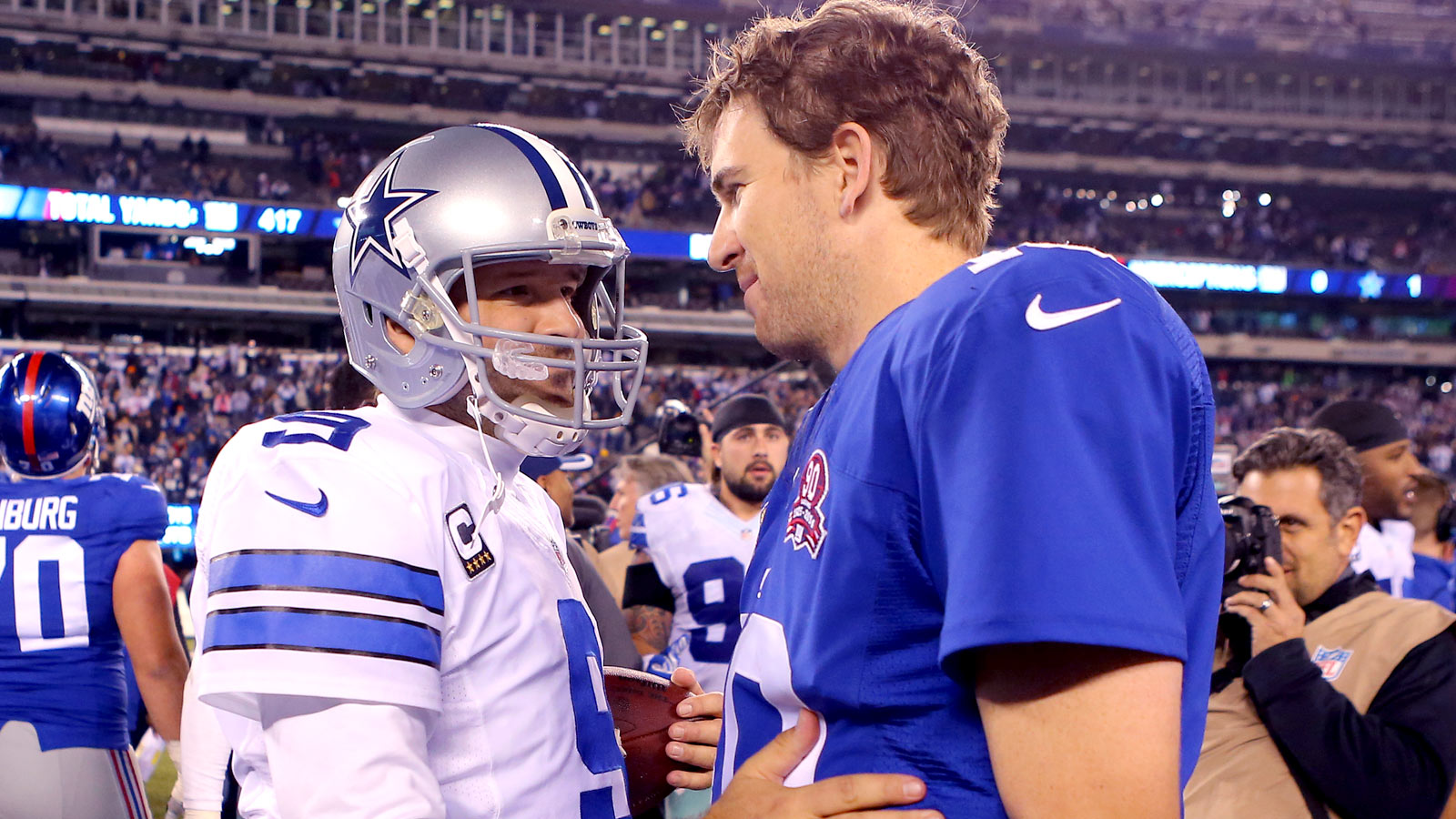 There might not be a pair of quarterbacks who get compared more often than Eli Manning and Tony Romo.

The two have quarterbacked division rivals for the past decade, swapping accolades and criticisms. The common argument is that Romo has pieced together a better statistical resume, while Manning has the huge arguing point of two Super Bowl championships.

But what about DirecTV commercials?

If you’ve been paying attention to NFL headlines this offseason, you’ve undoubtedly seen the ads featuring both Pro Bowl quarterbacks. In Manning’s commercial, he stars as "Bad Comedian Eli Manning" — an alter-ego version of himself.

Romo’s ad takes the cake, though, as he plays an unsettling alter-ego known as "Arts and Craftsy Tony Romo."

Asked about it Wednesday afternoon, Manning acknowledged that Romo was quite convincing.

"I enjoyed Tony’s. His was good," he said. "I thought he did … He seemed very creepy, so he did a good job portraying that role."

It’s been an active offseason for Romo on the promotion front. He also gained notoriety for starring in a Pizza Hut commercial that spoofed the infamous Dez Bryant non-catch in Green Bay.

The season has arrived, though, and Sunday will mark another chance for the two to square off. Manning famously won the first game at AT&T Stadium back in 2009 when the Giants beat the Cowboys, 33-31, but Dallas has won the last four meetings in the series. Romo is 9-6 as a starter against New York.

"I think Tony and I have a good relationship," Manning said. "Like you said, been competing these last nine years and seeing him during games, after games, before games and talk. We’ve kind of talked on the phone, text messaged over the years. I haven’t been around him outside football a whole lot, but I have great respect for him."