Recording artist Drake in attendance during the Kentucky-Wisconsin game during the Final Four on Saturday.

Hip hop superstar Drake had issues joining the celebration in the Miami Heat locker room after the NBA Finals last season, but he didn’t have any problems getting in to congratulate the Kentucky Wildcats on Saturday.

Following Kentucky’s thrilling win over Wisconsin in the Final Four, Drake made his way down AT&T Stadium to wish the Wildcats good luck for Monday’s national championship game against Connecticut.

”That’s great. He just told us to stay confident, and it’s on us now,” said Andrew Harrison, who had the pass to his freshman twin brother for the game-winning shot. ”Just keep playing and don’t be satisfied, so that was exciting for all of us.”

Seems obvious who Drake will be rooting for Monday. But just to be sure, someone asked him if Kentucky is his favorite team, and he responded, "Always."

Drake wasn’t the only celebrity at Saturday’s Final Four. A few famous quarterbacks were also in the building, including Hall of Famer and NFL on FOX analyst Troy Aikman, a three-time Super Bowl winner with the Dallas Cowboys; Seattle Seahawks championship quarterback Russell Wilson, who played at Wisconsin; and former Heisman Trophy winner Johnny Manziel, who is skipping his final two seasons at Texas A&M to enter next month’s NFL Draft.

Whoa! This is a lot of seats. Don't always claim my birth state since I grew up in Illinois, but I'm cheering for WI. pic.twitter.com/zSBNIQeSyZ

Former Duke teammates Christian Laettner and Grant Hill were in the building. Laettner made perhaps the most memorable shot ever in the NCAA tournament, his game-ending turnaround jumper after a court-length pass to beat Kentucky in 1992. 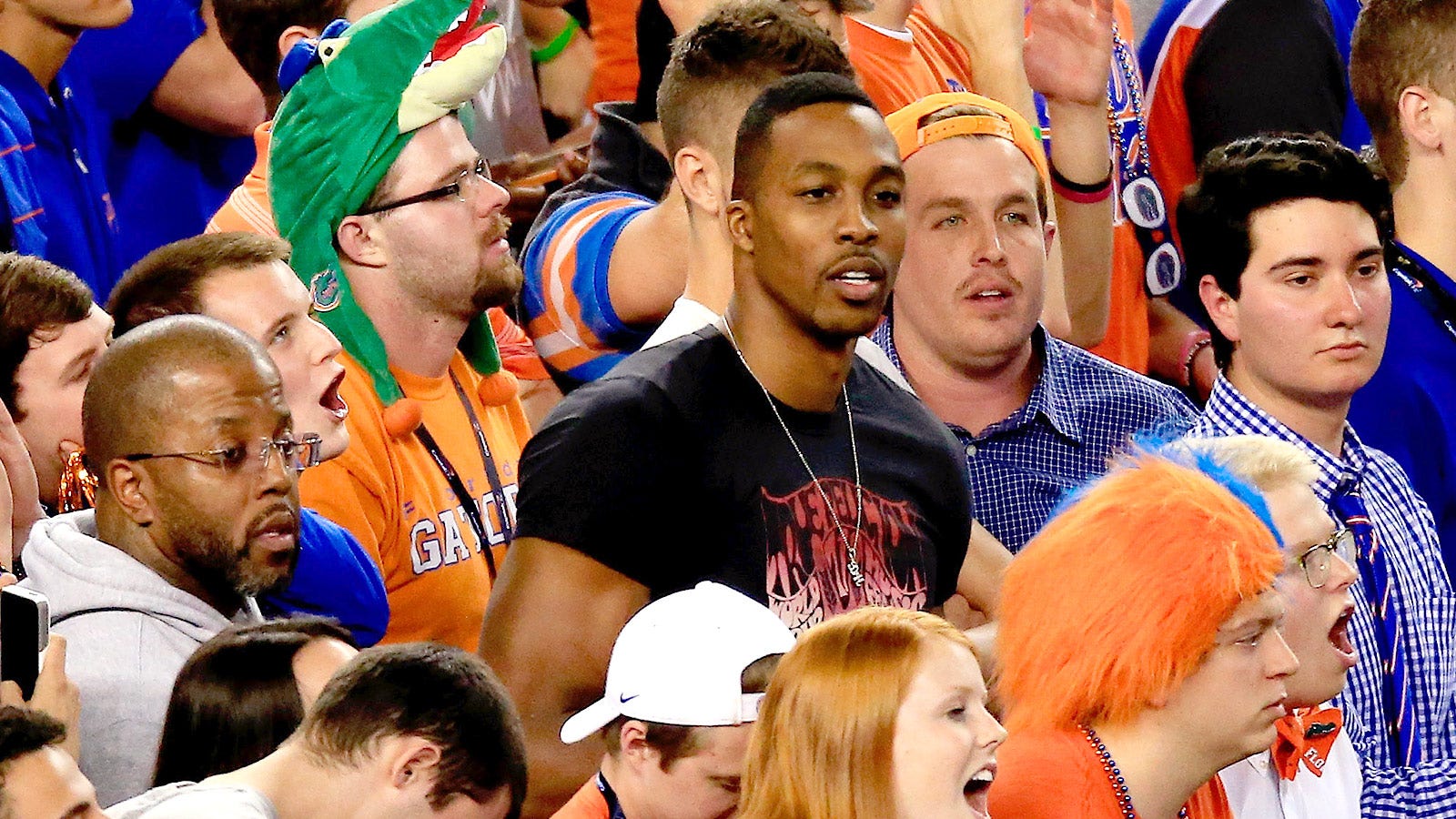