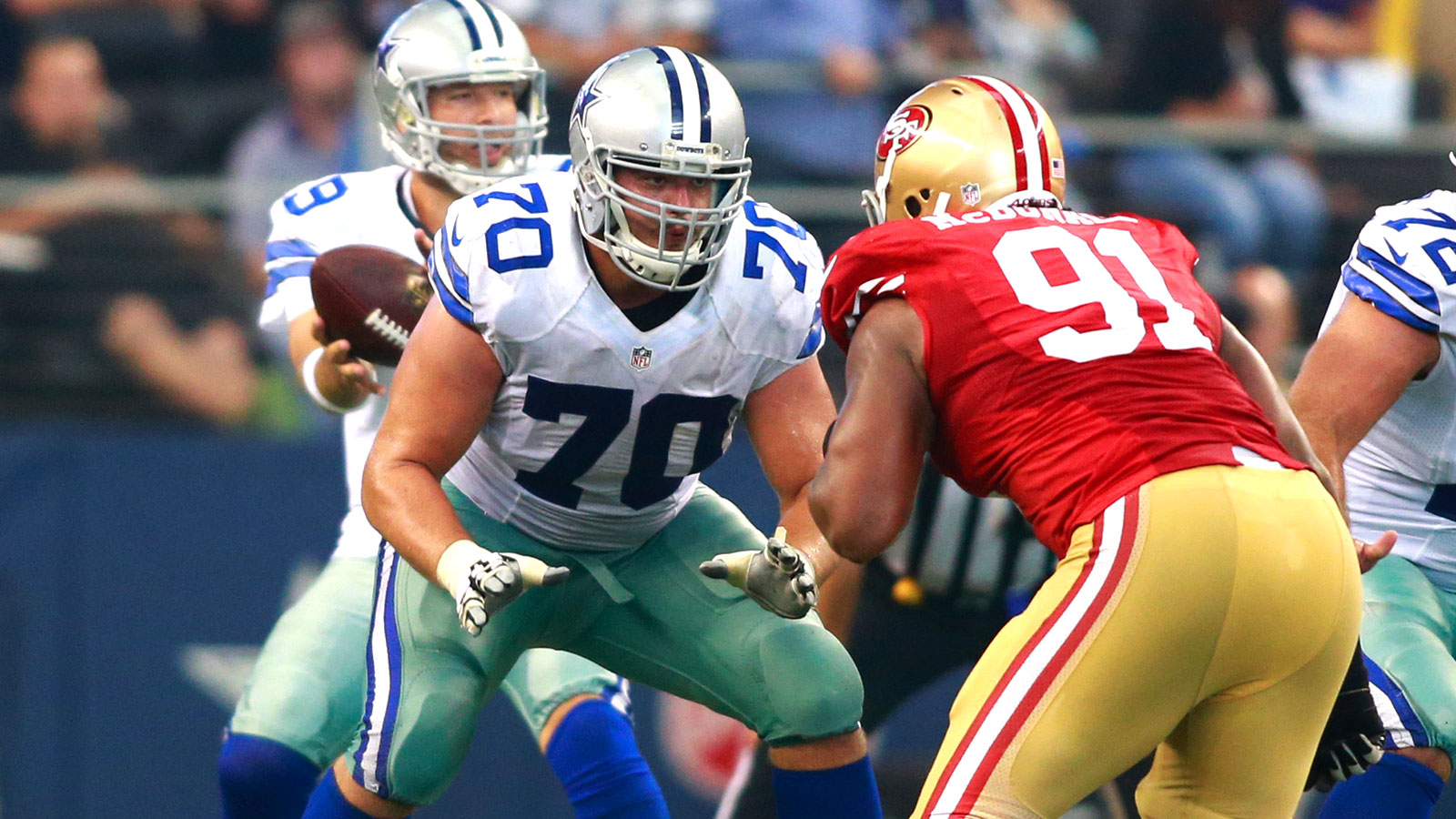 Cowboys right guard Zack Martin was the honorary chairman of the 8th annual Silver Dollar at the Ranch, a pediatric cancer fundraiser for Speedway Children’s Charities.

Martin wasn’t alone. Just as he has help in pass protection in run blocking on the field, so too did members of offensive line unit appear to lend support, chiefly left tackle Tyron Smith and right tackle Doug Free.

"We are very close as an offensive line group," said Martin. "If someone’s got something going on, they’re always willing to get a group of guys to come out here and help out. So, I thank them coming out here and supporting, not only me, but this organization."

Along with being honorary chairman, Martin donated items for the live auction, including a jersey he signed as well as two tickets to the Cowboys’ opening day match against the New York Giants at AT&T Stadium on Sept. 13. The 24-year-old lineman from Notre Dame also pitched in two tickets to an autograph session with the offensive line the day before the Week 1 NFC East encounter.

Martin even got on stage to help the auctioneer drive up the price of his generous package.

.@thegob70 helped the auctioneer get a great bid on his Cowboy's jersey! Thanks for helping us fight cancer! #SDATR15 pic.twitter.com/omCPm6dcbl

Saturday night marked the second charity fundraiser Martin has attended since May 1 with two more charity appearances awaiting during the rest of the month. His motivation for giving back so much is to meet and see "the people that root for you and look up to you."

A couple of Martin’s fans are a couple of boys named Spencer, age 13, and Lance, age 10. Both children have endured much discomfort in the name of treating their maladies. Yet, they remain healthy, resilient, and happy to see a Dallas Cowboy or two.

"There’s nothing better than seeing a kid or someone when you put your time in and help them out and they really appreciate it," Martin said.

According to Chairman Sherri Hale of Silver Dollar at the Ranch, all proceeds from the event go directly to support pediatric oncology initiatives in the Dallas-Fort Worth area.