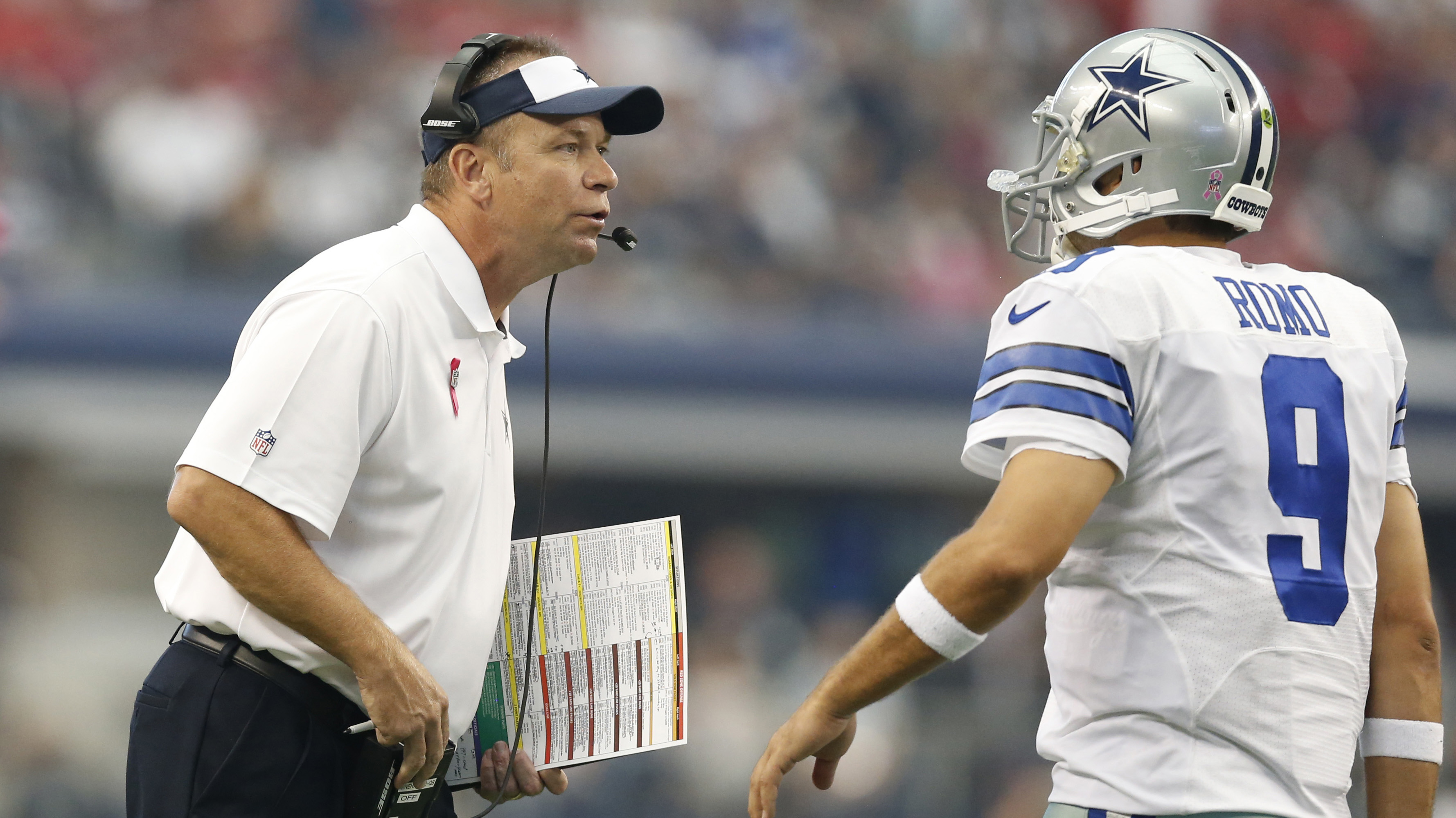 IRVING, Texas â Scott Linehan has had an impressive first year on the job, and it hasn’t gone unnoticed around the NFL.

Reports surfaced Sunday that the Oakland Raiders had asked for permission to interview Linehan for their vacant head coaching position. It hasn’t been confirmed, but it stands to reason that several other clubs could be interested in his services.

Asked about it Sunday night, Cowboys owner/general manager Jerry Jones wasn’t in a rush to comment. He was confident, however, that Linehan’s focus was on the present for the time being.

"I don’t comment on any off those reports. But he has told me he wasn’t planning to talk to any teams until after we’re through in the playoffs," Jones said.

It’s understandable, given the Cowboys’ success in Linehan’s first year as play caller and passing game coordinator. Dallas has one of the league’s most balanced offenses, helping them finish No. 7 in the league in total yardage.

A big part of that is the Cowboys’ second-ranked run game, which produced an 1,800-yard rusher in DeMarco Murray. Dallas ranks just 16th in passing yardage, but Linehan has helped Tony Romo produce the most efficient season of his established career.

"I think his relationship with Tony is a thing of beauty. It’s magical," Jones said. "I read something the other day where Tony said ‘He is thinking of it as I’m saying it. The ideas that he comes up with, I’m ready to talk to him about.’

"He’s not only got that but he is sharing with Tony how to execute them, which I think is very good because when it comes to ideas and ways to move the ball, Tony is an all-day sucker."

Prior to Sunday’s wildcard game against Detroit, the second-best defense in the league, Romo and the Cowboys were averaging 41 points and 403 yards of offense per game during their defending winning streak.

The Cowboys’ 467 total points during the 2014 season was the second-highest total in franchise history, as they scored 30 or more points 10 times and 40 or more points three times.

Linehan had a three-year stint as the Rams’ head coach from 2006-08, and he took the offensive coordinator job in Detroit after being fired.

It looks like a reasonable guess that he’ll hear from multiple teams about vacancies â just not until after the playoffs.