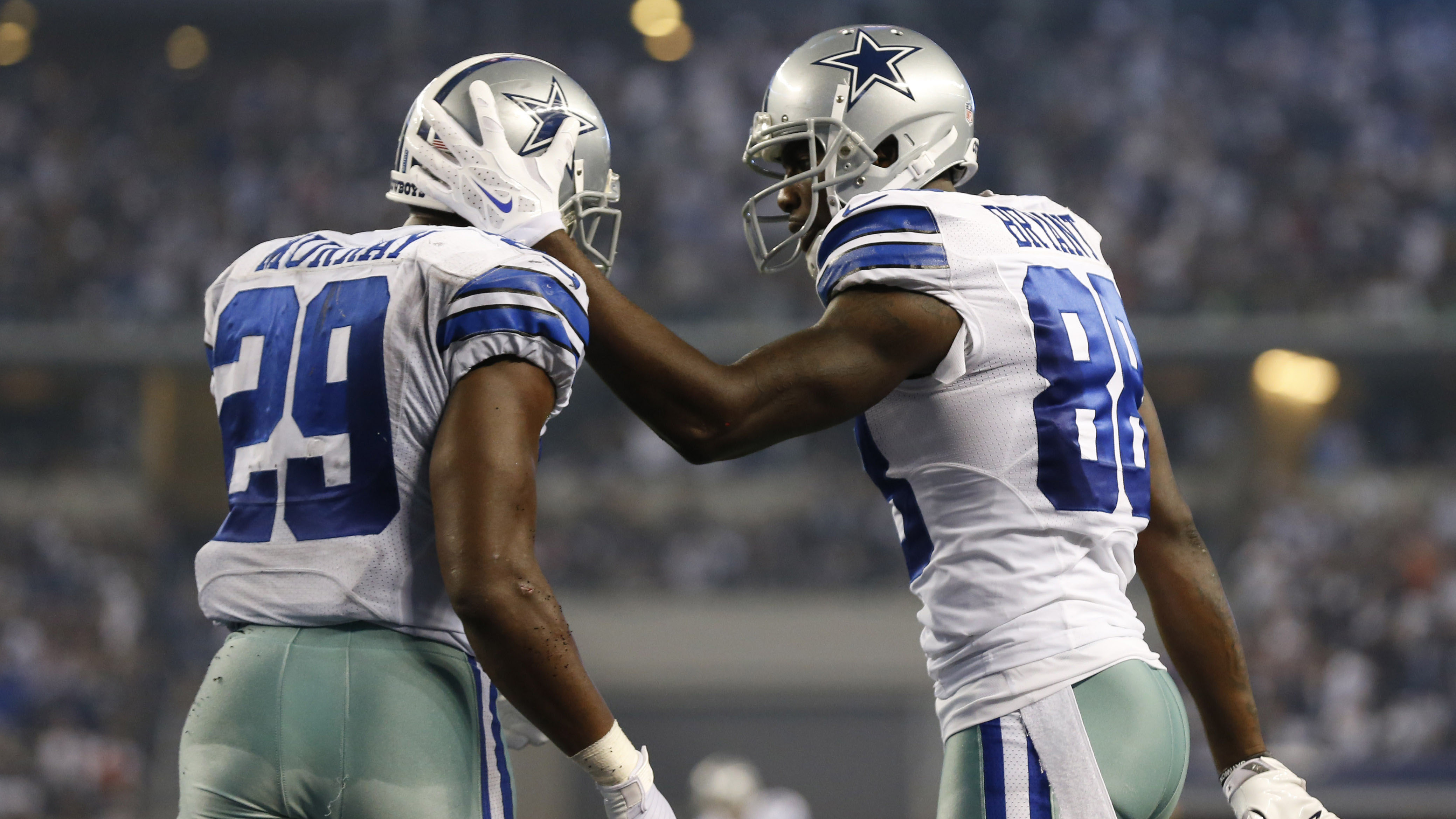 IRVING, Texas — He didn’t make any sweeping declarations, but Cowboys owner/general manager Jerry Jones admitted Thursday what has seemed obvious for some time. It seems unlikely both Dez Bryant and DeMarco Murray will be members of the Cowboys in 2015.

"Is it possible? Yes," Jones said. "But if you just look at it from the standpoint of dollars and cents, it probably doesn’t look reasonable."

The Cowboys’ duo of All-Pro weapons will be at the center of many offseason conversations as the franchise nears the free agency window. Bryant just finished his rookie contract after three-straight seasons with 1,200 or more yards and 12 or more touchdowns. In 2014, he led the NFL with 16 receiving touchdowns.

Murray just concluded a contract season that saw him win the NFL rushing title with 1,845 yards. After injuries hampered his first two seasons, he’s enjoyed back-to-back 1,000-plus yard seasons for a combined total of 2,966 yards in 2013 and 2014. He’s rushed for 22 touchdowns in the last two years.

Those stats spell out an obvious truth: Both Cowboys Pro Bowlers are going to command a hefty price this spring.

"At the end of the day you do realize it’s going to be costly to have both those players," Jones said.

Jones said Thursday that he anticipates the Cowboys will be able to spend money in free agency season, as they have needs along their defensive front and perhaps at cornerback. Compared to recent seasons, they should have more flexibility to do that.

"It just is going to depend. What is the good news is, we’re in a lot better shape under the cap than we’ve been at any time over the last two or three years," Jones said.

The Cowboys have plenty of roster decisions to make within their own building. Behind the marquee pairing of Bryant and Murray, key players like Doug Free, Jermey Parnell, Justin Durant, Rolando McClain and Bruce Carter are all up for renewal.

"We’ve got more flexibility. And we’re going to learn from the success and the how we’ve made our decisions," Jones said.

What that means going forward is open to interpretation. Jones did not want to get into specifics about any impending free agents. But with their coaching staff taken care of, the Cowboys can turn their attention to their roster — headlined by what to do with Bryant and Murray.

"There’s no timeframe. We could easily be visiting about that immediately with them. Because we have them under contract, we can talk to them anytime," Jones said. "So really the order of our day, we’ve got a lot of work to do on our roster."