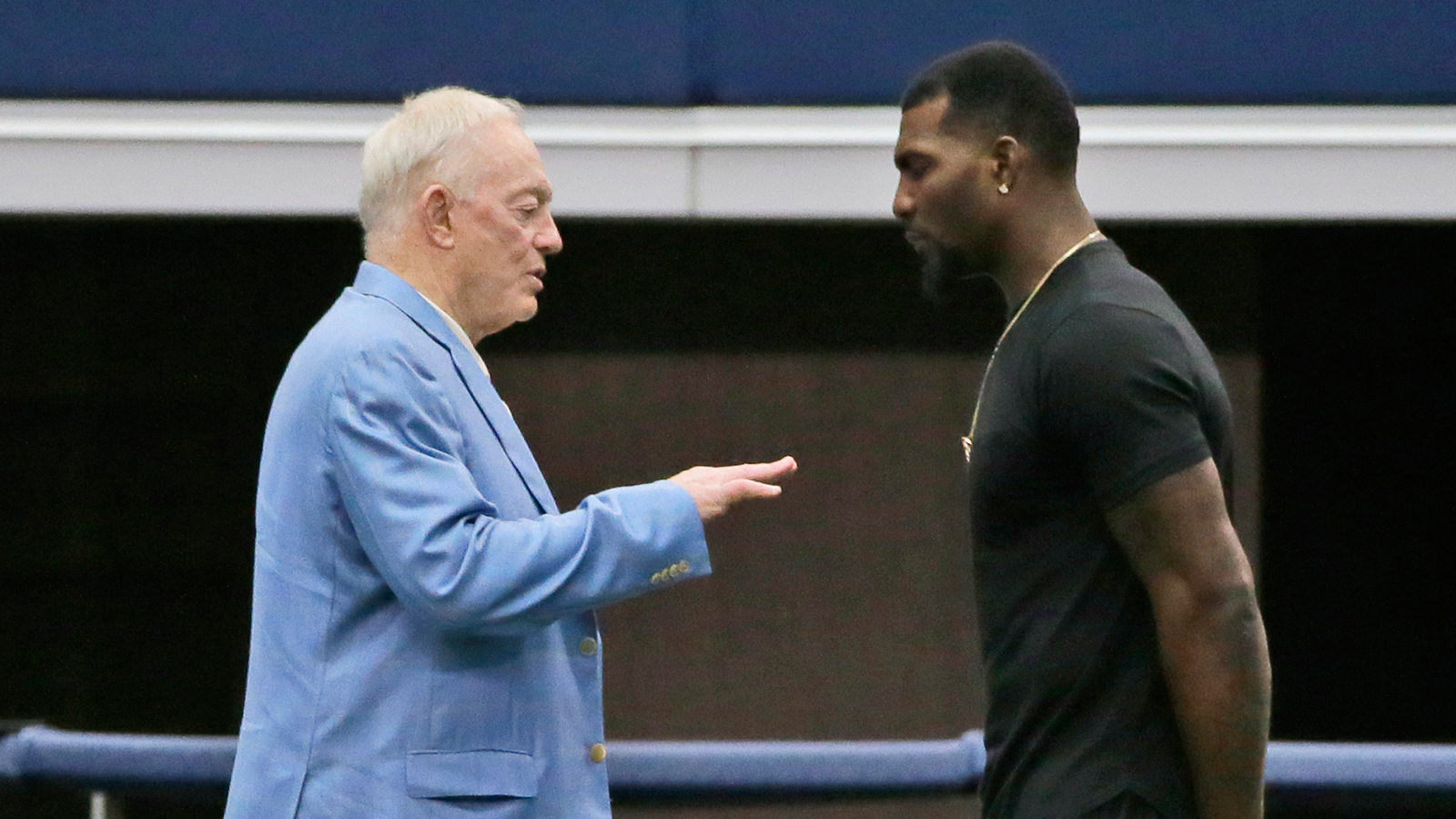 Another No. 88 has become part of a Hail Mary. But Dez Bryant’s comes in the form of a last-minute negotiating ploy.

What it sounds like is one last-ditched attempt by Bryant and his representatives to gain some leverage. The Cowboys will likely call Bryant’s bluff on this one. They’d love to have a long-term contract in place, but there’s no sign it will happen before Wednesday at 4 pm. Jerry Jones and son Stephen don’t believe for a second that Bryant has the fortitude to leave $750,000 single game checks on the table. And since Bryant couldn’t even bring himself to skip an entire minicamp, what makes anyone think he’d miss games?

As much as I love football…on my beautiful babies.. I apologize #cowboynation but I will not be there if no deal #fact

Jerry can’t muster a lot of sympathy because he rightly believes $12.8 million is a lot of money for one season. Bryant hasn’t been able to view this as simply business, and that’s understandable. He’s seen left tackle Tyron Smith rewarded with a lucrative long-term contract. Bryant also watched the Cowboys decide not to spend lavishly on DeMarco Murray.

He’ll show up at some point and compete just as hard as ever. But his absence in training camp could serve as a distraction for a potential Super Bowl contender.

And there’s one more angle that no one’s really talking about. If Bryant becomes convinced that Tony Romo isn’t lobbying for him hard enough, it could cause friction. That’s what happened between Drew Brees and Jimmy Graham heading into last season.

It would bother Bryant immensely to be separated from his teammates during training camp. Jerry’s betting that Bryant doesn’t have the resolve for that approach. And he’s probably right.