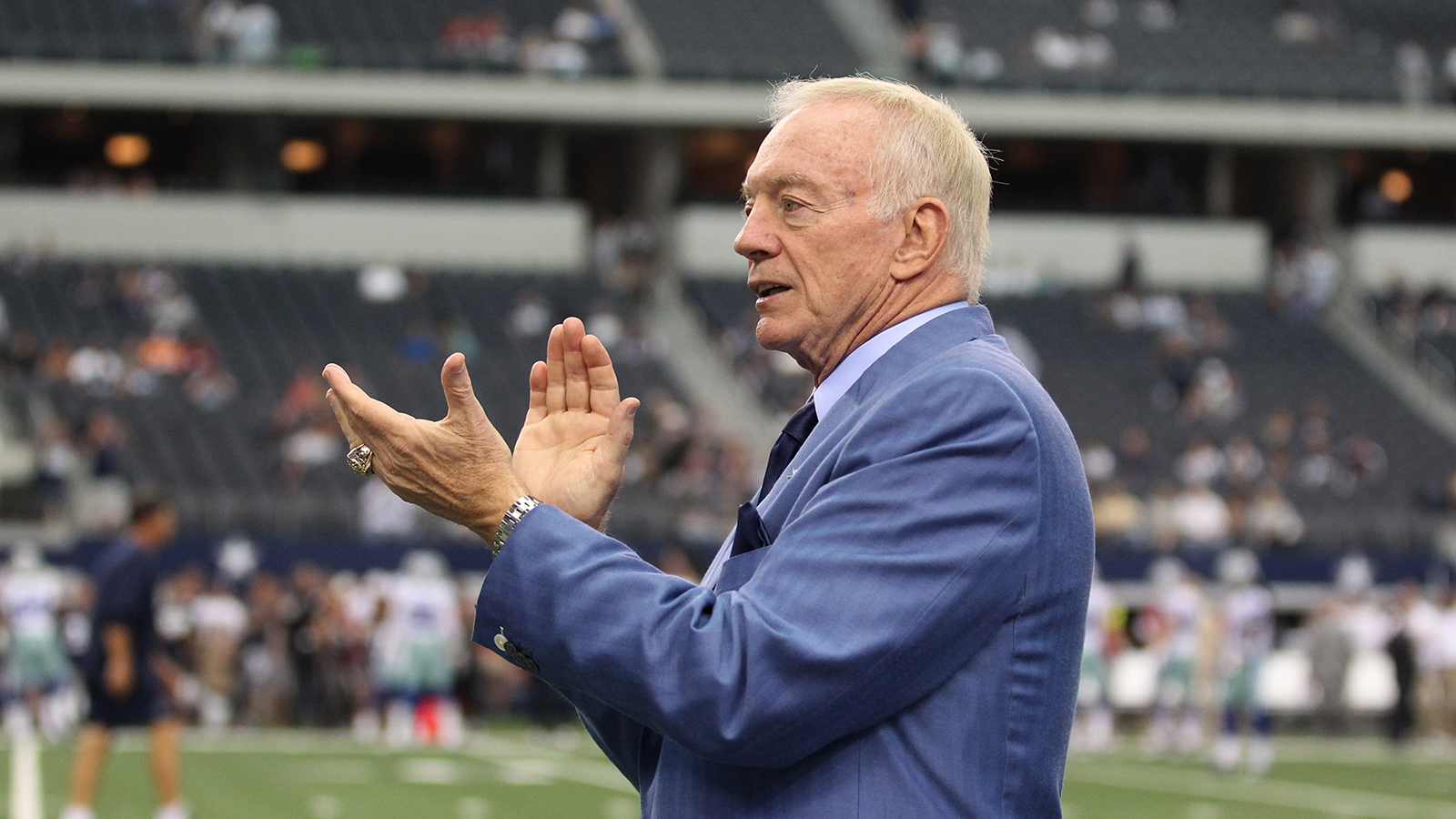 Jerry Jones is living proof that it’s possible to excel as an NFL owner while failing as a general manager. He’s basically provided the blueprint for this awkward balancing act.

And the biggest problem is that he has no clue how to separate the two gigs. It’s why at least twice this season he basically scoffed at reporters who dared suggest his football team was stuck in neutral. The most appalling response occurred after a reporter asked him if he was "embarrassed" by missing the playoffs for the fourth consecutive season. Jones, one of the most affable billionaires you’ll ever meet, stared daggers at the young reporter.

"I don’t know," said Jones, his tongue dipped in sarcasm. "Would you get embarrassed if you were standing in this stadium? Seriously."

Jones paused while staring at the reporter. And when another reporter tried to end the awkward showdown, Jones finished his thought: "The answer is no. Not at all."

He’d delivered basically the same message after a stunning collapse against the Packers a couple weeks earlier. Jones believes that his achievements as an owner — namely building one of the most recognizable stadiums in the world — should more than make up for a football team that has two playoff wins since 1996. He’s certainly willing to do whatever it takes to end this embarrassing drought, except of course abdicating his title as general manager.

This man, who will outlive most of us, believes fervently in this model because, in his words, a general manager would still have to report to him. He’s admitted that he would’ve fired a GM with his track record, which is little consolation to a fan base that has distant memories of Super Bowl titles.

It was 20 years ago that Cowboys head coach Jimmy Johnson called into Randy Galloway’s radio talk show on WBAP to guarantee the Cowboys would defeat the San Francisco 49ers in the NFC title game. He had heard Dan Reeves make a prediction about the game and decided that he would offer his own take.

"We’re going to beat their rear ends, and then we’re going to the Super Bowl. … We will win. And you can print that in three-inch headlines," Johnson famously said.

Told of the quote, 49ers coach George Seifert said, "Jimmy Johnson’s got balls. I guess we’ll find out soon whether they’re made of brass or paiper-mache."

That seems like a lifetime ago. All that remains is some of the arrogance. But unfortunately it has more to do with AT&T Stadium than the product on the field. The 49ers went through a similar lull as the Cowboys from 1999 until the hiring of head coach Jim Harbaugh. They have now reached the NFC title game in each of Harbaugh’s three seasons. With young quarterback Colin Kaepernick likely at the helm for the next seven or eight years, the 49ers have a chance to build something similar to the Patriots, a team that has won at least nine games in 13 consecutive seasons.

I’m wondering when the new-car smell will wear off the stadium in Arlington. It’s already hosted an NBA All-Star game and it will soon host a Final Four and the college football national title game. It will remain one of the premier facilities in the country for many more years, but how long will Cowboys fans settle for mediocrity? My gut tells me these fans only have one more 8-8 season left in them.

If they stopped showing up, would Jerry be forced to do something drastic? And I’m not talking about a scheme change.

Does it hurt to dream?