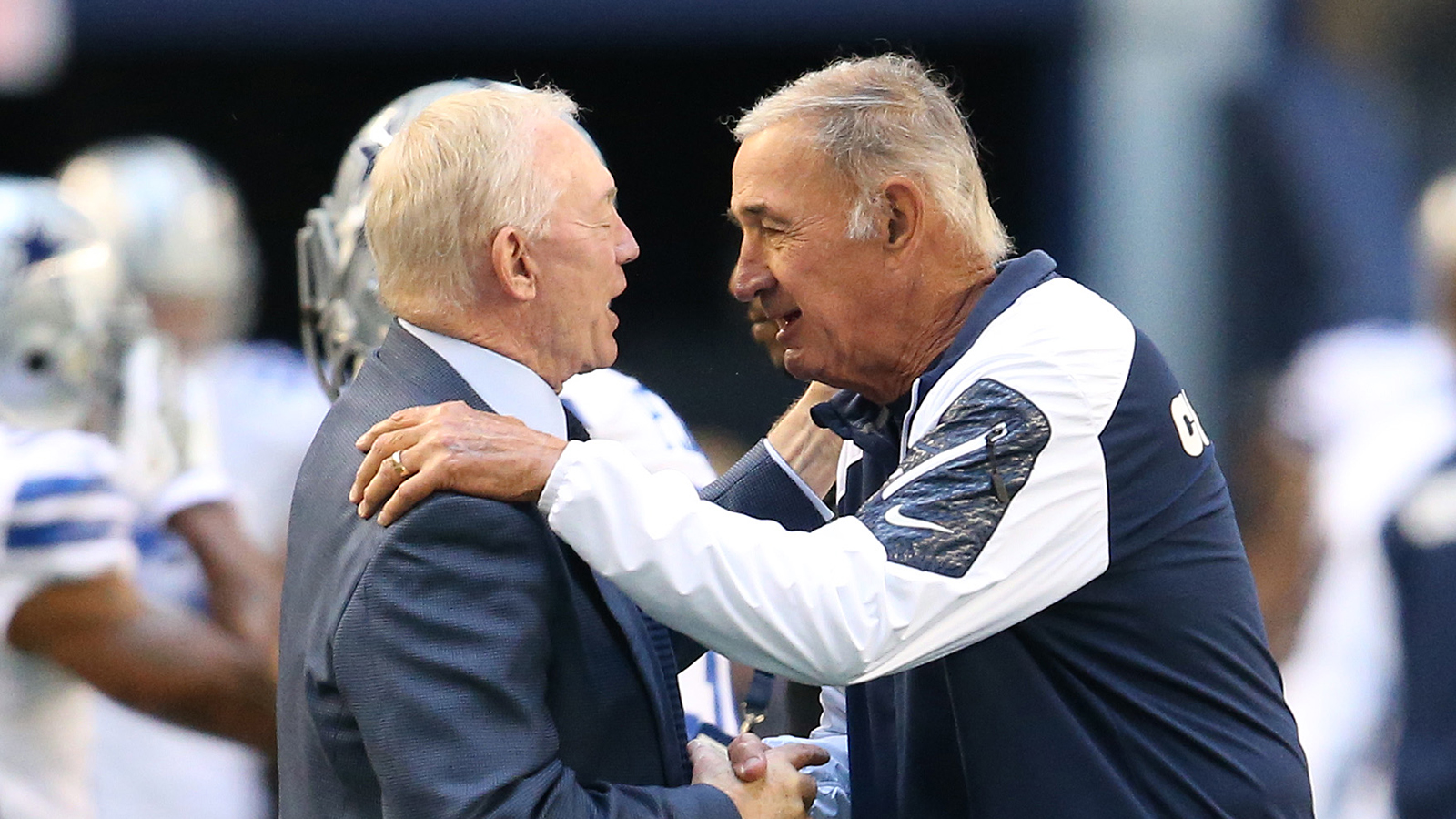 IRVING, Texas — Our report from the end of the Dallas Cowboys that has ownership considering an amicable retirement for 73-year-old defensive coordinator Monte Kiffin and an elevation of his lieutenant Rob Marinelli was always a "consideration” and is still in play.

What’s the holdup? What are the factors involved? There are a few of them.

*"Jerry Jones has almost always been very slow to fire people,” a source close to the Cowboys owner tells me. "He doesn’t like to do it. He doesn’t want to do it.”

*Kiffin is still at work at Valley Ranch — on Wednesday he was still in his office past 9 p.m. preparing for the April NFL Draft — and he has no desire to retire even after his defense struggled as Dallas finished 8-8.

*I’m told Kiffin has a second year of "considerations” as part of the contract he signed upon coming to Dallas last spring. That money doesn’t have to be a Jones blockade to change, of course. But it’s different that Kiffin having what some people think is a "one-year deal” that can simply not be renewed.

*National reports that Marinelli was automatically going to leave Dallas to join close friend Lovie Smith in Tampa Bay were always bogus because Marinelli remains under contract here and can only break his contract if elevated to a head-coaching job elsewhere. He does not wish to stride over the fallen body of another close friend and mentor in Kiffin; that’s why any change must ideally be amicable.

There’s another wrinkle here, though: What if Marinelli doesn’t especially want to be the defensive coordinator here? What if he wants to fulfill his duty to the Cowboys as defensive-line coach and then maybe next season make the move to Tampa?

*Interestingly, while Kiffin is at work and while our report on Chris Boniol’s departure from Valley Ranch solidifies special-teams coordinator Rich Bisaccia’s spot, offensive coordinator Bill Callahan — who I reported two weeks ago joined Kiffin "on thin ice” — has been conspicuously absent from Cowboys HQ some days.

The Cowboys could eventually turn their offensive attention to Norv Turner. And defensively, depending on what happens with Kiffin and Marinelli, candidates for the coordinator job figure to include fired Lions coach Jim Schwartz and ex-Dallas defensive back Ray Horton.