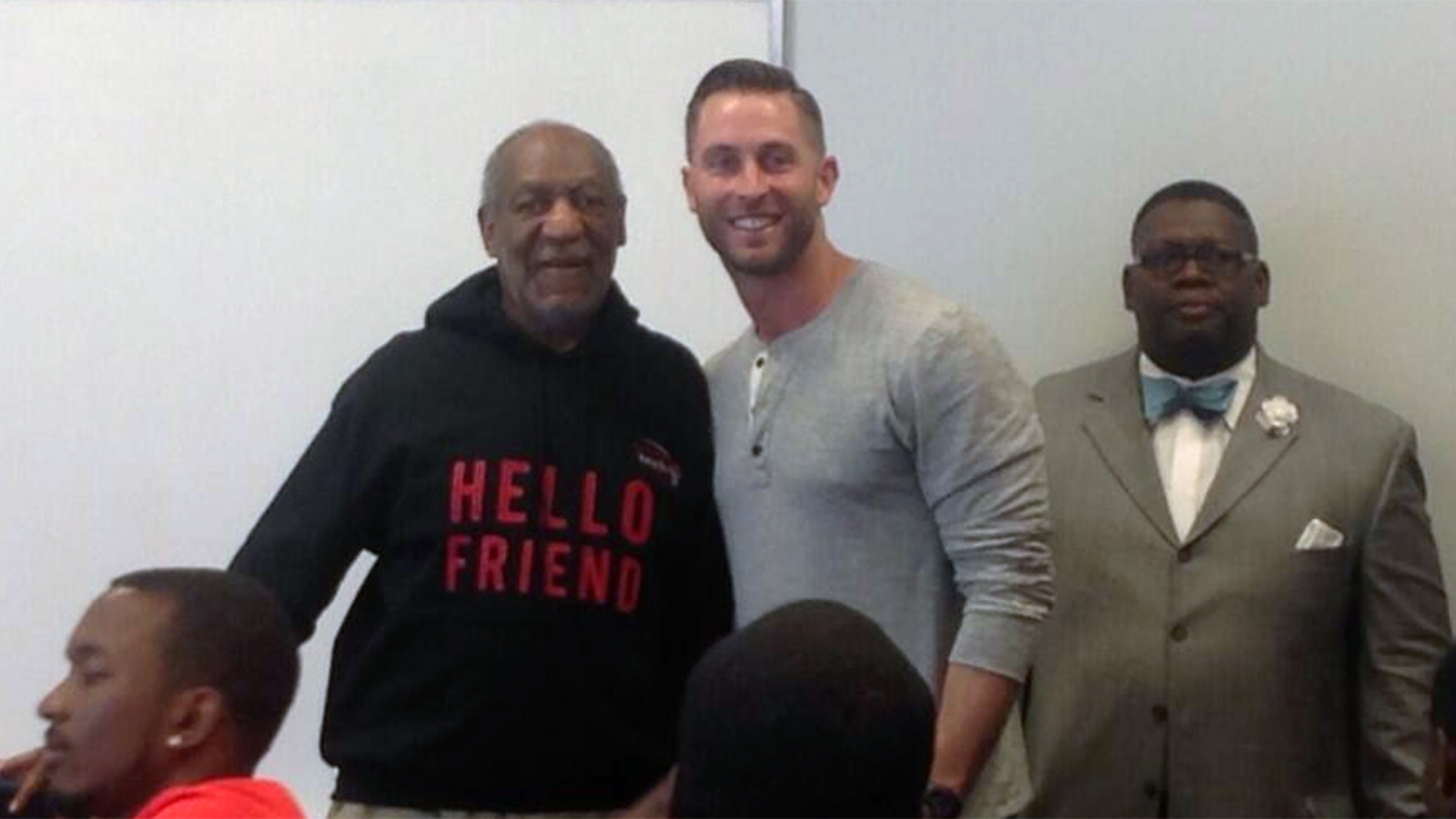 The legendary comedian is motivating young people, and his latest stop was Lubbock, Texas where he met with Texas Tech coach Kliff Kingsbury and the Red Raiders.

Never know what the day will bring: Today, it's a visit from the legendary @BillCosby. #WreckEm @TTUKingsbury pic.twitter.com/C34FlN2N8k

Great impromptu message @BillCosby to many Red Raiders on the importance of being a student as well as an athlete. pic.twitter.com/bVZPqxXPxl

Hanging out with Bill Cosby pic.twitter.com/zKz2qNYain

Cosby’s visit wasn’t just for football. He was in West Texas speaking to hundreds of students.

Spoke to young teens today with the legendary @BillCosby pic.twitter.com/lvm43Hk0ng

@BillCosby Thanks for inviting me to speak with you today.

Kingsbury has been an expert at drawing a crowd lately, but Cosby didn’t need to dance like him to get the players’ attention.

"This is college, Tech was not founded on a football helmet. This is a place of opportunity & it will be you the rest of your life." -Cosby