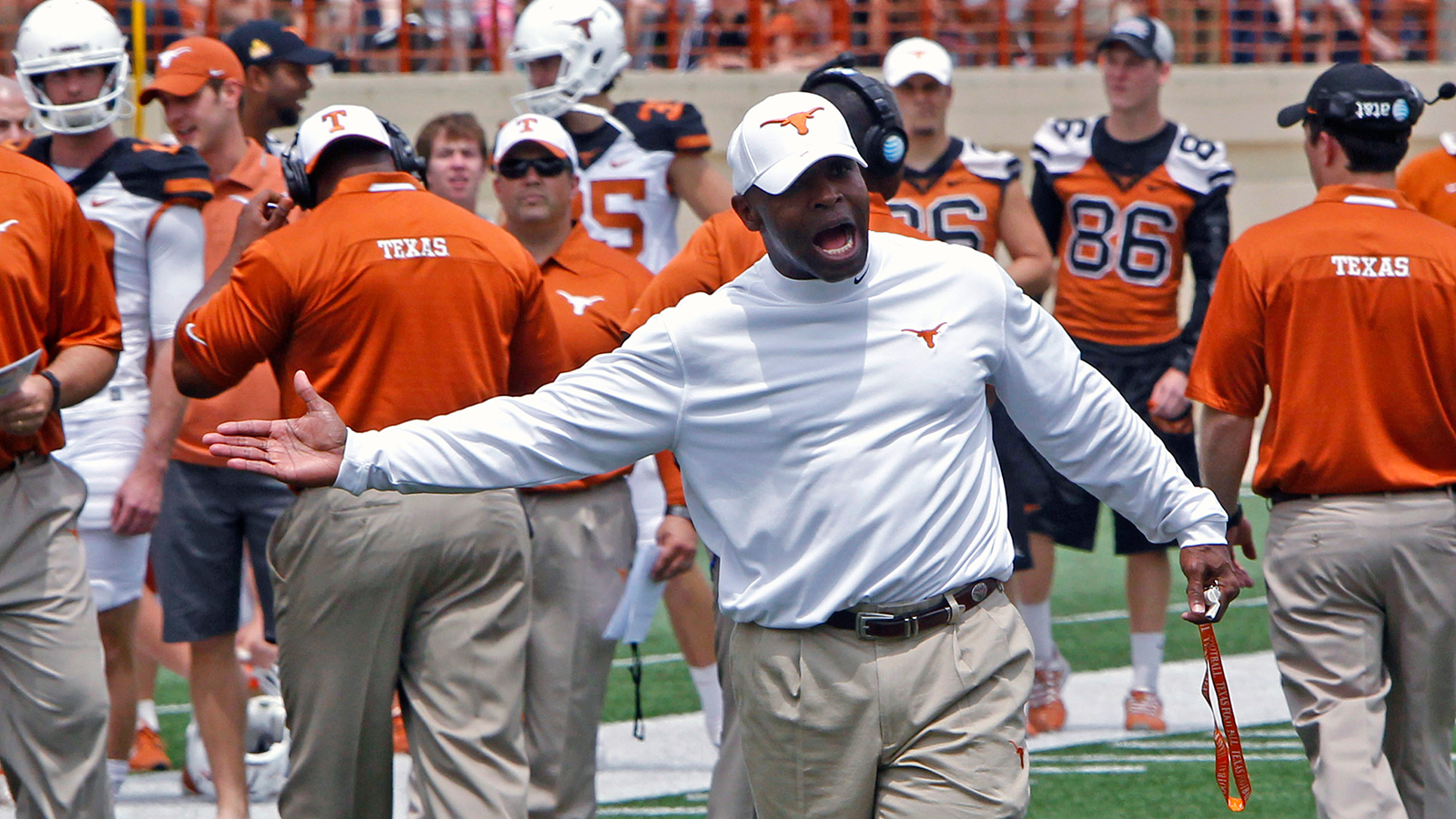 Expectations are always high at Texas where a football season without a championship is a major disappointment.

Just ask former head coach Mack Brown, who always seemed to be on the hot seat in the minds of fans despite bringing the program back to national prominence during his 16-year tenure.

Brown won the 2005 national championship, and had the Longhorns back in the title game four years later.

The burnt orange faithful have grown impatient since, and new coach Charlie Strong says they will likely have to wait a little longer.

"We have everything available, and I don’t know why we can’t be successful," Strong told fans at an event in Fort Worth, according to a report by the Austin American-Statesman. "There’s no reason for us not to be. Now, I can’t tell you how soon it’s going to be. Don’t hold me to that. Don’t say, ‘Oh, coach said next year we’ll be in the national … ‘ We will not be in the national championship game."

During the Brown era, Texas had its pick of the best high school prospects in the state. And with arguably the best facilities in Austin at college football’s most powerful program, it’s not surprising that the players and fans believe they should no doubt be the best team on the field every Saturday.

But Strong is working this offseason to give his players a reality check.

"A lot of our guys, they feel entitled and they get a little complacent because of where we are," Strong said. "So then as a coaching staff, that’s what we have to be so conscious of when the guys feel they are a little better than what they are. It’s all about building their confidence, and I tell them each and every day. You are a good football player. Don’t let anyone tell you that you’re not."