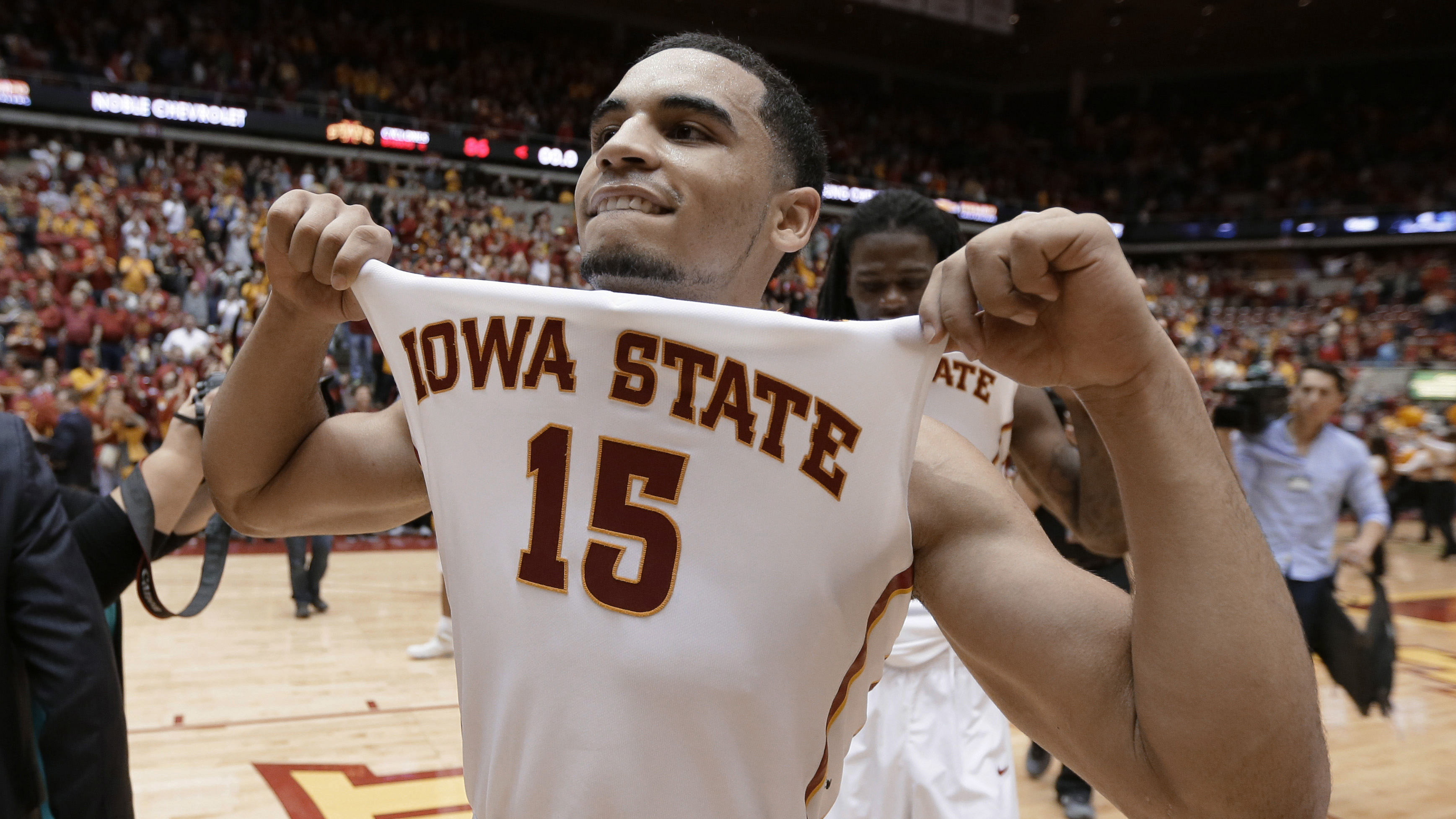 Less than a third of the way through conference play, it seems like everybody in the Big 12 has an impressive loss and an ugly win–most of the time by 15-20 points or more. As such, the first Big 12 Hoops Power Rankings of the season are a complete mess. Iowa State and Kansas are easily the league’s top two teams, but the gap between them and teams 3-7 (and even 8) isn’t very far.

Theoretically, you could make a case for teams 3-7 in almost any order and the team in my No. 8 spot could easily be much higher if it wasn’t coming off a tough week.

Without further ado, here’s where the Big 12 Power Rankings sit with four or five games complete in league play.

1. Iowa State 13-3, 3-1 Big 12: Jameel McKay’s stretch in the second half stocked with dunks and layups in transition on one end and shots blocked and changed on the other was one of the best by any individual we’ve seen all year. Despite missing the first half of the season, he might be making a run at the Big 12 Newcomer of the Year. The two-time juco All-American and Marquette transfer has lived up to lofty expectations and has given Iowa State yet another weapon on a loaded roster alongside Georges Niang, Monte Morris, Naz Long and Dustin Hogue. ISU is the Big 12’s best and most cohesive team right now, even if KU has more upside or raw talent. The Cyclones proved it on Saturday night. Fred Hoiberg has built a beautifully complete team capable of a another deep run in March.

2. Kansas 14-3, 3-1: Iowa State’s speed and ability to run gave KU fits. The Jayhawks know what they can get out of guys like Frank Mason and Perry Ellis, but the rest of the roster has struggled with consistency. The lack of an interior defender like Joel Embiid, Jeff Withey and Cole Aldrich shows when Iowa State shoots 50 percent from the field, and it’s made worse when KU struggles to stay in front of strong penetrators. Still, KU excels in and isn’t shaken by close games, and the ease with which belief comes will make it difficult to hold off the Jayhawks from winning yet another title. Bill Self’s teams always improve the most in January and early February.

3. Oklahoma 12-5, 3-2: Buddy Hield scored 27 points on 10-of-10 shooting and helped Oklahoma bounce back from being routed in Morgantown to embarrassing Oklahoma State in the first edition of Bedlam. The Sooners’ resume now includes a 21-point road win over Texas and wins over Baylor and Oklahoma State, but the Sooners have also been a bit inconsistent. The 21-point loss to West Virginia was ugly, but Tashawn Thomas has been as good as advertised for the Sooners.

4. Texas 13-4, 2-2: The Longhorns may have awakened from their funk after double digit losses to Oklahoma and Oklahoma State. Cam Ridley scored a season-high 19 points and added six boards. The Longhorns still haven’t peaked since Isaiah Taylor’s return, but a 27-point win over West Virginia is a good place to begin an ascension. UT’s ceiling is high.

5. West Virginia 15-3, 3-2: If you can figure out West Virginia, please let me know. The Mountaineers had Iowa State on the ropes and let them get away, but blew out Oklahoma three games later. Then Saturday, it got run out of Austin by 27 points. If WVU doesn’t produce easy buckets out of the press, it struggles, and too often, gives up layups to teams who escape the press.

7. Baylor 13-4, 2-3: The Bears have plenty of talent with guys like Kenny Chery, Rico Gathers and newcomer Johnathan Motley, but you’ve got to win the close ones. Baylor’s losses to K-State and Kansas came by a combined three points, but a ton of the games in the Big 12 this year will shake out like that.

10. Texas Tech 10-8, 0-5: The Red Raiders have two Big 12 losses by 20 points or more and just one by fewer than nine points. Tubby Smith’s team looked improved down the stretch last year, but looks like it has taken a step back this season.