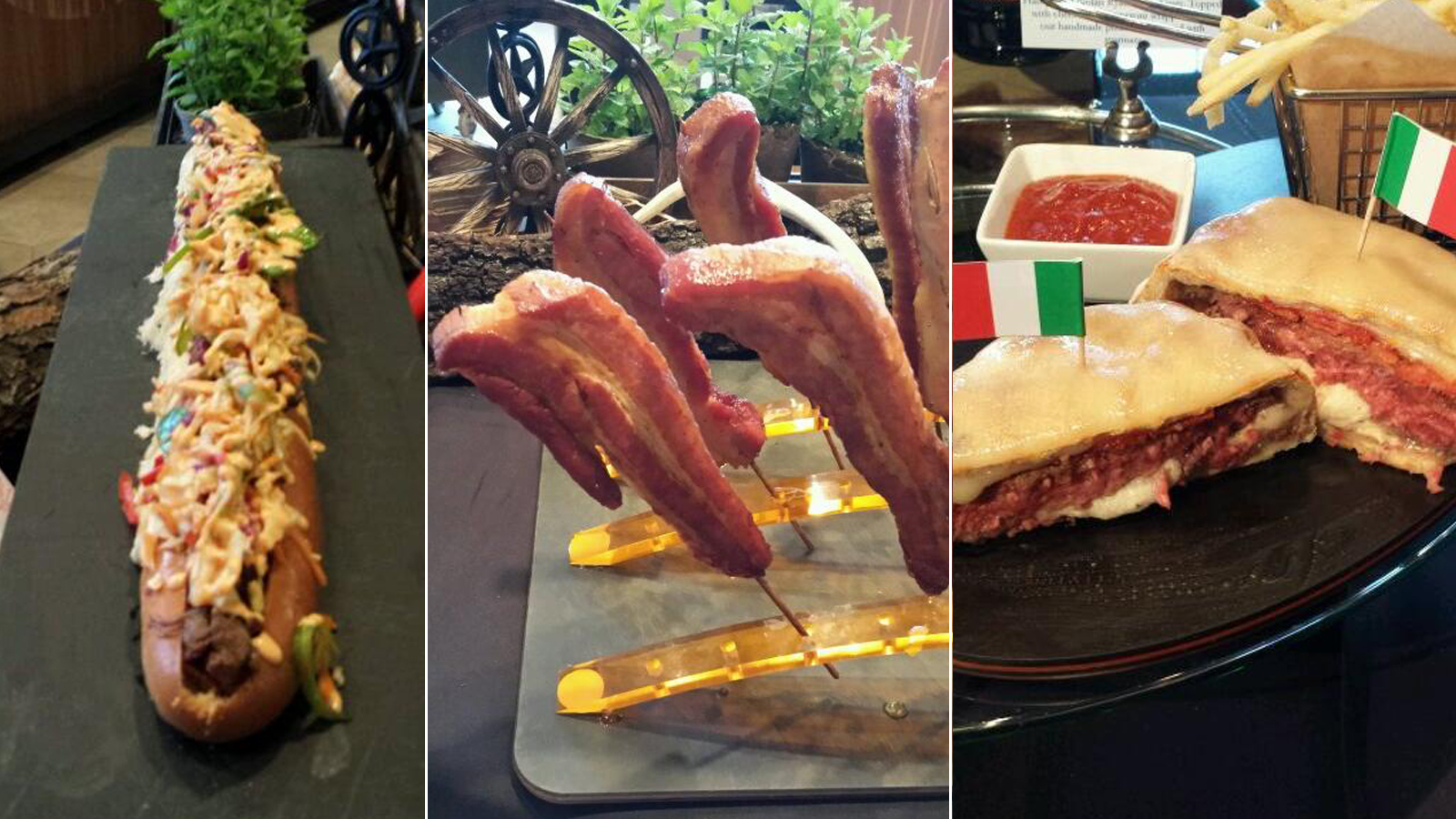 ARLINGTON, Texas — The Texas Rangers have never been afraid to take risks when it comes to ballpark food.

It appears the team has latched onto a sure thing this year though.

Bacon on a stick will make its debut this season as part of a host of new concession foods the club revealed Wednesday.

Everything from a new Shin-Soo Choo inspired Choomongous to a pizza burger to frozen beer will be available in different parts of Globe Life Park this season.

But it appears the $7 bacon will be the star of the show. The hunk of Hungarian bacon is smoked and covered in a maple glaze. And since it’s on a stick, it offers the kind of portability ballpark fans want.

Bacon on a stick making debut at Rangers gamea this year. pic.twitter.com/jeX6BA0JI2

"It’s a great product," said Sportservice general manager Shawn Mattox. "It’s got a great price point. And really, who doesn’t like bacon? The fact that it’s on a stick is a plus too for fans."

Bacon is just one of the new things available in the general concession areas. There’s also a new brisket hot dog, brisket sausage and the Choomongous.

The Choomongous is a two-foot long concoction that includes Asian beef, spicy coleslaw and a bun. It’s not for the faint of heart appetite wise or price wise with a sticker price of $26.

The Choomongous replaces some other of the player-inspired dishes that are no longer available like the Murphadilla (David Murphy) and the Mitchwich (Mitch Moreland). The park is keeping the Boomstick hot dog, which is a two-foot long dog that was originally named for Nelson Cruz.

The Captain Morgan Club behind home plate will have new food too with a Mexican style shrimp cocktail, Texas style caprese salad, a Texas barbecue sampler and a pizza burger.

The pizza burger, made with Nolan Ryan beef, is sold at Captain Morgan Club. pic.twitter.com/ISp6OoN7bq

"We changed here and there," said executive chef Cris Vazquez. "It’s time to thing outside the box and offer more stuff for the fans. The good thing here in the ballpark is we have a good staff and they always challenge themselves to try new items."

There will also be frozen beer sold this year. The $7.75 Kirin concoction starts with regular beer in a cup and it’s topped with frozen beer. It’s supposed to keep the beer 20 degrees cooler.

Frozen beer is at Rangers games too. pic.twitter.com/sctVSecDwR