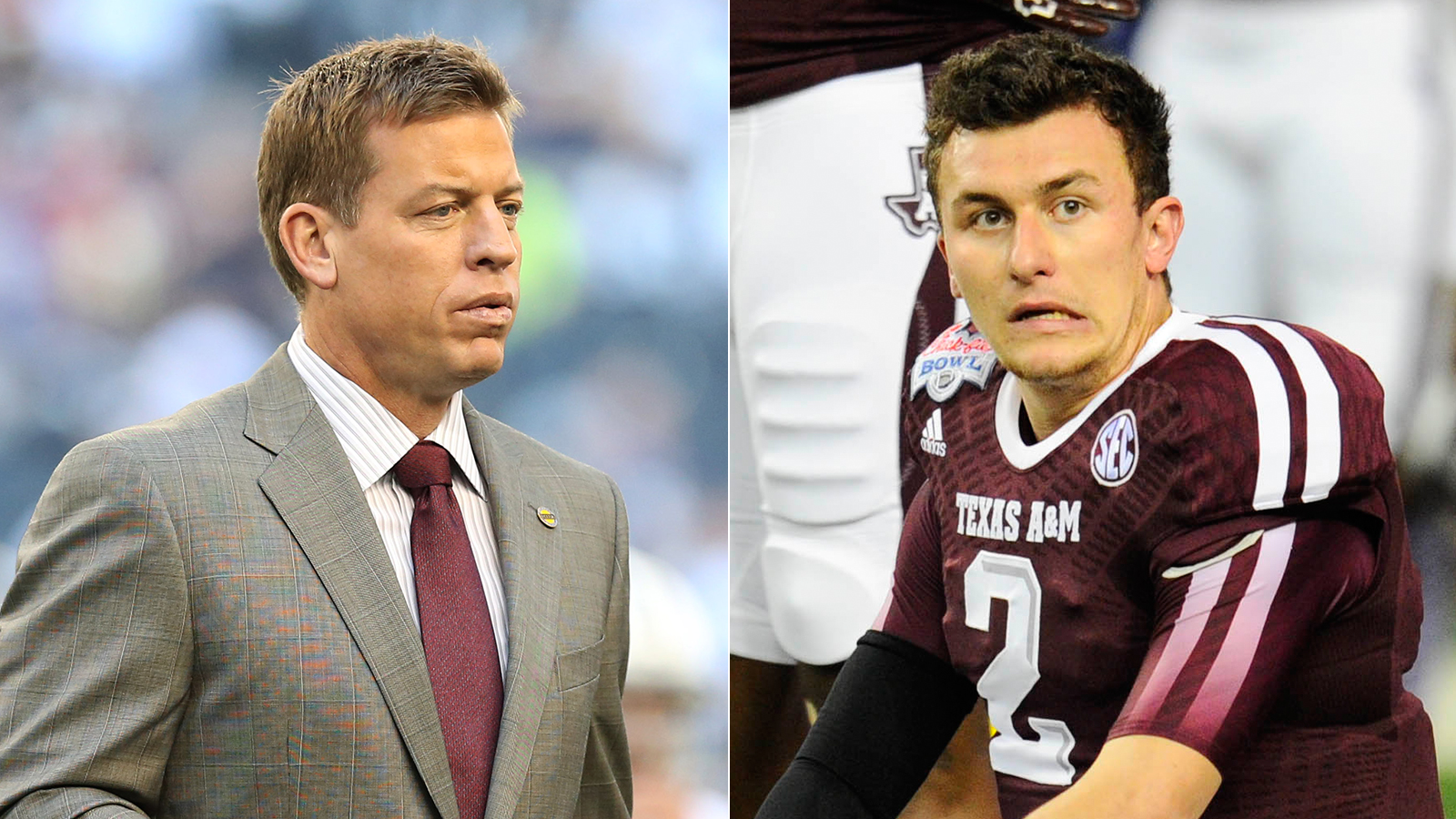 Johnny Manziel was unstoppable at Texas A&M, but is he ready to be the face of an NFL franchise?

Dallas Cowboys legend Troy Aikman has some questions about Manziel heading to the next level.

Manziel is just 6-foot-1, 210 pounds and had no trouble escaping defenders in the SEC. Can he do it against veteran NFL players?

"The concerns that I have would first of all be his size," Aikman said on KTCK-AM 1310. "Can he take the pounding? I’ve never met him, so I’m not sure what his stature is, but he just seems like he’s a pretty small guy, and maybe, I don’t want to say fragile, but the punishment in the NFL could take a toll on him."

Manziel was already a celebrity and living a rockstar lifestyle in college, but will he put the party or the film room first in the NFL?

"Is he mature enough to handle that responsibility?" Aikman said. "Is he going to commit himself to being a great NFL quarterback or are other things more important to him?"

"If you can come out of those questions and say, ‘Yeah, I believe he’s big enough to withstand the punishment and I believe he is committed and he is going to do the right things because we’re going to be paying him a lot of money,’ then I think he’s a first-round talent. I really do."