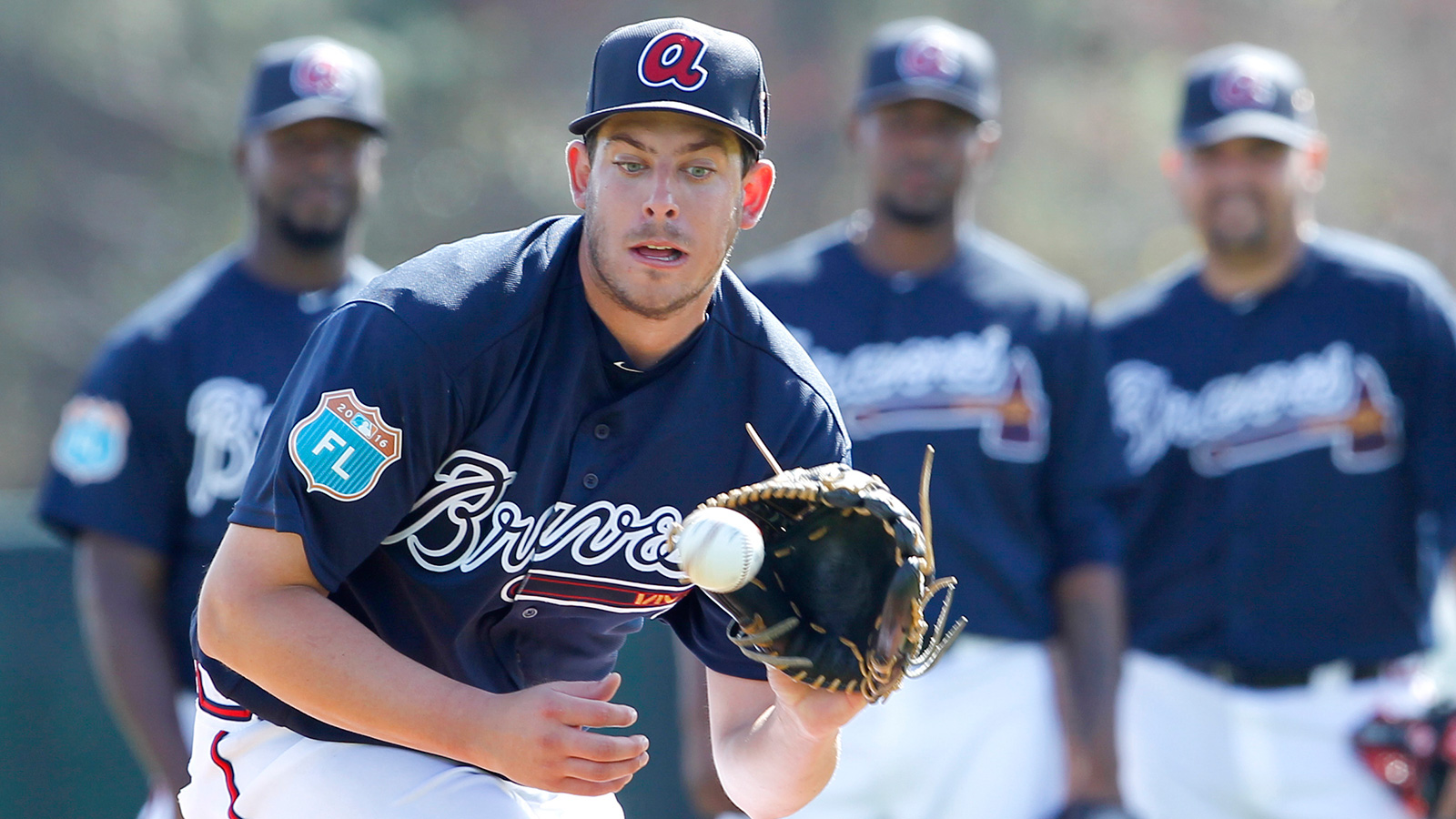 KISSIMMEE, Fla. — Right around the time John Hart, John Coppolella and the Atlanta Braves front office were stealing headlines at the Winter Meetings in Nashville, Aaron Blair was playing video games. Then the flood of blockbuster-related information started pouring in.

"I was playing ‘Call of Duty’ and then my agent calls me. Actually, I saw on Twitter that the Diamondbacks acquired (Shelby) Miller, and I kinda just thought it was either me or like (pitching prospect) Braden Shipley or something," Blair said. "It was a long night waiting to actually hear.

"People are calling you, texting you like, ‘Oh you got traded.’ And I’m like, ‘Well I don’t know yet.’ It’s just Twitter. It could be wrong."

The Diamondbacks held onto Shipley. Instead, Blair was the under-the-radar third piece in the deal, which tends to happen when the other two pieces include the 2015 No. 1 overall draft pick heading home and a 25-year-old outfielder already flashing Gold Glove potential at the MLB level.

His response when the official news hit? "I just kept playing."

Blair immediately became a vital part of the Braves’ enviable minor-league pitching depth — and that same focus is now set on the organization’s MLB rotation. After three collegiate seasons at Marshall and three years in Arizona’s farm system, reaching the Triple-A level in 2015, Blair is consistently mentioned among the Braves brass as the closest pitching prospect to the majors.

"He was a college pitcher. He’s been in it a little bit longer. He pitched quite a bit at Triple-A last year," president of baseball operations John Hart said in Nashville. "Our stuff is that we think that this guy has a chance to pitch up here this year. … I think when you get a group of new players, you don’t want to put any expectations. It’s not like we’re saying, ‘OK we’re getting this guy and he’s going to start for us.’ I think we’re gonna watch him in spring training, get a feel for him. And we’re gonna tell him, ‘We know you’re close.’"

Blair agrees with Hart’s assessment. He also understands that, given the offseason routes taken by both franchises, his new team offers more immediate opportunity. With productive starters Robbie Ray and Patrick Corbin already set, the additions of two top-tier starting pitchers meant the Diamondbacks’ rotation was running out of space.

"Especially going from Arizona where they got (Zack) Greinke and they acquired Shelby Miller, and they had guys already filled into rotation spots, it would have been a little tougher there," Blair said. "Coming here, it’s still tough. You’ve still got to work. You’ve got to compete against guys. But I do feel like it’s right there."

The 23-year-old Las Vegas native flashes plus potential with all three of his pitches — a low-90s fastball he uses to pound the strike zone, an improving curveball and a high-quality changeup to keep hitters off-balance — and he’s quickly climbed through the minor-league ranks. Blair posted high strikeout numbers in his A-ball stops, but those have dropped in the upper levels without sacrificing efficiency. In 77 innings at Triple-A Reno, he posted a 3.16 ERA and 4.08 fielding-independent pitching.

The 6-foot-4 righty does not possess the high-ceiling arm talent of the likes Sean Newcomb or Touki Toussaint, but, to steal an oft-utilized cliche from his scouting profiles, he simply knows how to pitch.

"I see a guy that’s pretty close to pitching in the big leagues. He really is," Braves manager Fredi Gonzalez said. "He’s pitched some Triple-A ball, so he’s got that experience. I think the comp was Aaron Harang — I guess Aaron Harang because of the size and the strength — and this guy is pretty darn good. I mean, Aaron Harang has pitched 11-12 years in the big leagues and this guy hasn’t thrown one inning yet, but he’s got good stuff. He fields the position, moves around well.

"He’s one of those guys that you’re curious to run him out there in games and watch him and see how that develops."

Blair, who ranks as the Braves’ No. 4 prospect in composite rankings, is finding his comfort zone in spring training. He brought previous relationships along with him, including meeting Toussaint at Arizona’s spring training last year, and his lockermates, Matt Wisler and Jason Grilli, offer both rookie and veteran ties to the parent club. He’s literally positioned as an MLB option in the team’s spring training clubhouse. Now it’s just a matter of when.

The Nos. 4 and 5 rotation spots are wide open. The Braves have not shied away from that notion. Even if he’s an dark horse option, Blair finds himself in the running alongside Manny Banuelos and Mike Foltynewicz, both of whom may not be 100 percent healthy on Opening Day, low-ceiling arms Ryan Weber and Williams Perez and veterans on minor-league deals like Kyle Kendrick and Jhoulys Chacin.

The Braves have a decision to make here — and Blair could be the tipping point. When is the right time to start handing over the reins to their up-and-coming young talent? Individual development timelines, arbitration clocks and other extraneous factors are in play, but at the end of the day, after relying on arguably the youngest rotation in baseball history last season, the issue could come down to comfort level.

The organization has shown its tendency to lean toward veterans like Kendrick and Bud Norris in the past — the list runs from success stories like Harang to last season’s duds like Eric Stults and Trevor Cahill — so projecting Opening Day might be aggressive for Blair or the prospect who kicked off this rebuilding extravanganza in the first place, Tyrell Jenkins. And there is value in allowing those experienced options to eat up first-half innings and buy time, if necessary. Permitting low-cost veterans to boost their trade value before collecting additional young assets and opening up the door for prospects is a route that worked at times for Coppolella & Co. last season.

Still, it’s a safe assumption that at some point during the 2016 season the franchise’s rotation is going to go young. Maybe very young.

Whenever the time comes, Blair is in line to be the first name called.