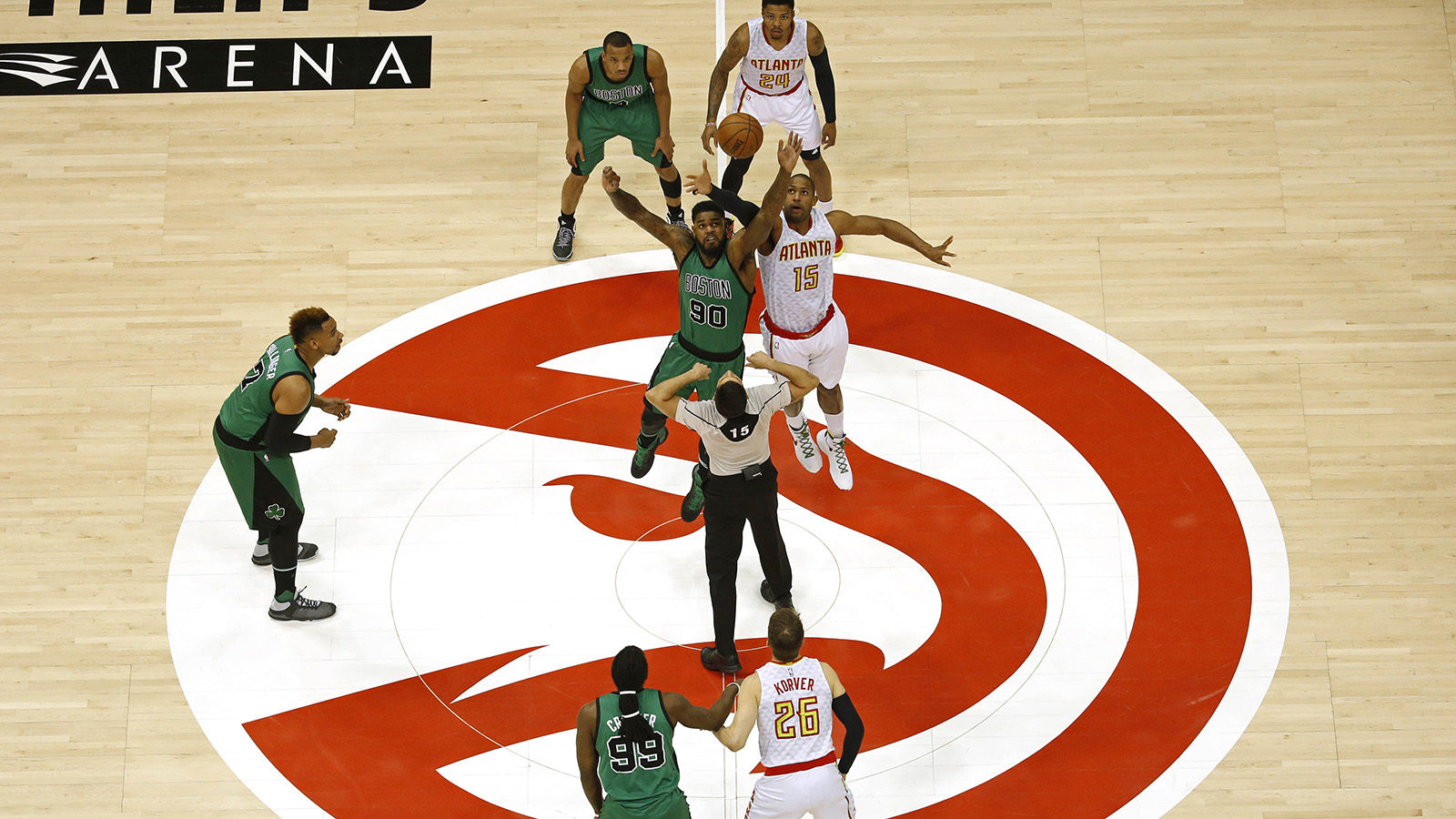 A loss to the Washington Wizards in their regular-season finale pushed the Atlanta Hawks into the Eastern Conference’s No. 4 seed — four teams posted an identical 48-34 record in the East — to set up a date with the like-minded Celtics … and a potential second-round rematch with the top-seeded Cleveland Cavaliers.

First, Budenholzer’s group will need to find a way around Brad Stevens & Co.

The Hawks and Celtics series promises to be a chess match of vaguely similar styles between two of the NBA’s top coaches. The Hawks are better defensively, boast a top-of-the-line frontcourt in Al Horford and Paul Millsap, feature more shooting and claim homecourt advantage. The Celtics are deeper and their backcourt, led by diminutive All-Star Isaiah Thomas, has been more productive.

Following a lackluster start to the campaign — the Hawks lost more games before the All-Star break than they did throughout the 2014-15 season — Atlanta hit its stride not because of Budenholzer’s pace-and-space attack, but because of its smothering defense. Since the break, the Hawks have been the NBA’s top defense, allowing just 96.8 points per 100 possessions.

The only team within sight of that mark has been the San Antonio Spurs, the league’s No. 1 defense overall.

Anchored by Millsap and Horford in the middle, the Hawks force opponents into difficult shots, limit their free-throw opportunities and do a decent job of forcing turnovers. Even the Hawks’ Achilles heel, rebounding, has not helped opponents find much success.

The question will be if the Hawks’ middle-of-the-pack offense can hit its stride — unlike last postseason, when open shots dwindled and two close series (Nets, Wizards) funneled into a sweep at the hands of Cleveland. The Hawks’ main advantage will be its frontcourt’s versatility and skill, but it will need point guards Jeff Teague and Dennis Schroder to be in top form, wings Kyle Korver and Kent Bazemore to provide floor spacing and a not-too-deep bench to step up if they want another chance to knock off Cleveland.

Paul Millsap: The do-it-all forward keeps getting better and better. Millsap pieced together the best all-around season of his career while averaging 17.1 points per game. He set himself apart on defense, though, where he led the NBA in defensive win shares — playing time was a factor, but the players behind him (Kawhi Leonard, DeAndre Jordan, Andre Drummond) hint at the type of company he kept.

In fact, Millsap’s season was historically rare. Only three players in the shot-clock era had reached Millsap’s combination of points, rebounds, blocks and steals this season: Hall of Famers Hakeem Olajuwon, David Robinson and Elvin Hayes.

Isaiah Thomas: The 5-foot-9 point guard developed into one of the most effective offensive players around in his fifth full season. Though statistically the worst shooting season of his career (56.2 true shooting), he shouldered nearly 30 percent of Boston’s possessions and averaged 22.2 points per game. Thomas can be a liability at times on the defensive end, but the 26-year-old All-Star is an unquestionable play-maker, particularly in big moments.

46.3: The Hawks claimed the NBA’s top defense after the All-Star break, holding opponents to a ridiculous 96.8 points per 100 possessions and 46.3 effective field goal percentage — both marks being the best in the league over that span.

2: The Celtics were two games under .500 against teams with a record of .500 or better, though they did take down the Warriors, Raptors and Heat over the final weeks of the season.

5: The Hawks own the worst overtime record in the NBA with five losses and zero wins. The only team that came close? The 10-72 Philadelphia 76ers. Then there’s also this note: The Hawks have been incredibly unfortunate in buzzer-beater situations, losing 12 straight since the start of the 2014-15 season. Close games have not been kind.