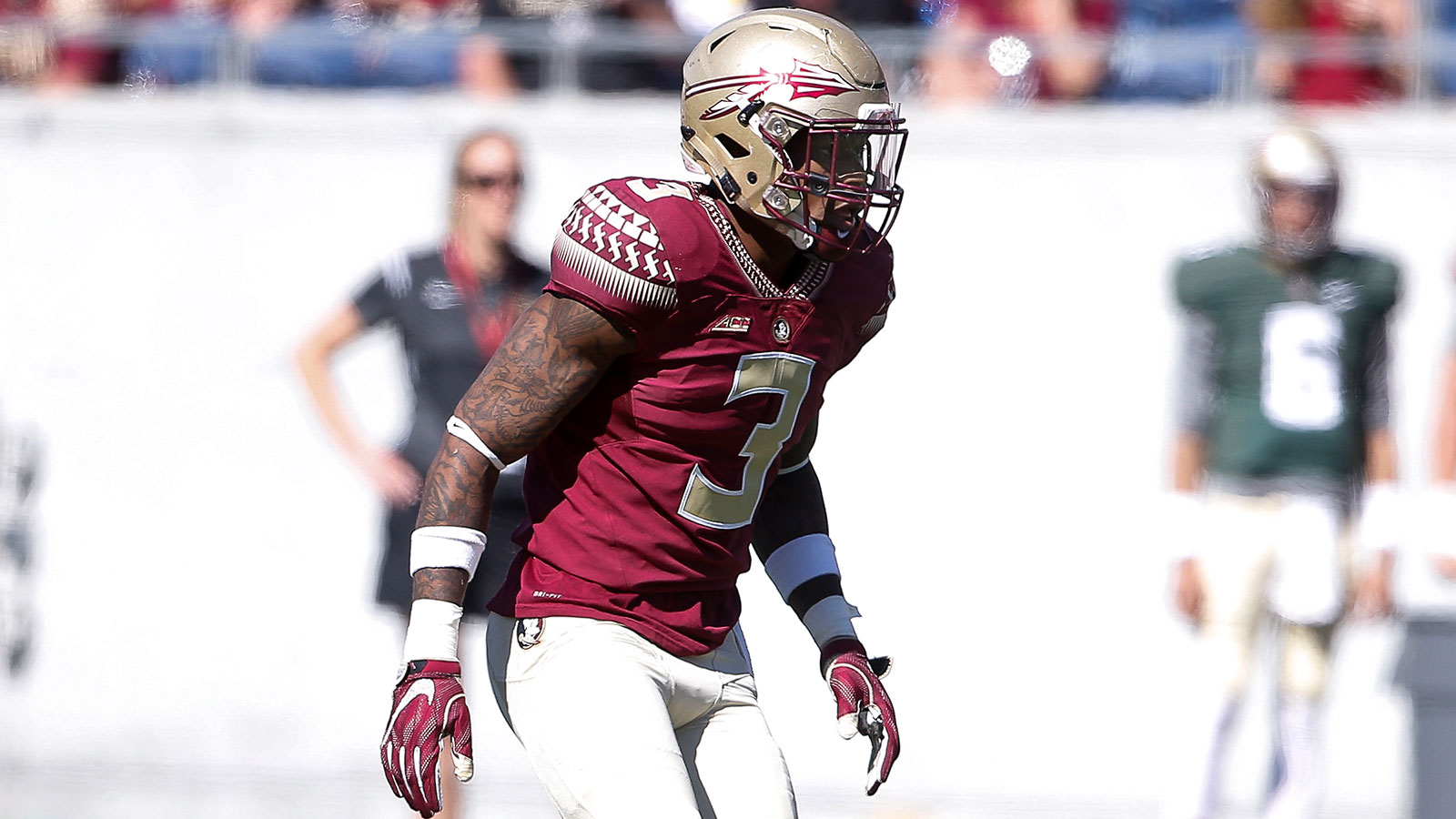 Back in July, Florida State defensive end DeMarcus Walker dubbed his teammate, sophomore Derwin James, as the nation’s best safety — and very few, if any, voiced their dissent. Now, the Seminoles could face the heart of their schedule without James on the field.

James tore cartilage in his left knee during Saturday’s lopsided win against Charleston Southern, though he did not suffer any structural damage. Head coach Jimbo Fisher said the injury requires surgery and that his star defensive back will miss Florida State’s top-10 showdown against Louisville.

James’ timetable hinges on how his surgery goes on Monday.

"It could be anywhere from two weeks to six weeks," Fisher said.

James suffered the injury in the third quarter when he hit a Charleston Southern receiver in an attempt to break up a pass. Doctors examined his knee on the sideline and later carted James to the locker room, eventually placing him on crutches and in a knee brace until he could receive an MRI.

As a true freshman starter, James totaled 91 tackles and 4.5 sacks en route to being named a Freshman All-American.

The Seminoles will need to figure out quarterback Lamar Jackson and the nation’s highest-scoring offense (66 points per game) without one of their top defensive talents. With North Carolina, Miami and Clemson — it’s worth noting that Fisher’s six-week deadline would arrive before the Clemson showdown on Oct. 29 — looming before November, James’ timetable could play a significant role in Florida State’s ACC title hopes.

How did Dalvin Cook escape this? 🤔🤔🤔

Add this one to the @FSU_Football star's highlight reel. pic.twitter.com/rCc7cBYVfS