Excerpted with permission from Tales from the Atlanta Braves Dugout: A Collection of the Greatest Braves Stories Ever Told by Cory McCartney (Sports Publishing, an imprint of Skyhorse Publishing, 2016)

We all heard that Todd Van Poppel didn’t want to play here,” Tom Glavine said. “I think we all took it personally. I think we were all like ‘Okay, screw you. We don’t want you to play here.’”

The thought process was that the Braves knew they had a nucleus of good, young players. They had Glavine, along with John Smoltz, Steve Avery, Pete Smith, Mark Lemke, Jeff Blauser, Ron Gant, and David Justice.

“You’re looking around going ‘We’ve got some pretty good young players here. I think eventually, we’re going to have some success,’” Glavine said. “So we kind of took offense to it.”

To be clear, Van Poppel didn’t say he wouldn’t sign with the Braves. He didn’t want to sign with anyone.

“I really have no doubt that if Todd Van Poppel would have shown any interest at all, he probably would have been taken by the Braves,” Jones Sr. said. 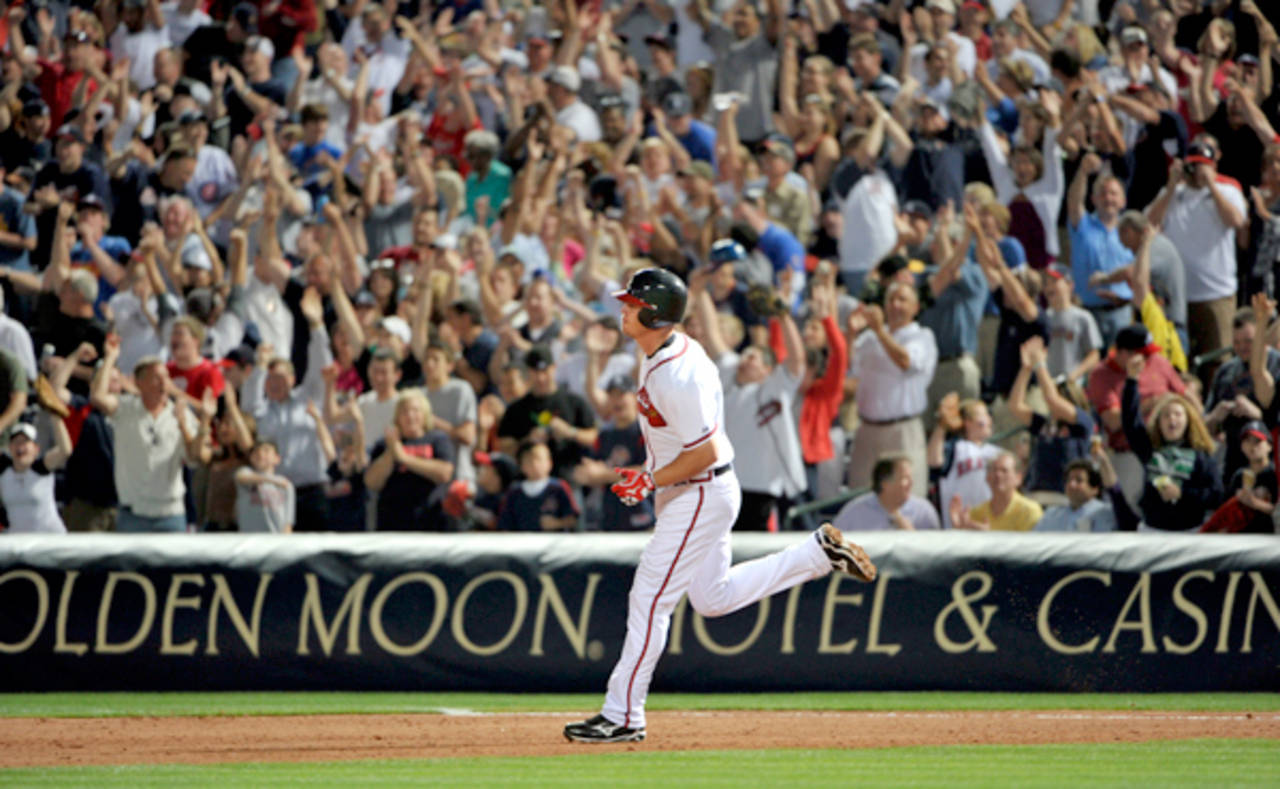 But he had already committed to stay in state and pitch for the University of Texas, regardless of where he went in the draft. Van Poppel had designs on continuing a trajectory that involved college and preserving his amateur status to reach his baseball goals.

Chipper Jones and Van Poppel were not just aware of each other and the talk of either of them going first in the draft. They knew each other. When Jones made his official visit to the University of Miami, Van Poppel was there too, considering whether he would commit to the Hurricanes, which Jones did.

But while Jones wasn’t a lock to go to college, the Van Poppels had reiterated the pitcher’s stance to the Braves when Bobby Cox — then Atlanta’s general manager — had arrived in Dallas to meet with the family. The next day Todd pitched a one-hitter to advance to the Texas state high school semifinals.

The family and Cox didn’t discuss contract figures in their meeting. “It was brought up in general terms,” Hank Van Poppel, Todd’s dad, told the Atlanta Journal-Constitution, “but to us it’s not a matter of money.”

Braves director of scouting Paul Snyder kept calling to see if Van Poppel had changed his mind. So too did Red Murff, who had a unique perspective on the righty considering that people were comparing Todd to Nolan Ryan. Murff, then with the Mets, scouted and signed Ryan in 1965 and only strengthened the nods to “The Ryan Express” by saying Van Poppel had the best arsenal he’d seen since Ryan.

“He has the classic pitcher’s body. Tall, rangy, loose arm, wide shoulders,” Murff told the Associated Press. “I couldn’t pass this kid if I had the first pick.” 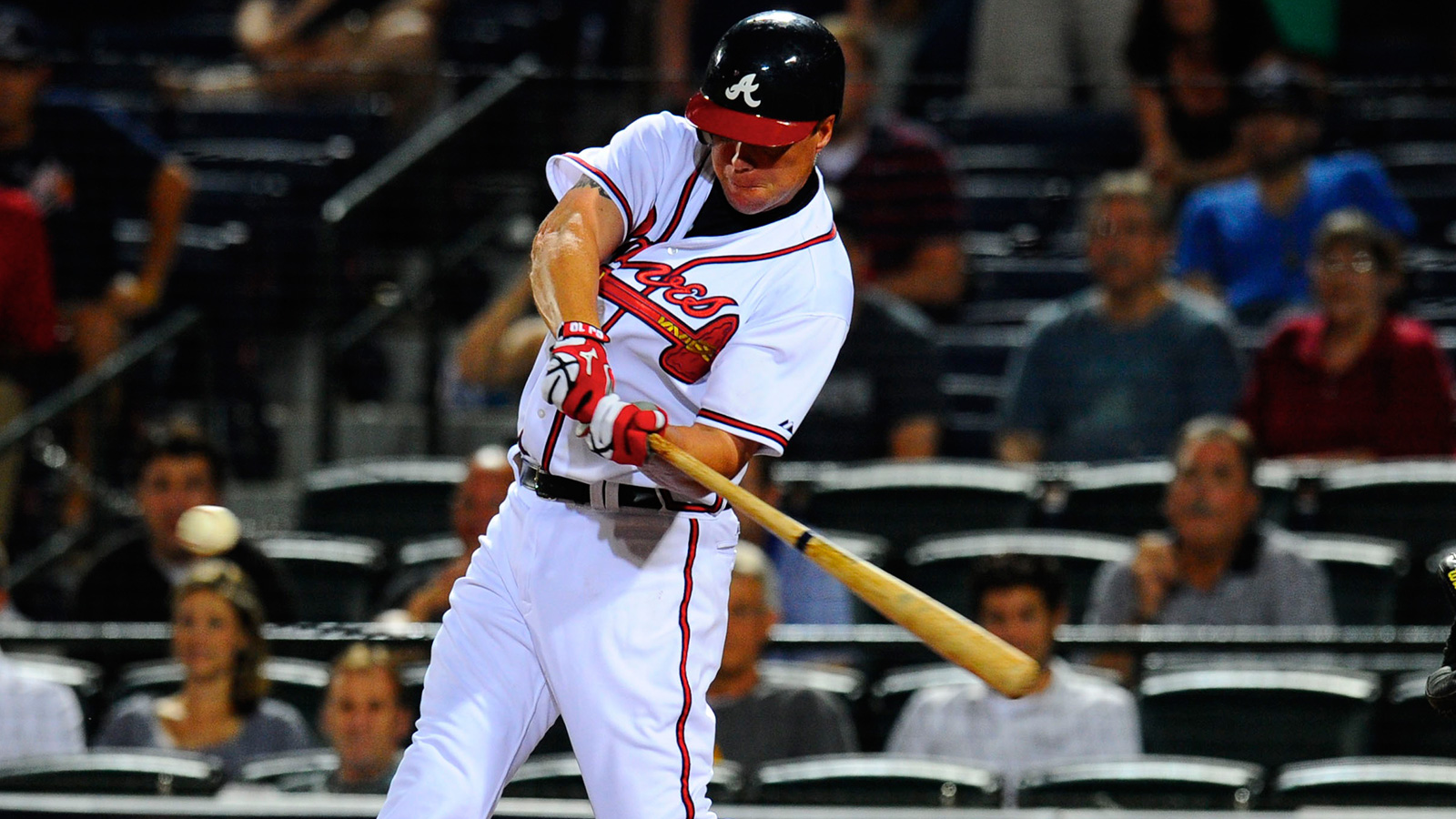 But the day before the draft, Cox had called the Van Poppels to tell them the Braves had decided they were passing on Todd.

“He wished us good luck and said he’d be watching the next two or three years,” Hank Van Poppel told the Journal-Constitution. “It’s something we’ve said all along. I’ve tried to keep his options open, but Todd is set on attending the University of Texas.”

The belief was, that with Van Poppel out of the equation, the Braves would pick between Jones — who hit .488 as a senior with five home runs, 10 doubles, and 25 RBIs, and also stole 14 bases, along with a 7–3 record on the mound and a 1.00 ERA — and power-hitting first baseman Mark Newfield of Huntington Beach, California, who was being projected as an outfielder.

In truth they had already decided on Jones, whom Cox had traveled to Jacksonville to see play four times, and it was one of those last visits that Larry Jones Sr. believes sealed the deal for his son.

It was the finals of the district tournament and Cox was joined by a contingent that included Snyder, minor league field coordinator Bobby Dews, and assistant director of scouting Rod Gilbreath. Jones came up to bat in the first inning and hit a home run right-handed, then later hit another left-handed on the first swing, the ball landing in the street behind the park.

Larry Jones looked over at his wife, Lynne, and said, “That may have just made him the first pick in the draft.”

Moments later, Snyder came by, looking at the couple as he said, “Nice touch.”

There remains some question as to who was all on board with Jones going number one. In 2008, Hank Aaron told the Journal-Constitution about an exchange with Cox in which Aaron, then the organization’s farm director, told the GM, “Y’all better go and get Chipper Jones.”

Aaron had already talked to Hank Van Poppel and knew there was no way he was signing, but Cox sought pitching and the Texas right-hander was his choice.

“That’s who Bobby wanted,” Aaron told the Journal-Constitution. “But every time you listen, it’s always like, ‘Oh, yeah. We always wanted to sign Chipper Jones.’ The only reason they didn’t take Van Poppel was because of what I told them about what his daddy told me.”

Regardless of who was leading the push, it was that signability meeting that finally put it all into focus for the Joneses.

“That was the first time we really felt confident that he was going to go with the first pick,” Jones Sr. said.

They had been expecting Chipper to go to the Mariners, who held the number-six selection, should he fall that far, though the father had hopes that his son would wind up with the Dodgers. They picked ninth and it was unlikely that Chipper would last that long, but that was Larry Jones Sr.’s team.

The call came at 1:22 p.m. on June 4, 1990, and Chipper Jones could finally allow himself to believe what seemed a lock after that meeting with Braves scouts.

“It baffles the mind,” Jones said to the Orlando Sentinel. “Being number one baffles my mind. I knew it could happen, but I’ve tried all morning not to get too keyed up, just in case there was a letdown.”

Follow Cory McCartney on Twitter @coryjmccartney and Facebook. His books, ‘Tales from the Atlanta Braves Dugout: A Collection of the Greatest Braves Stories Ever Told,’ and ‘The Heisman Trophy: The Story of an American Icon and Its Winners.’ are now available.