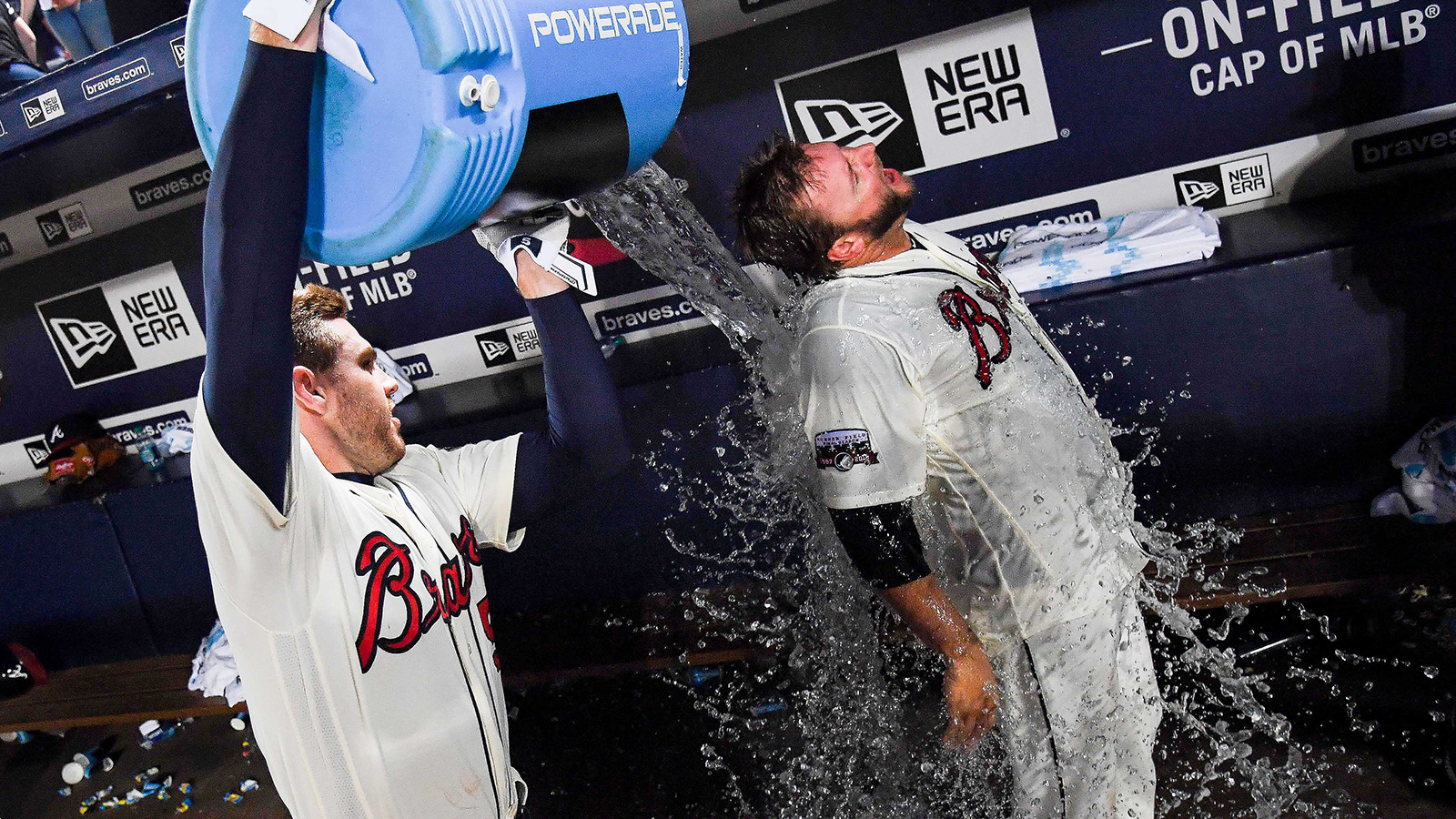 A.J. Pierzynski finished an eventful game soaked in ice water in the Atlanta Braves dugout on Saturday night. By Sunday morning, the veteran catcher was placed on the 15-day disabled list with a strained hamstring, potentially ending his 19-year major-league career.

"If that’s it, then it was fun," Pierzynski said following Saturday’s walk-off against the New York Mets.

The 39-year-old has yet to formally announce his retirement, but the writing appears to be on the wall after playing in just 81 games this season and making multiple trips to the disabled list. The 2016 campaign saw a rapid decline in Pierzynski’s numbers, particularly at the plate where he proved to be one of the team’s better hitters last season, as he batted just .219/.243/.304 with two home runs.

The franchise transitioned him into a reserve role with Tyler Flowers and Anthony Recker providing more production. Pierzynski has logged just 39 plate appearances since the end of July.

The presumed swan song did provide its share of moments, none bigger than Pierzynski becoming the 10th catcher in MLB history to reach 2,000 hits. If he never logs another at-bat, he’ll finish with 2,043 career hits, five behind Hall of Famer Johnny Bench. In total, he’s played in more than 2,000 games and hit 188 home runs and 407 doubles for seven different organizations.

The two-time All-Star won a World Series with the Chicago White Sox in 2005.

With 20 games remaining on the Braves’ 2016 schedule, there’s still a possibility Pierzynski could return for the final two series. Reading between the lines, though, that might be long shot at this point.