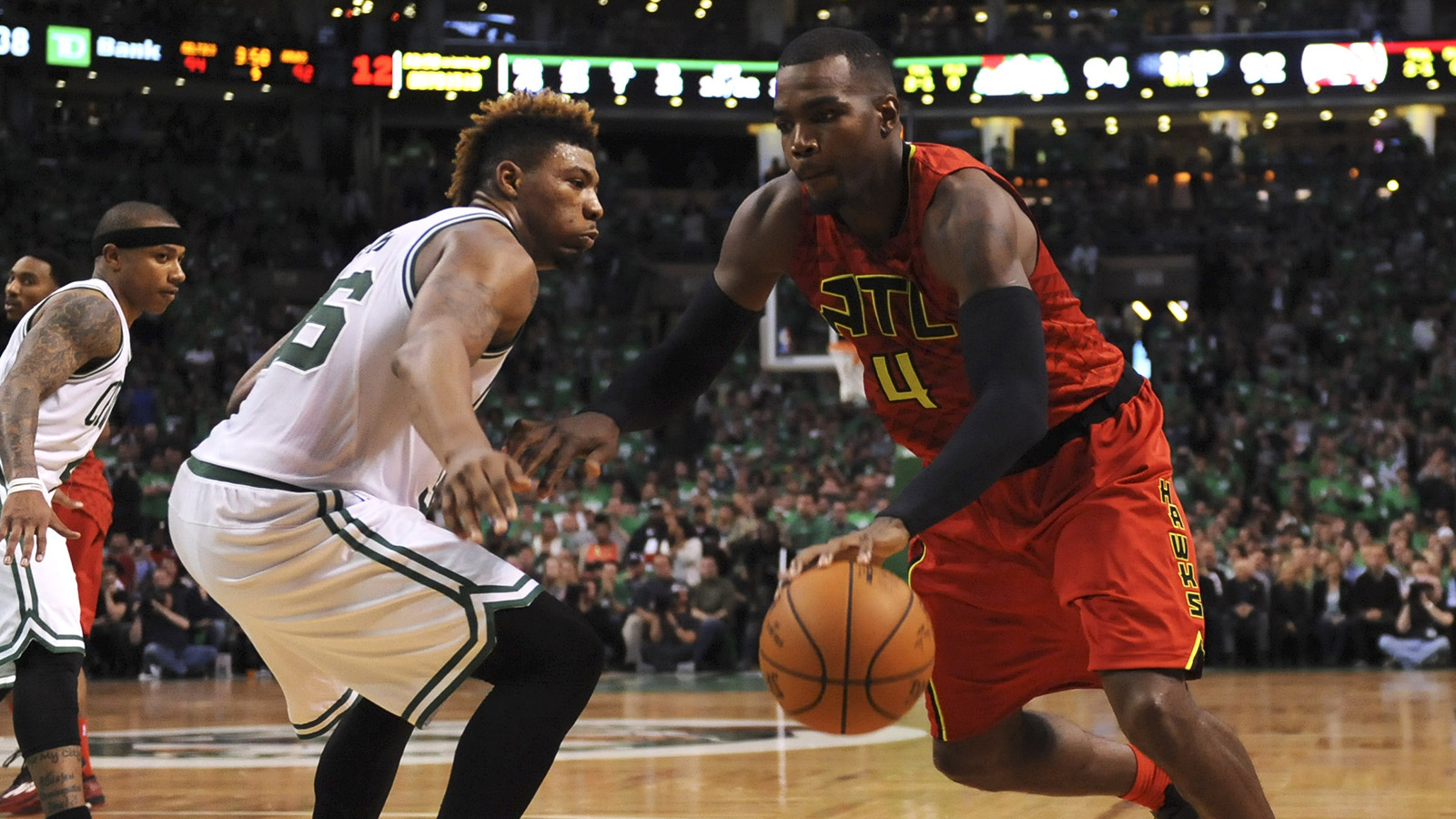 And history still repeated itself.

In Atlanta Hawks’ playoff history, Wilkins’ 47-point explosion against the Bird & Co. at the tail end of the Boston’s 1980s dynasty is the one that got away — the breakthrough moment that never was. Larry Legend stepped in with 34 points of his own, including 20 in the final quarter, to force the Hawks franchise to wait another 27 years for its first trip to the Eastern Conference finals.

The stakes were not quite as high for Millsap, but Atlanta squandered another individual offensive explosion against the Celtics in their 104-95 overtime loss on Sunday evening.

When asked about his effort, Millsap downplayed the feat due to the team result, "Numbers don’t matter if it doesn’t equal a win."

Millsap wrapped up his Game 4 performance with 45 points, the organization’s highest playoff scoring mark since Wilkins’ storied night in May 1988. (Not coincidentally, Wilkins also owns the franchise playoff record with his 50-point outing against Detroit’s Bad Boys in 1986. Millsap’s 45 now ranks third in Hawks history since the team moved to Atlanta.) And while there’s no question the 1988 Celtics offered stiffer competition, Millsap’s final line was even more impressive: 45 points, 13 rebounds, three assists, four blocks and two steals. He was everywhere.

"Obviously Paul Millsap had a monster game. His force and the way he played was great," coach Mike Budenholzer said. "I just think we needed a little more collectively from all of us to help Paul tonight."

The 5-foot-9 playmaker dropped 28 points, hitting the game-tying basket with 15 seconds left in regulation and the final 3-point dagger in overtime. His Celtics teammates Marcus Smart — statistically the worst 3-point shooter in the NBA, but a late hero with back-to-back 3-pointers in the fourth quarter — and Evan Turner combined for 37 points to help mitigate Millsap’s dominance.

"He came in out of the gates hot, making us pay for every mistake that we (made)," Smart said of Millsap. "But guarding a guy like him, and him being so hot, you’ve just got to try to contain him the best you can."

As the series shifts back to Philips Arena, though, the emergence of Millsap is a good sign for Budenholzer’s group.

While their potential All-NBA forward, who led the NBA in defensive win shares with a truly rare campaign in terms of all-around effectiveness, contributes in a variety of ways when he’s not scoring the ball, his 12 combined points in Games 2 and 3 were inexplicable. He’s a matchup problem for the Celtics — Boston coach Brad Stevens threw a wrench into the equation by switching Smart onto Millsap in Game 4, which worked well during a crucial stretch — and the Hawks were much better at getting him touches during his offensive explosion.

“Just put an emphasis on being aggressive," Millsap said of the difference in Game 4. "I felt that I wasn’t aggressive in the first three games, especially on the road.”

It’s a positive sign that Millsap was able to rebound from his slow start to the series with arguably the best game of his career.

The Hawks will need a similar collective bounce back in Game 5 if they are going to reestablish their will over this first-round clash.