The USWNT just suffered their worst loss in a decade, and here’s how it happened

The U.S. women’s national team suffered its worst loss in nearly a decade on Tuesday night. France bulldozed the Americans in Washington, D.C., beating them 3-0 in the final match of the SheBelieves Cup.

The 3-0 loss was the biggest losing margin for the USWNT since 2007, when Brazil beat the U.S. 4-0. The defeat, which follows a 1-0 loss to England on Saturday, also marked the USWNT’s first time losing back-to-back matches since the 2014 Algarve Cup, where previous coach Tom Sermanni was fired shortly thereafter. Current U.S. manager Jill Ellis was then hired to replace Sermanni.

France’s first goal came from a penalty kick after a foul committed by goalkeeper Alyssa Naeher. She came into the tournament looking like she had the edge in the goalkeeper competition with Ashlyn Harris now that Hope Solo is out of the picture, but her performance vs. France wasn’t great.

Of course, Naeher committed the foul because Carli Lloyd’s pass to Morgan Brian was easily plucked away by the French midfield and a slotted pass forced Naeher to try to take on Eugenie Le Sommer 1v1.

The second goal exposed vulnerabilities not just of the three-back system that Ellis has favored, but perhaps also of the personnel.

Allie Long is a central midfielder – that’s where she has played her professional career and where she played for the Portland Thorns when she impressed enough to break into the USWNT. But she got beat badly by a direct ball from France as Becky Sauerbrunn lost her footing in the rainy conditions of RFK Stadium.

The third and final goal was simple enough: France pulled the USWNT’s backline out of shape and no one was there to track Eve Perisset when she ran to the endline and put the cross in. All Camile Abily had to do was redirect the ball in.

With the result, France won the four-team SheBelieves Cup and the USWNT came in last place. 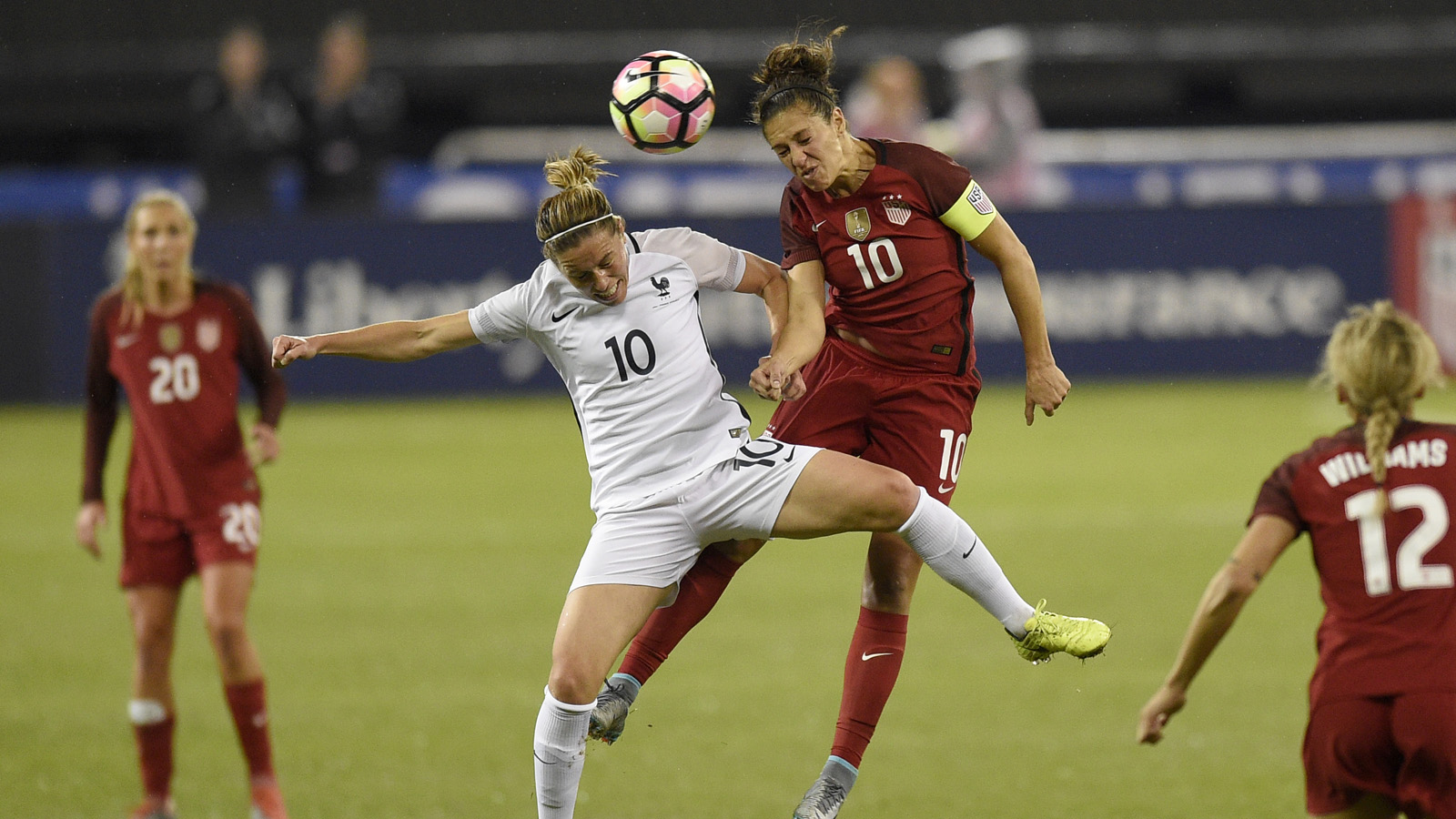 Gallery: 7 takeaways from the USWNT's loss to France to end the SheBelieves Cup