The U.S. women's national team will close the book on 2016 next month with a pair of friendlies against Romania, and manager Jill Ellis has brought back some missing faces from October's two wins over Switzerland, while continuing to mix in novices while looking to create her core for the future.

Co-captain Carli Lloyd, who will be getting married in November, is not taking part in this camp, as she has alluded to publicly in stating that the Switzerland games would be her last of the year. Lloyd scored twice in the most recent victory, a 5-1 win on Oct. 23, including a rocket from 30 yards to bring the U.S. out of a 1-0 deficit. 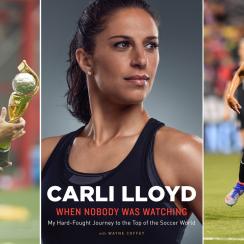 Among the returning newcomers are forwards Kealia Ohai and Lynn Williams, both of whom less than a minute into their respective debuts.

“Our last training camp and games with Switzerland were extremely positive in regards to giving new players a chance to perform, continuing the process of deepening the player pool and fostering competition within the squad,” Ellis said in a statement. “With this dynamic mix of players, we are looking forward to the environment and to finishing off the year on a winning note.”

The U.S. will play Romania at Avaya Stadium in San Jose, California, on Nov. 10, before heading south to wrap the year three days later at StubHub Center in Carson. They will be the first women's soccer matches ever between the two nations on the senior level.

Here is the USA's roster in full: