Claudio Bravo made three consecutive saves in a shootout to lead Chile to the Confederations Cup final with a triumph over Portugal following a 0-0 draw through 120 minutes in their semifinal in Russia on Wednesday.

The goalkeeper, recently maligned in the soccer world after a subpar season with Manchester City, kept Portugal off the board, while his teammates were perfect in penalties, after misfiring on numerous other occasions. The win marks the third straight major international competition in which Chile has progressed to the final, following 2015’s Copa America and 2016’s Copa America Centenario.

Here are three thoughts on a fun yet scoreless semifinal in Kazan:

Chile has won the last two Copa Americas on penalty kicks, which might expect to have given goalkeeper Claudio Bravo a leg up on the competition as extra time gave way to efforts from the spot. But few would have expected what happened on Wednesday. Portugal took three penalty kicks against Bravo on Wednesday, and Bravo saved every single one of them.

Ricardo Quaresma and Joao Moutinho’s efforts to start off proceedings were shockingly similar, with both stutter-stepping on approach to the ball before Bravo reacted to his right to save both efforts. The pressure was on Nani for Portugal’s third penalty, and though he also stutter-stepped, he delivered a tame effort at a good height for Bravo to stop going in the opposite direction.

Bravo’s save meant that Cristiano Ronaldo, stashed until later in Portugal’s PK order, didn’t even get to have a say in the outcome. Given how he didn’t get a chance to kick from the spot vs. Spain in Euro 2012, either, expect that to draw ire from corners of the soccer world. Portugal’s penalty taking deserves plenty of ire, too. 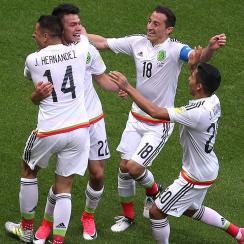 The semifinal may have started off with a flurry of bad-to-mediocre scoring chances, as both teams sought to make an immediate mark on proceedings. But after the first 20 minutes, affairs resumed with a cageyness appropriate for a semifinal. That, of course, makes every scoring chance all the more important, and in this game most of the good looks at goal went to Chile. La Roja simply couldn’t convert.

In regular time, the most notable of these chances came in the 57th minute, when Eduardo Vargas’s stunning acrobatic effort was foiled by a nice save from Rui Patricio.

But then, of course, there was the moment of the match. Two consecutive close-range chances that went off the woodwork in the dying moments of extra time, with Arturo Vidal and Martin Rodriguez each inches away from securing a berth in the final for Chile. The video, for just about any set of fans, makes for agonizing viewing:

There were plenty more chances aside from those. Vidal skied an open header in the penalty area. Charles Aránguiz mis-hit an open chance on the volley. In the end, it didn’t matter.

Confederations Cup curse? Winning World Cup tune-up has been a bad omen for all 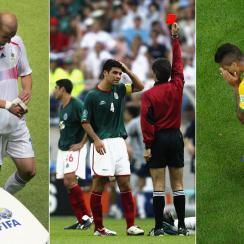 Ronaldo has been a fixture of the world’s game for a long while now, but his ever-present nature seems only to have grown in recent years as his teams are continually still standing at the final phase of cup competition. That run came to an end on Wednesday.

Instead of playing in Sunday’s marquee event against the winner of the Germany vs. Mexico semifinal, Ronaldo will play in the earlier (and arguably pointless) third-place game against that other semifinal’s loser. It will be odd to see Ronaldo in that position, considering that his club and international squads have made three major cup finals in the 13 months previous to this (with Ronaldo coming out victorious in all of them, between Real Madrid’s two consecutive Champions League titles and Portugal’s Euro 2016 triumph).

That’s to take little away from his vast individual and team accomplishments, but an opportunity has cleared for a new star, or set of stars, to step into the trophy-lifting spotlight.