Mexico's 1-1 draw with the USA on Sunday night was an entertaining affair, but for Panama and Costa Rica and their hopes for World Cup qualification, the result brought a monumental opportunity.

On Tuesday night, both teams can take advantage from Sunday night's stalemate and climb up the table as they face the bottom two teams in the Hex standings. Fourth-placed Panama can leapfrog the U.S. as it takes on Honduras (a struggling side with only one win so far in the final round) at Estadio Rommel Fernandez in Panama City, while Los Ticos, firmly placed in second, host Trinidad and Tobago at Estadio Nacional in San Jose, where a win would leave the 2014 quarterfinalists with 11 points and only three behind Mexico.

Panama's home form in the Hexagonal, however, is not something to brag about. Since their first appearance in the Hex in 2005, Los Canaleros have a single win in the capital–ironically, it was against Honduras in 2013.

But their away form, especially last game's 0-0 draw against Costa Rica, proves how resilient this team can be. A victory on Tuesday would mean a better record than the United States by a single point, but more importantly, it would get Hernan Dario Gomez's team closer to Russia for the first time. 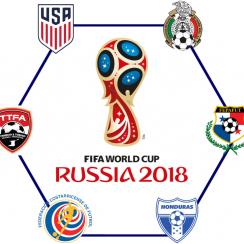 That's not to say that Honduras doesn't have a chance. In fact, a win in Panama City would place the Central American nation in fourth place, and right on course for the intercontinental playoff spot against Asia's fifth-placed team. But that's a big ask as playing away from home is not something this team excels at, having conceded nine goals in the last two road qualifiers (against the USA and Mexico).

Costa Rica, meanwhile, will look to erase last week's disappointing home draw against the Panamanians and aim to gain three points over the weakest team in the group, Trinidad and Tobago.

A lot has happened since they last faced each other last November in Port of Spain, where Keylor Navas & Co. won 2-0. Since then, Trinidad and Tobago has cycled through and spit out two managers, with the latest appointee being legendary Dennis Lawrence, who had 89 caps and an 11-year career with the national team. He was Roberto Martinez's assistant at Wigan and a development coach at Everton but after Martinez left to become Belgium's head coach, Lawrence was released and returned to the international stage in January. 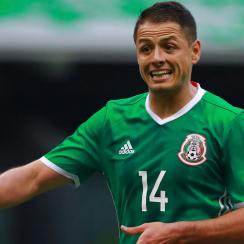 Since his appointment, T&T has been very impressive. A victory over Panama and two respectable defeats at the hands of Mexico and the U.S. (it was 0-0 at halftime in the latter, and only a Christian Pulisic 10-minute double saved the U.S. from a setback) mean the Soca Warriors are not to be taken lightly. A victory in San Jose would mean rising within two points behind the U.S. and still have all to play for over the final four matches.

Tuesday is going to be fun–and shape the Hex for its home stretch.