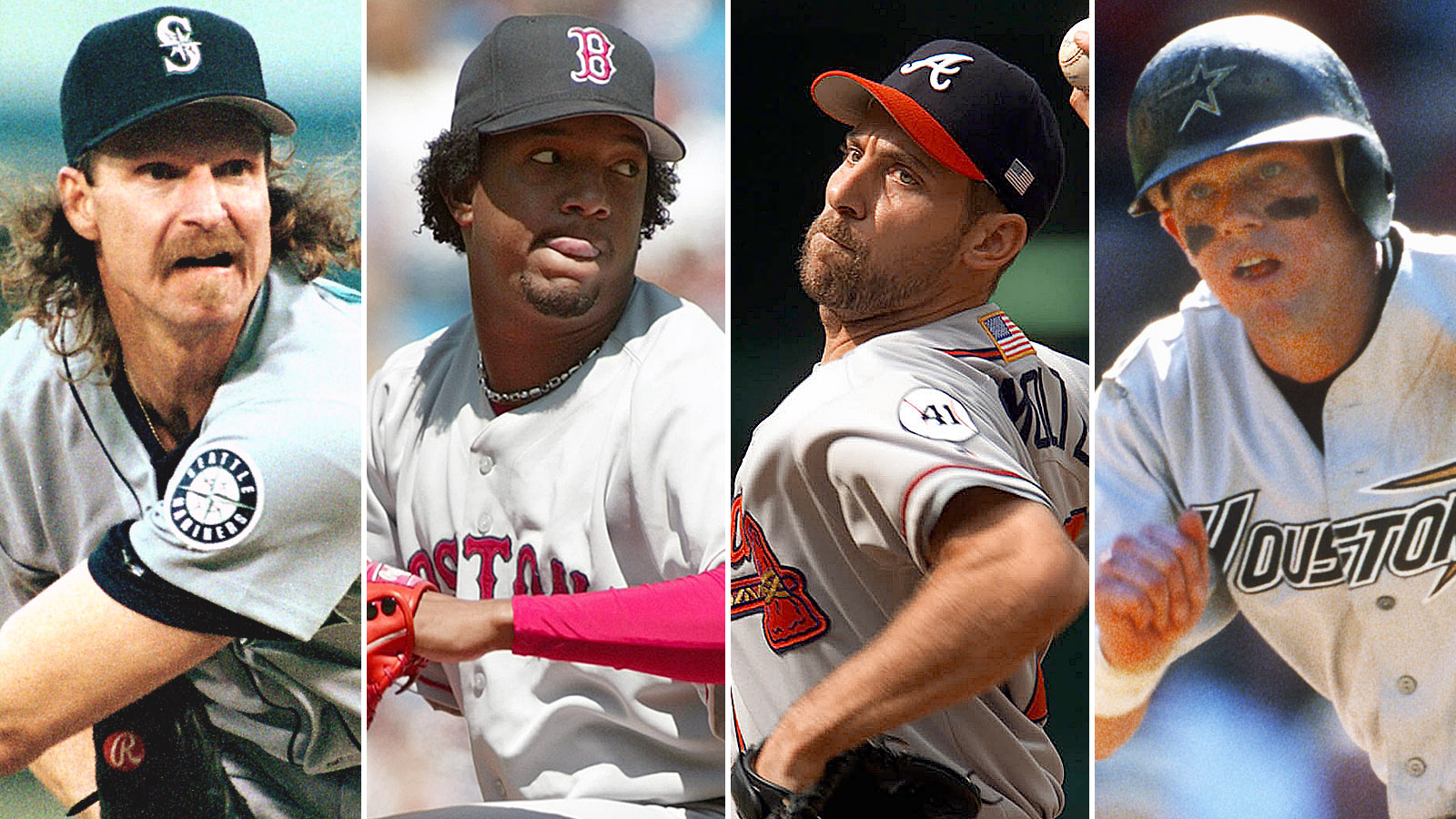 NEW YORK (AP) — Randy Johnson, Pedro Martinez and John Smoltz, a trio of star pitchers who dominated in an era of offense, were elected to baseball’s Hall of Fame on Tuesday along with Craig Biggio, the first time since 1955 writers selected four players in one year.

"I realize the cloud has covered a multitude of so many different people, and I realize that the media and people have a hard time distinguishing and determining," Smoltz said.

Johnson, a five-time Cy Young Award winner with 303 victories and 4,875 strikeouts, was selected on 534 of 549 ballots by veteran members of the Baseball Writers’ Association of America.

"The Hall of Fame was never something that I surely ever thought about," said Johnson, who has been pursuing a photography career since his retirement.

The left-hander’s 97.3 percentage was the eighth-highest in the history of voting.

"I don’t think people quite understand how difficult it is to be 6-foot-10 and be throwing a ball 60 feet, 6 inches away," Johnson said. "In order to do that, you have to consistent with your release point and where you’re landing and your arm slot and all that. For someone 6-1, 6-2, there’s less body to keep under control, so it’s a lot easier."

Martinez, a three-time Cy Young winner with flamboyance to go along with his fastball, appeared on 500 ballots (91.1 percent). Martinez was 219-100, struck out 3,154, led the major leagues in ERA five times and in 2004 helped the Boston Red Sox to their first World Series title in 86 years.

"My body would change half an hour before the game, and I would just become this serious, focused person because my dad reminded me you’ve got to be serious about your job," Martinez recalled. "I saw everybody as an enemy, and I saw everybody as like in a jungle: You just kill to survive. And that’s the intensity and the focus I had to keep to do it every day on a day-to-day basis. And that’s the kind of chip on the shoulder that people thought I had, even though that was my way to concentrate and do the day to day things that I did in baseball."

Smoltz was picked on 455 ballots (82.9 percent) and will join former Atlanta teammates Greg Maddux and Tom Glavine, who were inducted last summer along with Chicago White Sox slugger Frank Thomas. Smoltz, the 1996 NL Cy Young winner, was 213-155 with 154 saves, the only pitcher with 200 wins and 150 saves. He went 15-4 in the postseason.

Biggio appeared on 454 ballots, 42 more than the 75 percent needed and up from 68.2 percent in his first appearance and 74.8 percent last year. A catcher who shifted to second base and spent three seasons in the outfielder, he had 3,060 hits and 668 doubles in 20 big league seasons, all with the Houston Astros.

"I was a nervous dog this morning. I haven’t been this anxious in a long time," Biggio said. "Maybe it does mean a little bit more this year."

The quartet will be inducted in Cooperstown on July 26. The BBWAA had not voted in four players together since selecting Joe DiMaggio, Gabby Hartnett, Ted Lyons and Dazzy Vance 60 years earlier.

Don Mattingly received 9.1 percent in his 15th and final appearance on the ballot. Under a change made by the Hall’s board last summer, players’ eligibility was cut from 15 years to 10 but the 11-15 group was grandfathered.

Gary Sheffield (11.7 percent) and Nomar Garciaparra (5.5) will remain on the ballot. Among the 17 first-time eligibles who will be dropped are Carlos Delgado (3.8 percent) and players’ association head Tony Clark, who did not get any votes.

Ken Griffey Jr., Trevor Hoffman and Billy Wagner are among the players eligible for the first time in next year’s ballot.