The 15 televised games will include 10 FOX Sports San Diego (FSSD) broadcasts and five simulcasts on FSSD.

All televised Padres games on FSSD will also be available on the FOX Sports digital platforms.

The first televised game of Spring Training will be on Feb. 23 when the Padres take on the Seattle Mariners at the Peoria Sports Complex in the annual Charity Game.

The five simulcasts on FSSD will be provided through the FOX Sports West, FOX Sports Wisconsin and FOX Sports Arizona broadcasts when the Padres face the Los Angeles Angels of Anaheim, Milwaukee Brewers and Arizona Diamondbacks, respectively.

The final Spring Training television broadcast will feature the Padres and the Chicago Cubs in Peoria (March 24).

Padres play-by-play broadcaster Don Orsillo returns to the booth for all Spring telecasts, while former Padres Mark Grant and Mark Sweeney will split time in the analyst seat. Former MLB pitcher Bob Scanlan will once again provide analysis and reports from beyond the dugout.

Complementing Spring Training telecasts, Padres radio broadcasts will continue to be broadcast on 97.3 FM The Fan in 2019.  The club’s English flagship station will broadcast at least 13 Cactus League games this year, with the first Spring radio broadcast also taking place on Feb. 23 and concluding on March 25 when the Padres venture to Seattle to face the Mariners in the first of two exhibition games.

Ted Leitner and Jesse Agler will return to the booth for play-by-play and color commentary in addition to analysis provided by Tony Gwynn Jr.

The Padres will make at least nine audio webcasts available on for games that will not be broadcast on FOX Sports San Diego or 97.3 FM The Fan. The live audio webcasts will be available free-of-charge exclusively on www.padres.com beginning on Monday, Feb. 25, when the Padres face the Chicago Cubs in Mesa.

Fans can access the free live audio stream by logging in or creating a free account on www.padres.com.

The complete 2019 Spring Training broadcast schedule will be available on www.padres.com and www.foxsportssandiego.com.

Individual games are subject to change. 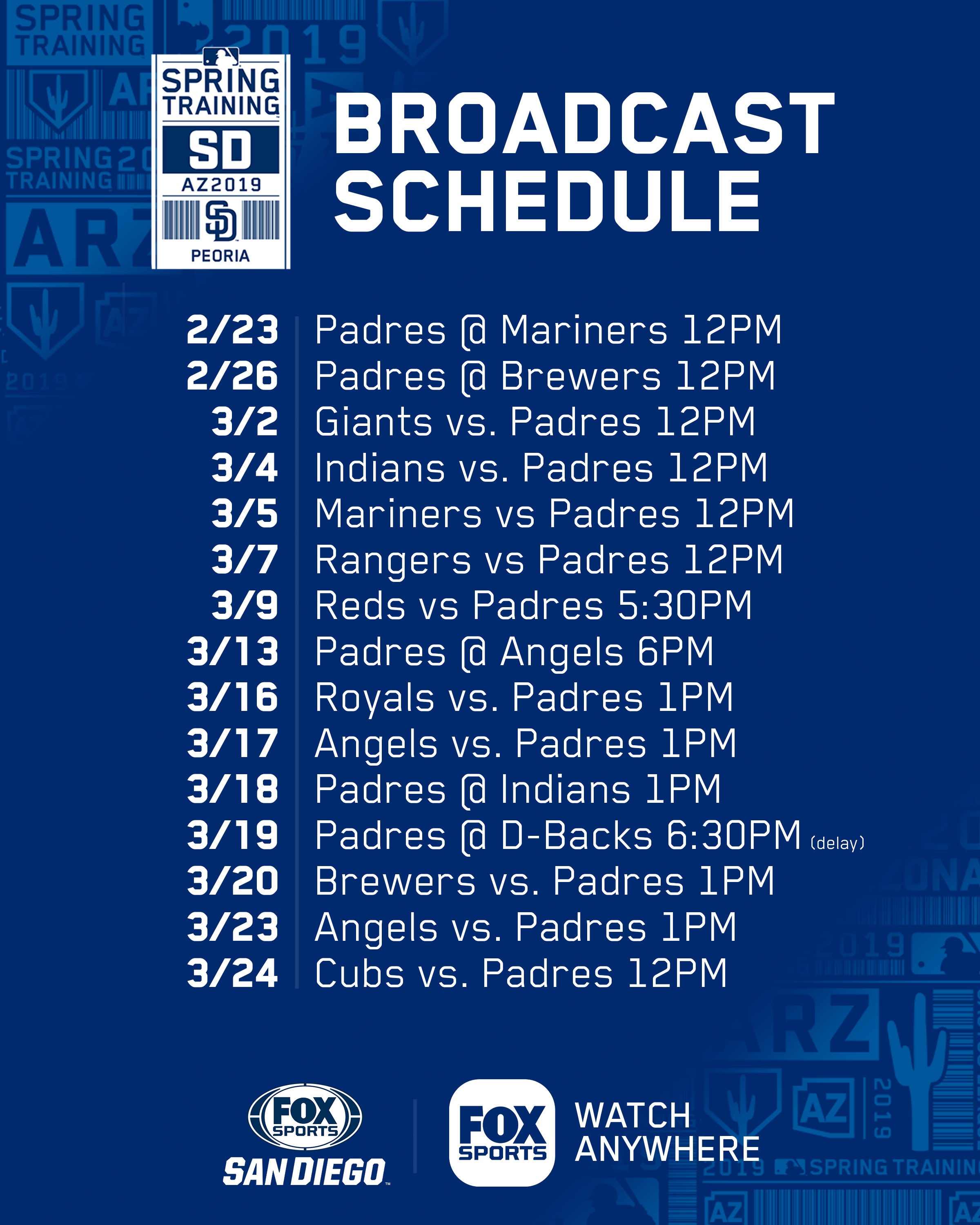