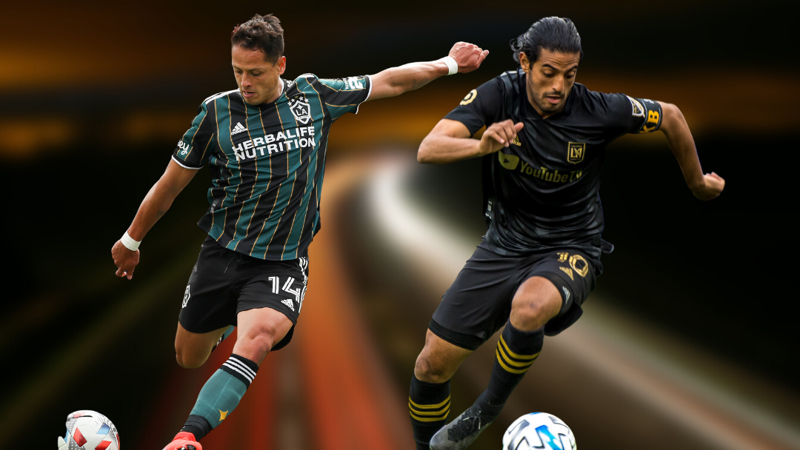 .@FOXSoccer presents the 2021 season's first installment of El Trafico as @11carlosV and @LAFC head south to face @CH14_ and the @LAGalaxy. 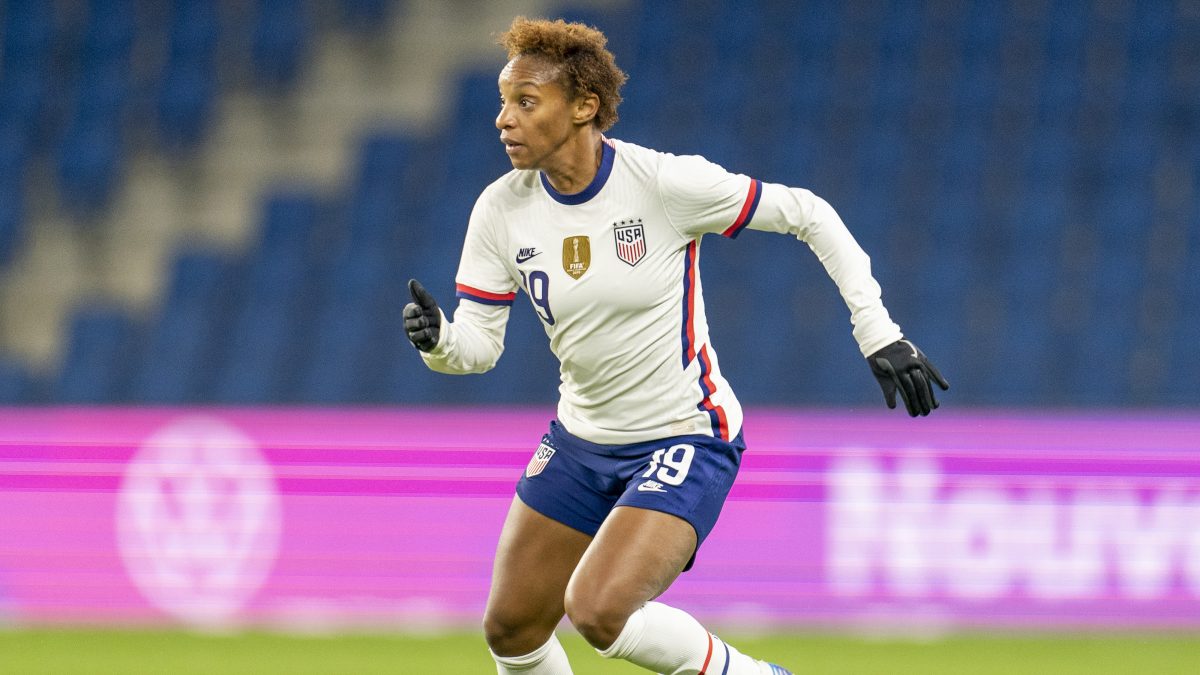 As part of its continued preparation for Tokyo, the @USWNT faces Portugal and Jamaica in the 2021 WNT Summer Series on FS1. pic.twitter.com/e3NifNAdvK 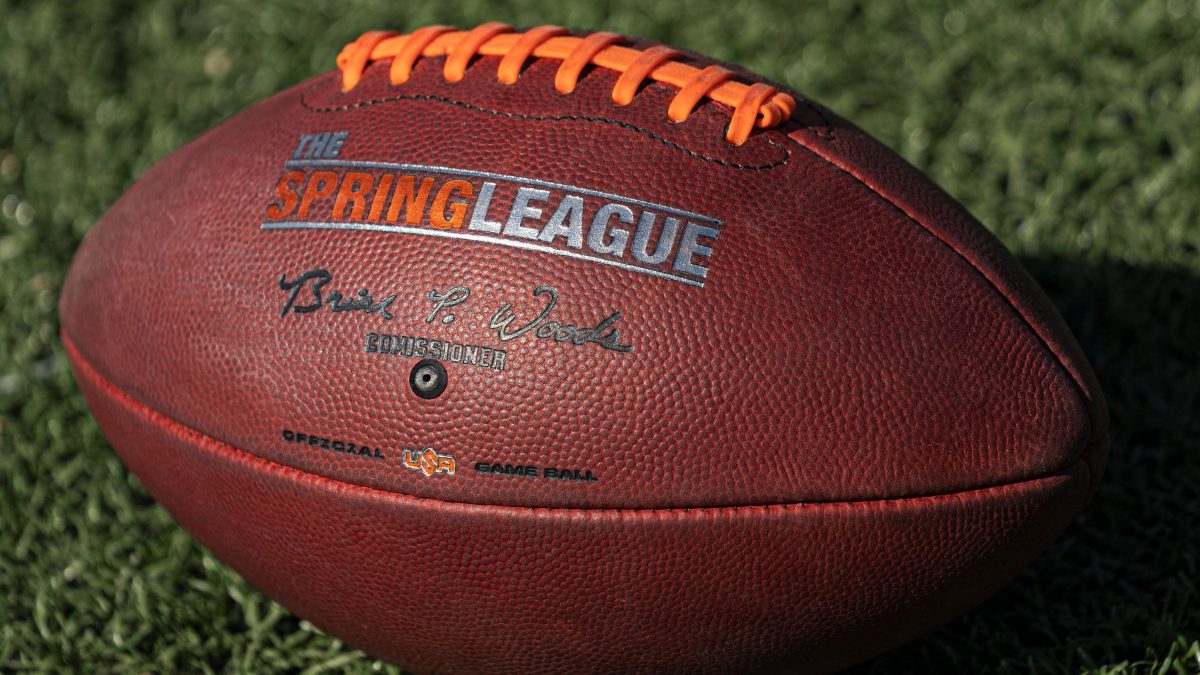 Los Angeles – With The Spring League (TSL) set to kick off today, Thursday, May 6 on FS1, FOX Sports unveils its all-star broadcast lineup for the 2021 season. The announcement was made today by Judy Boyd, Senior Vice President, Production, FOX Sports.

The 2021 TSL season begins with Faust and Palmer on the call for a doubleheader Thursday, May 6, on FS1 when the Alphas take on the Aviators at 7:00 PM ET, followed by the Conquerors vs. the Linemen at 10:00 PM ET.

The action continues when the Blues take on the Sea Lions Friday, May 7, at 9:30 PM ET on FS1. TSL makes its network television debut when the reigning champion Generals take on the Jousters Saturday, May 8, at 3:00 PM ET on FOX, with Kugler and Huard in the booth for both matchups.

More information TSL ON FOX broadcasters is below:

Klatt, a former record-setting University of Colorado quarterback is FOX Sports’ lead college football game analyst. In 2020, he also served on the network’s debut TSL coverage and provides analysis leading up to and during the NFL Draft.

NFL veteran quarterback Huard joined FOX Sports in 2019 as a college football analyst and expanded his role in 2020 to include a full slate of NFL matchups on FOX.

Former Oregon head coach Helfrich first joined FOX Sports as a college football game analyst in 2017. He returned to the network in 2020 after a stint as the offensive coordinator for the Chicago Bears.

Papadakis, a former University of Southern California football standout, has served as a FOX Sports college football analyst since 2004. A lifelong Angeleno, Papadakis hosts the popular “Petros and Money” radio show as well as “The Challenge” on KNBC in Los Angeles.

After seven years in the NFL, Palmer transitioned to the coaching business and has become a renowned quarterback coach for some of the NFL’s top talent, including Trevor Lawrence, Josh Allen and Patrick Mahomes. He returns to the TSL booth for the second season.

Longtime broadcaster Kugler serves as a play-by-play announcer for the NFL on FOX in addition to college football and basketball duties with FOX Sports, Big Ten Network and Westwood One radio.

Faust serves as the lead television play-by-play announcer of the Los Angeles Kings and handles play-by-play for the Tennis Channel as well as various FOX Sports college properties. He returns to the TSL booth for the second season.

Eagle is the radio voice of the Los Angeles Clippers and handled play-by-play for Nickelodeon’s first-ever broadcast of an NFL Wild Card Game in 2021. He also serves as an announcer for the Tennis Channel and contributed to FOX Sports’ coverage of the Jr. NBA Championships. 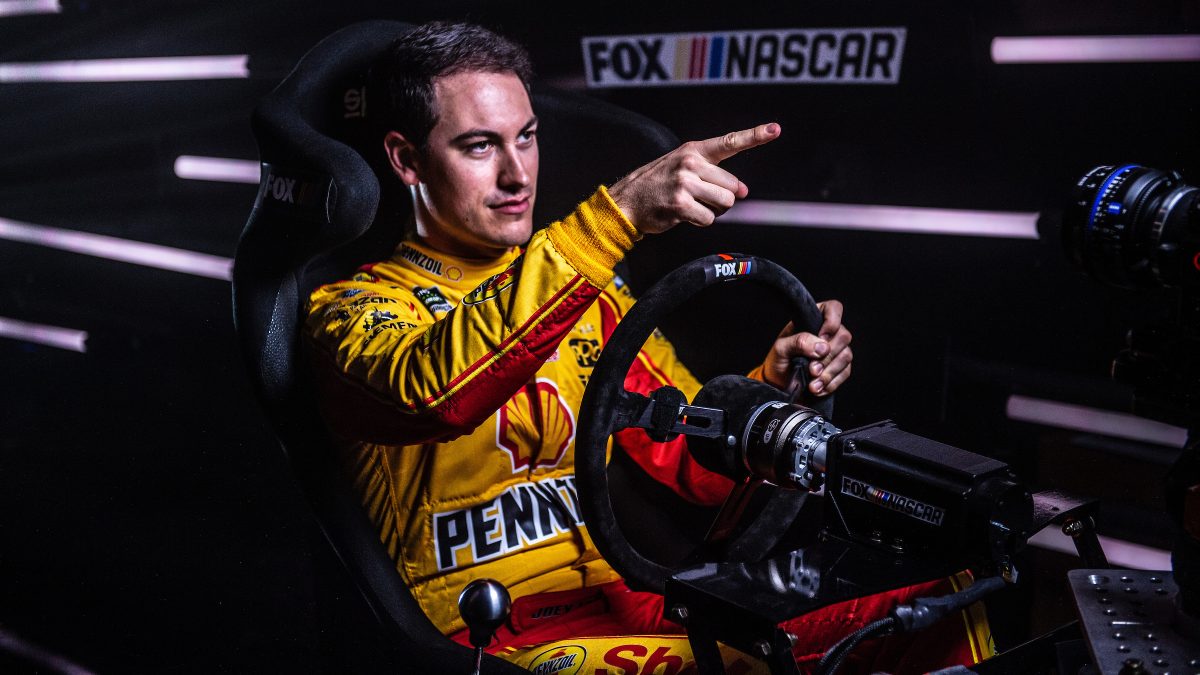 The racing might be virtual, but the Darlington stripe is still very real. 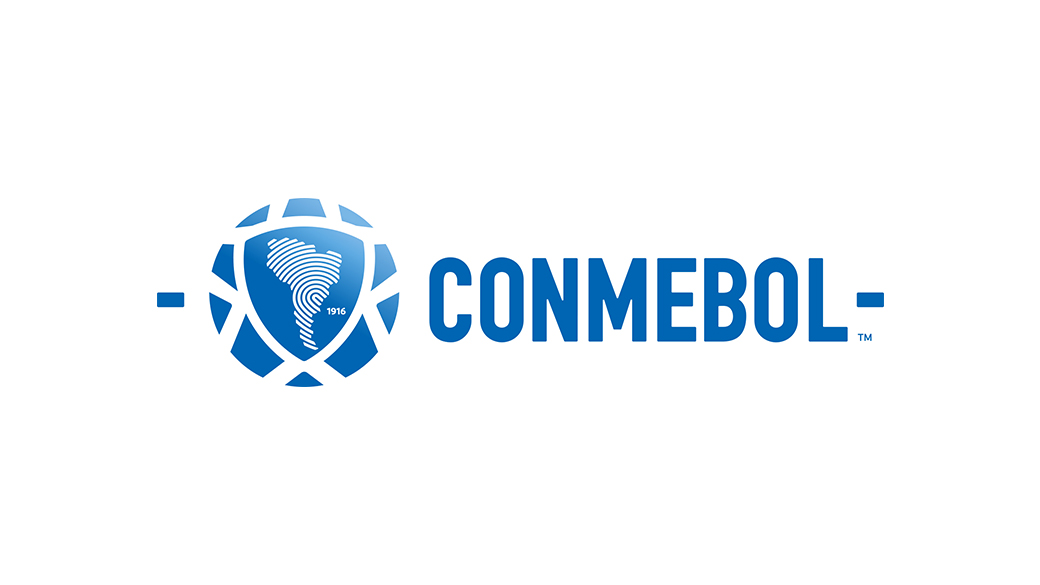 “CONMEBOL is the perfect addition to FOX Sports’ elite slate of international soccer properties,” Silverman said. “We are thrilled to have the opportunity to continue to grow the game in the U.S. by showcasing some of the best men’s and women’s teams and players from around the world as they suit up for top international competition.”

FOX Sports’ six-year agreement with CONMEBOL kicks off this June with the CONMEBOL Copa América 2021™ event in a massive ‘Summer of Soccer’ for the network.

FOX Sports will offer more than 1,500 hours of soccer coverage throughout the multiyear deal, highlighted by:

“FOX Sports has an excellent reputation for presenting and promoting world-class football events across its platforms,” said Alejandro Domínguez CONMEBOL President. “They have been instrumental in growing the game in the United States, and we are thrilled to partner with them to bring the excitement of CONMEBOL’s 2021 Copa America to the fans in the same manner they’ve been able to do so with the men’s and women’s World Cups.”

With today’s announcement, several of FIFA’s top-ranked teams and players have an increased presence on the FOX Sports family of networks, including Lionel Messi and No. 8-ranked Argentina. Ranked No. 3 in the world, the Brazil men’s side is led by Neymar, while the country’s seventh-ranked women’s side is fronted by the legendary Marta. Edison Cavani stars for No. 9 Uruguay, and Arturo Vidal and Alexis Sanchez lead Chile, while James Rodriguez guides Colombia. CONMEBOL countries have won a combined nine FIFA World Cup™ titles to date.

FOX Sports heads into the summer as the television home to the biggest international soccer tournaments in the world, now with the FIFA World Cup™, FIFA Women’s World Cup™, CONMEBOL Copa América™ and Gold Cup televised across its networks. 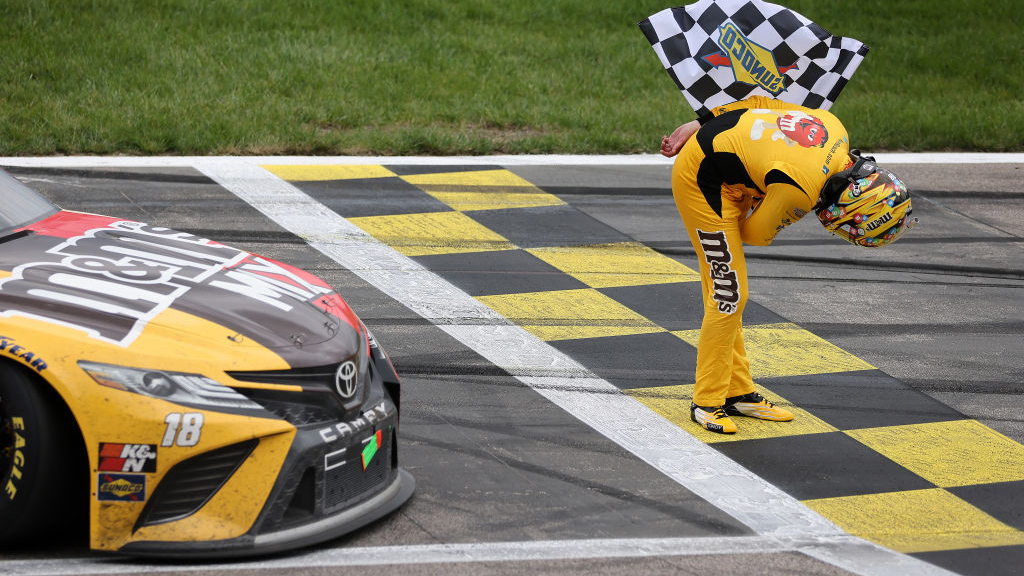 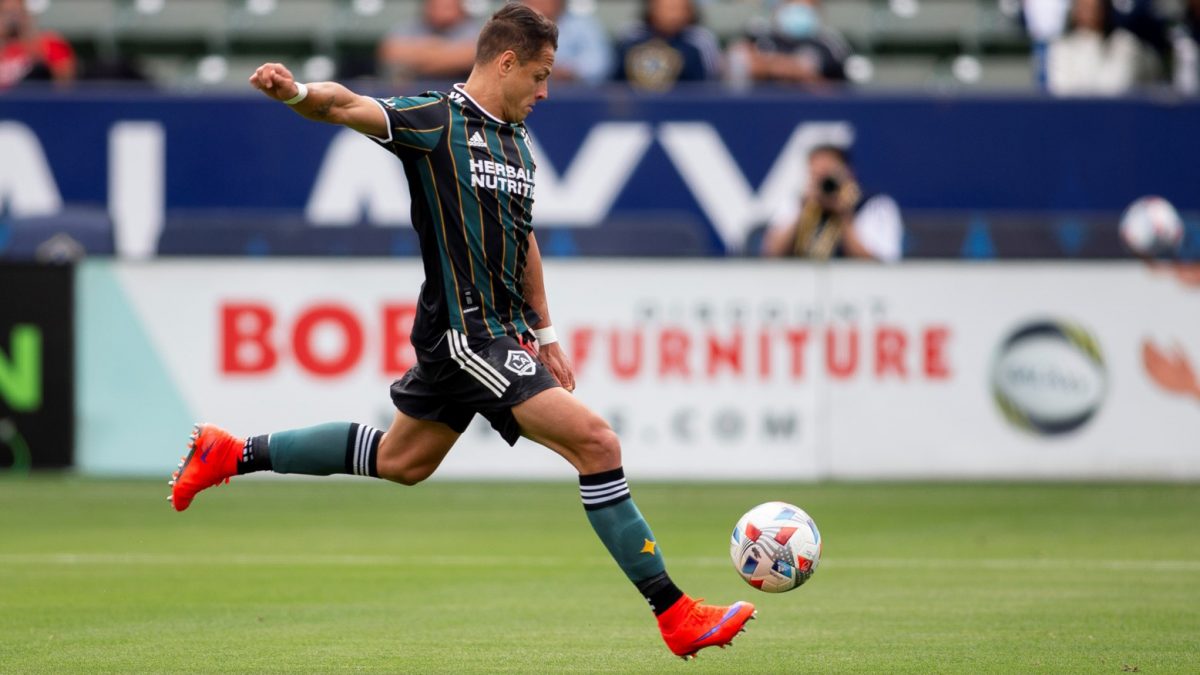 This Sunday on FS1, the back-to-back @MLS Player of the Week looks to lead the @LAGalaxy to another victory. pic.twitter.com/qofsQvF4Ec