LOS ANGELES – FOX Sports hits the beach for its ninth Super Bowl presentation, offering more than 100 hours of programming on FOX, FS1 and FOX Deportes live from its sprawling South Beach studio location leading up to Super Bowl LIV. On Super Bowl Sunday, FOX televises more than seven hours of pregame programming from three separate locations – at South Beach, as well as inside and outside Hard Rock Stadium. FOX NFL KICKOFF returns to the Super Bowl for the second time in show history with a 1:00 PM ET special, FOX SUPER BOWL KICKOFF, followed by FOX SUPER BOWL PREGAME SHOW, a four-and-a-half-hour edition of FOX NFL SUNDAY at 2:00 PM ET, leading into the biggest game of the year at 6:30 PM ET. 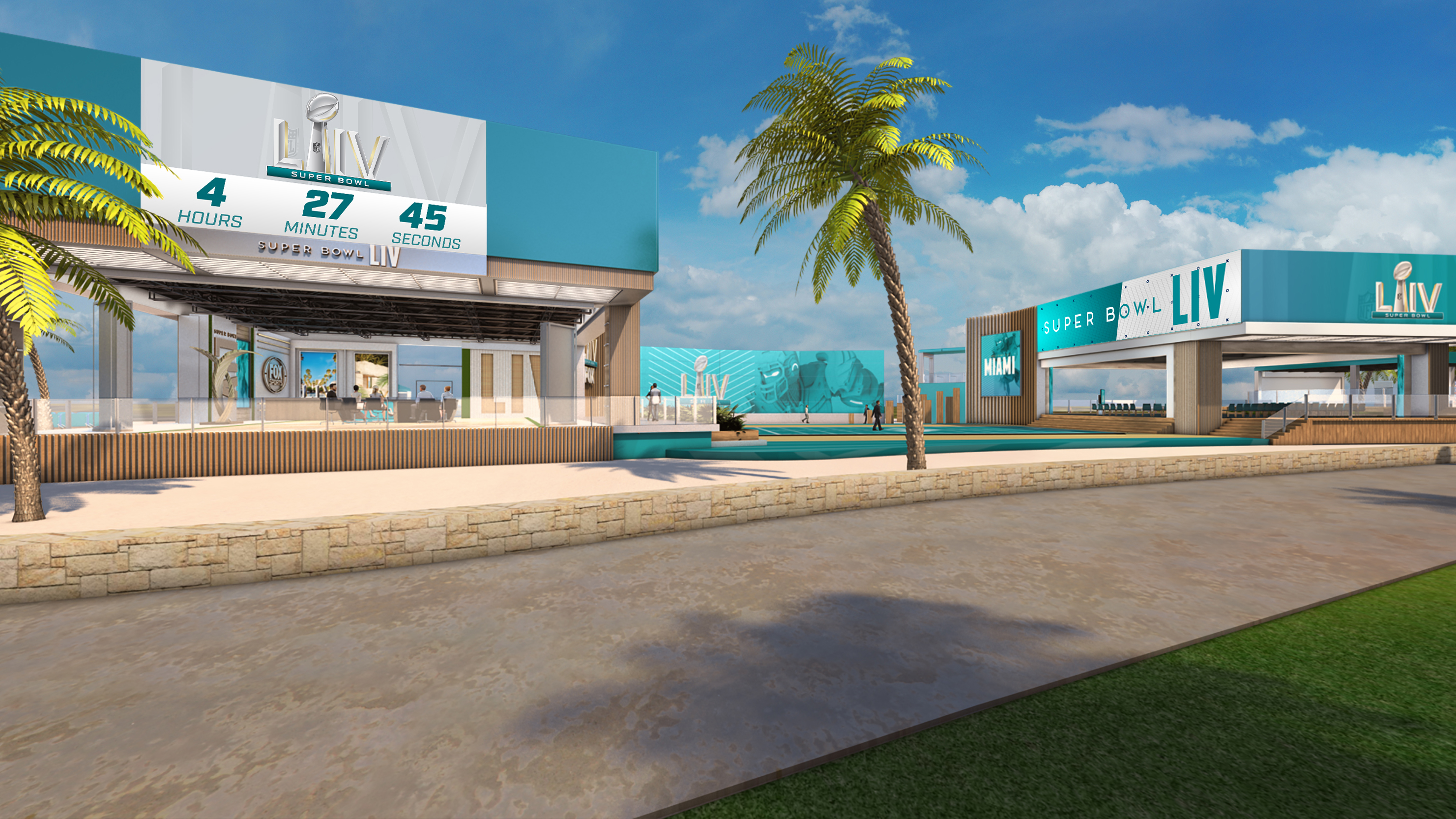 “The Super Bowl is an event that brings America together, and we look forward to doing just that with our presentation of Super Bowl LIV in Miami,” said Brad Zager, FOX Sports Executive Producer, Executive Vice President Production/Head of Operations. “Hundreds of men and women throughout the company have been working tirelessly on this production, and we can’t wait to get to Miami to show off their efforts, including our state-of-the-art South Beach studio compound.” 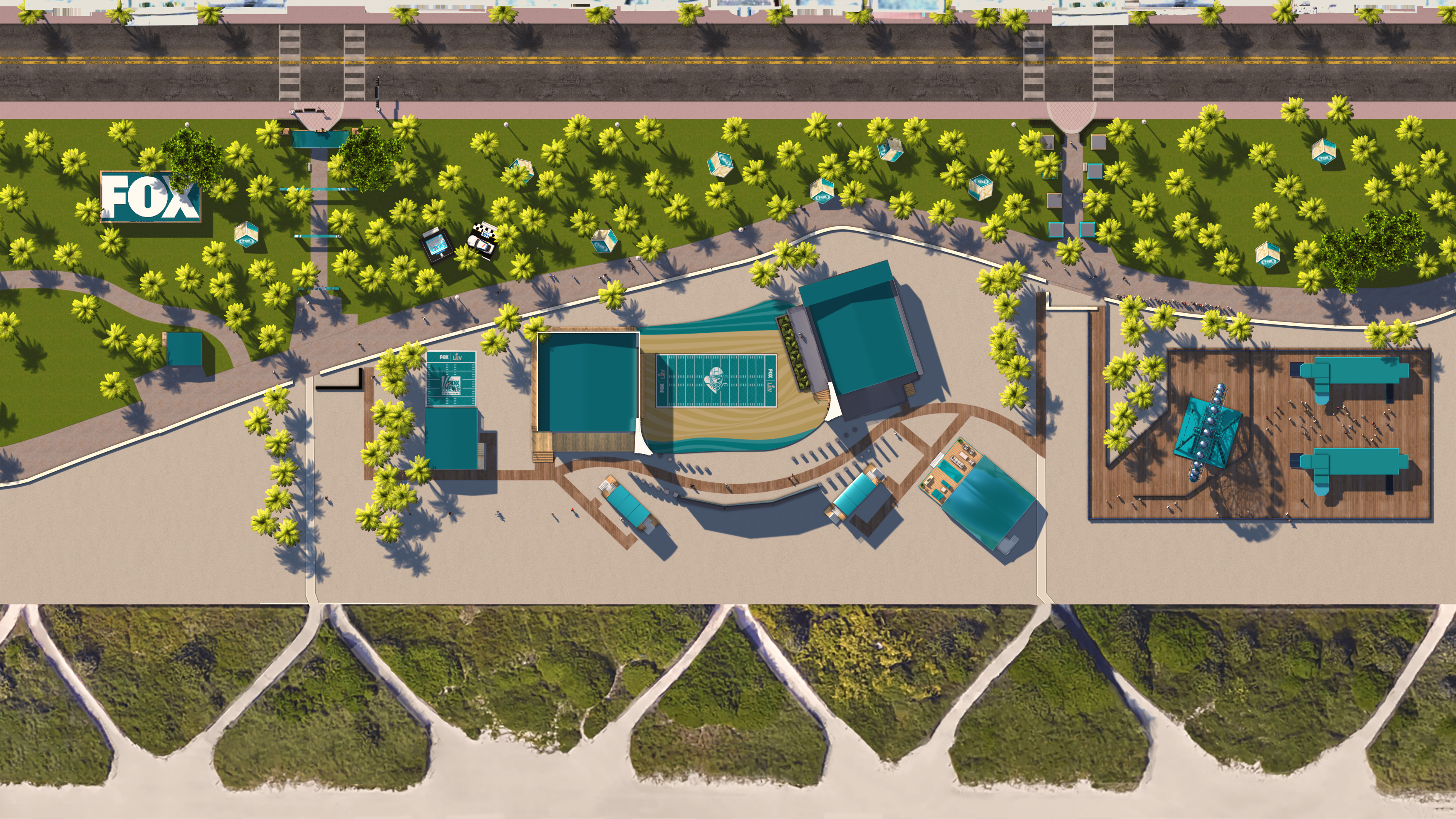 FOX Sports’ South Beach location represents the network’s largest footprint ever for a Super Bowl. The compound includes two separate stages and a large demonstration field that will be utilized throughout the week by the brand’s full complement of weekday studio shows and Sunday programs. Located just steps away from sand and surf, the FOX Sports compound is situated on Ocean Drive at Lummus Park, featuring more than 50 square meters of LED walls and 25 cameras, including a moveable two-point Flycam, which brings the viewing audience from the ocean to the set and back again.

FOX Sports lead NFL play-by-play announcer Joe Buck calls Super Bowl LIV alongside Hall of Famer Troy Aikman on Sunday, Feb. 2, beginning at 6:30 PM ET on FOX. The pair call their sixth Super Bowl together – the most for any active broadcasting duo. Erin Andrews and Chris Myers report live from the field, with Mike Pereira and Dean Blandino weighing in as rules analysts.

SPEAK FOR YOURSELF
3:00 to 4:30 PM ET
Jason Whitlock
Marcellus Wiley

Next to the broadcast compound in Lummus Park, FOX will host a weeklong interactive fan experience that includes a 70-foot Ferris wheel themed to THE MASKED SINGER, a screening room on the beach showing the latest FOX series and a 10-foot-tall Super Bowl-themed LEGO® MASTERS mural that fans can help build. Fans can also take pictures with LEGO®-ized versions iconic FOX Sports commentators at a LEGO MASTERS photo opp and catch the Ring of Excellence Experience Presented by Kay Jewelers where fans can try on a replica Pro Football Hall of Fame Ring. FOX Sports will also have an official NASCAR vehicle on site ahead of Daytona 500 and a photo opp with an oversized WWE championship belt. Fans who stop by the activation space also have a chance to win big sweepstakes prizes, including tickets to Super Bowl LV in 2021.