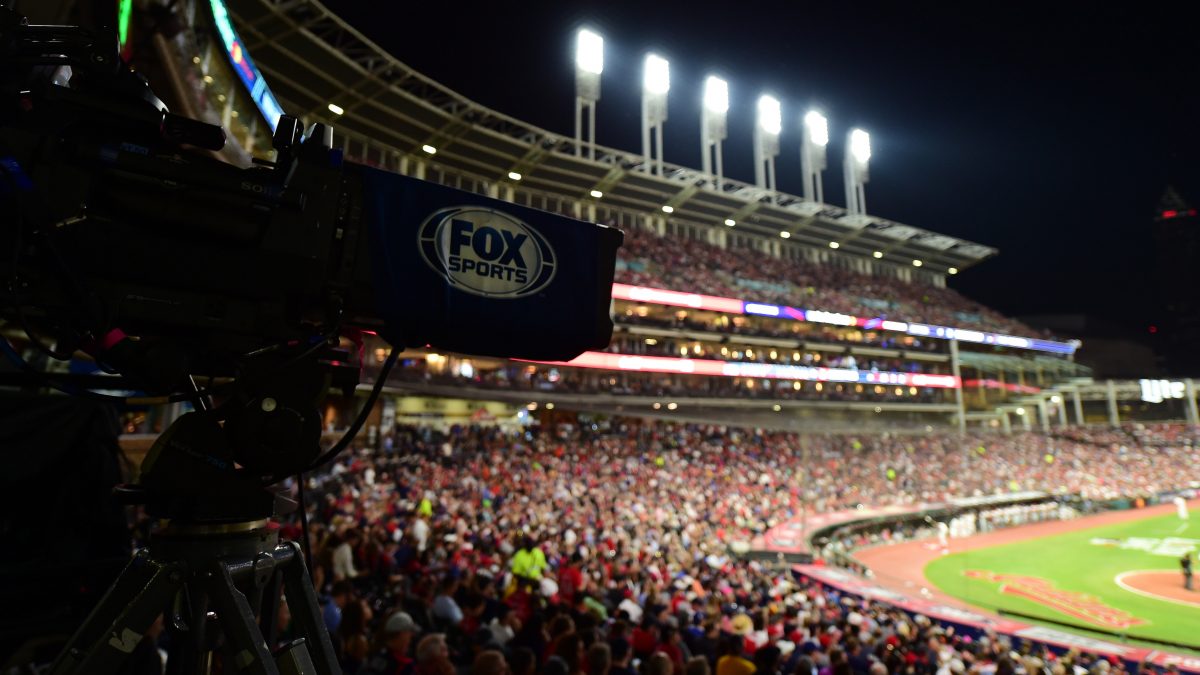 LOS ANGELES – FOX Sports is delivering the 2019 American League Championship Series in 4K HDR for the first time ever, highlighting its MLB Postseason production effort that features next-generation technology, including prototype cameras and more than 100 microphones.

“While FOX Sports takes great pride in being at the forefront of the use of new and ever-changing production technology, it’s always about the game on the field,” said Brad Cheney, FOX Sports VP Field Operations & Engineering. “We want to be right in that sweet spot … the intersection of art and science. The use of technology should always enhance the storytelling, bringing viewers closer than ever to the sports they love.”

• In cooperation with Sony Broadcast, FOX Sports is taking an 8K Sony HDR Camera to select World Series games. The newest camera for high-resolution production will capture the game in 8K, but also be able to conduct zoomed-in extractions of the action, utilizing a massive amount of imagery to magnify an area of interest.

• Multiple FOX Sports “Dirt Cams” will be in play around the infield, giving viewers a unique “snails-eye” view of the action. (Photos available)

• A point-to-point FlyCam system will be used for select World Series games. Coming off its successful debut at this year’s MLB All-Star Game in Cleveland, FlyCam delivers a dynamic view of the entire stadium.

• 4D Replay will be in play for the World Series, incorporating 30-plus cameras arranged around home plate, offering the creation of an animation displaying batter swings, pitch location and plays at the plate.

• Using technology born of FOX Sports coverage of the U.S. Open Championship, FOX Pitchcast employees Virtual Eye 3D rendering, along with MLB Pitchtrax and MLB Statcast tracking data, to display the flight of balls (pitched or hit) in a meticulously crafted virtual environment, including the ability to compare the flight of multiple balls from new and creative angles.

To prepare for the massive cross-country MLB Postseason production effort, FOX Sports is preparing two sets of five mobile units (along with two generator/UPS units, satellite trucks and other necessary equipment). The traveling production compounds are strategically placed around the country in order to get to different cities in enough time to set up and broadcast each game. 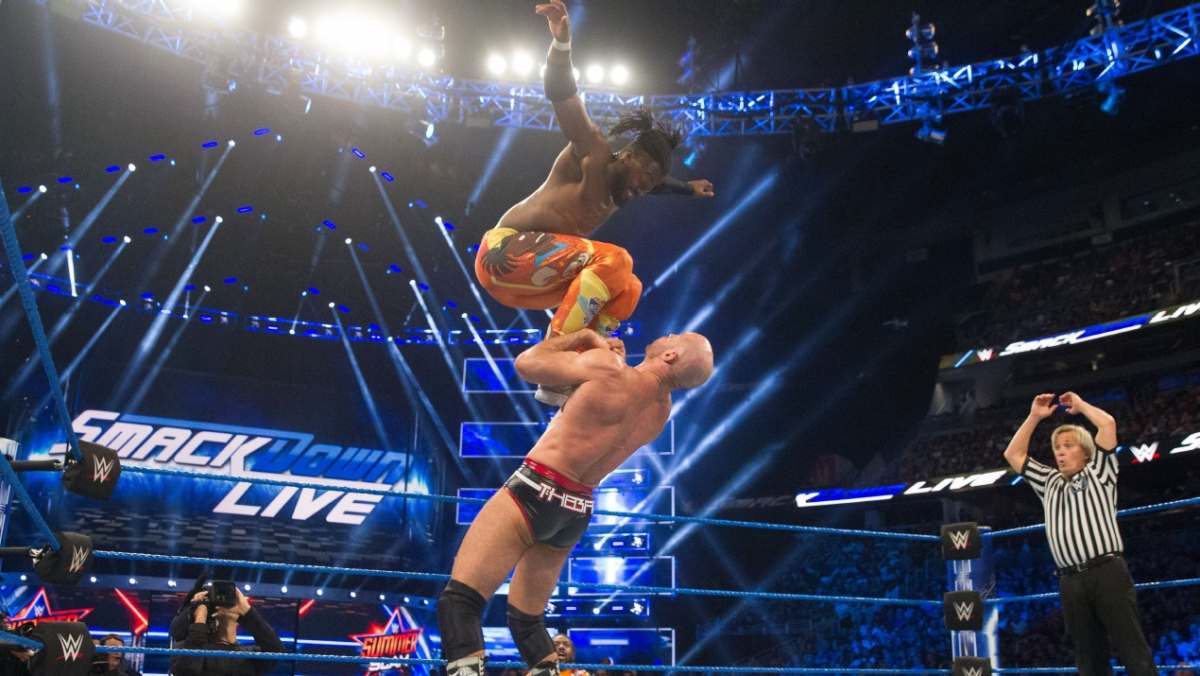 Los Angeles – In anticipation of the Oct. 4 launch of FRIDAY NIGHT SMACKDOWN on FOX at 8:00 PM ET/PT, the FOX family of networks presents a week-long slate of WWE programming. 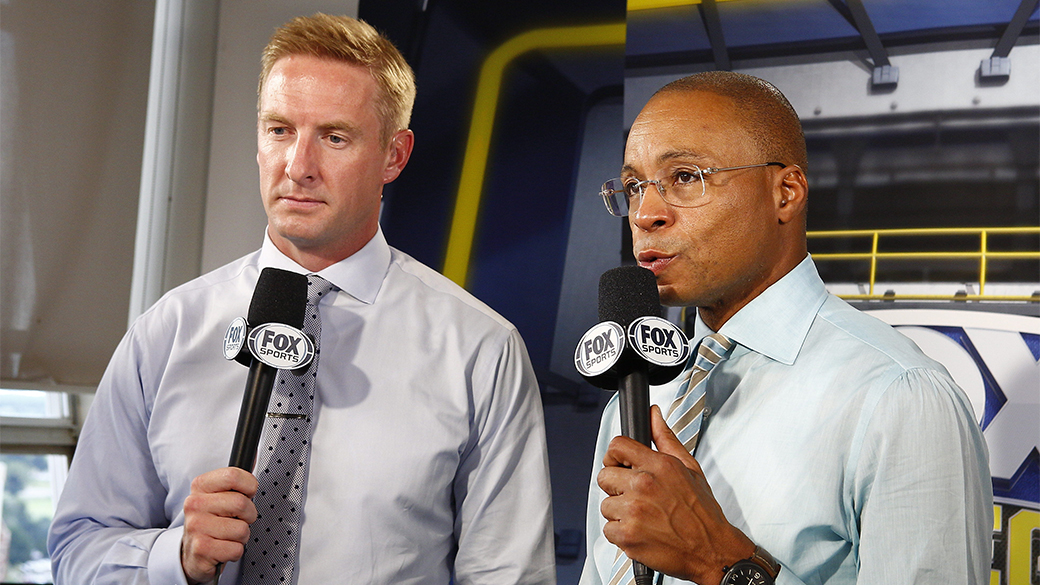 No. 6 Oklahoma’s 55-16 win over Texas Tech drew another set of strong ratings for FOX at Noon ET.

No. 6 Oklahoma’s 55-16 win over Texas Tech drew another set of strong ratings for FOX at Noon ET 💪 pic.twitter.com/2cn0anB74c 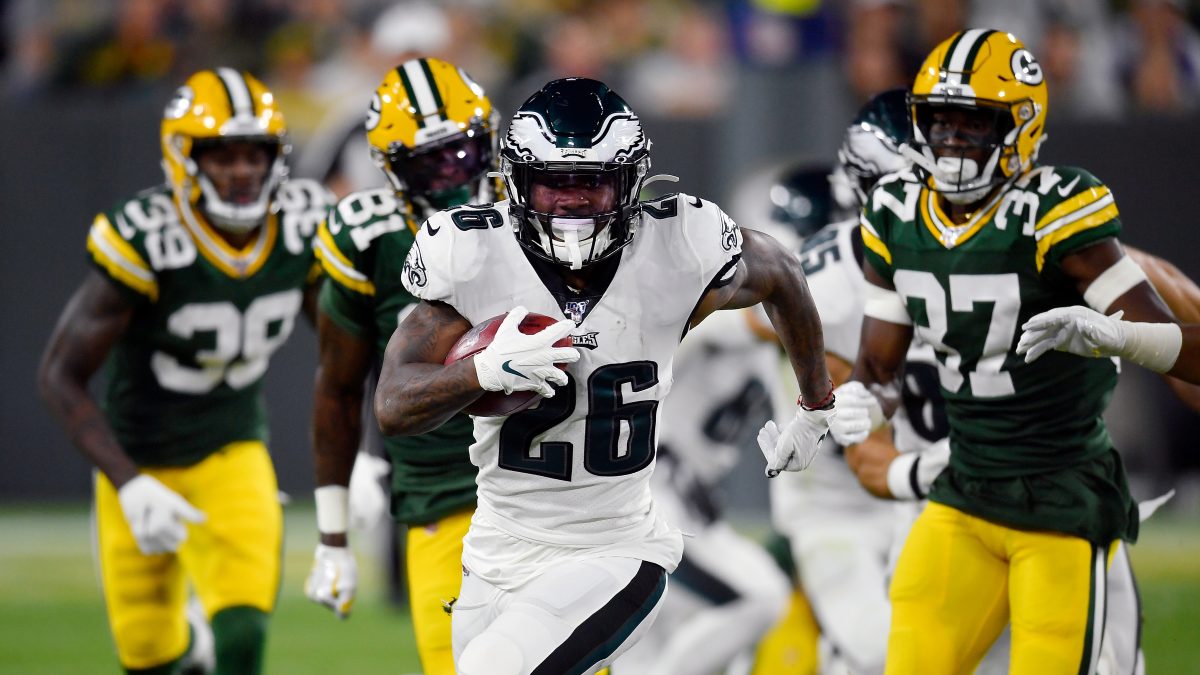 In its first THURSDAY NIGHT FOOTBALL broadcast of the season, @NFLonFOX scores a primetime win. 🥇 pic.twitter.com/x1OW1TZm3Q 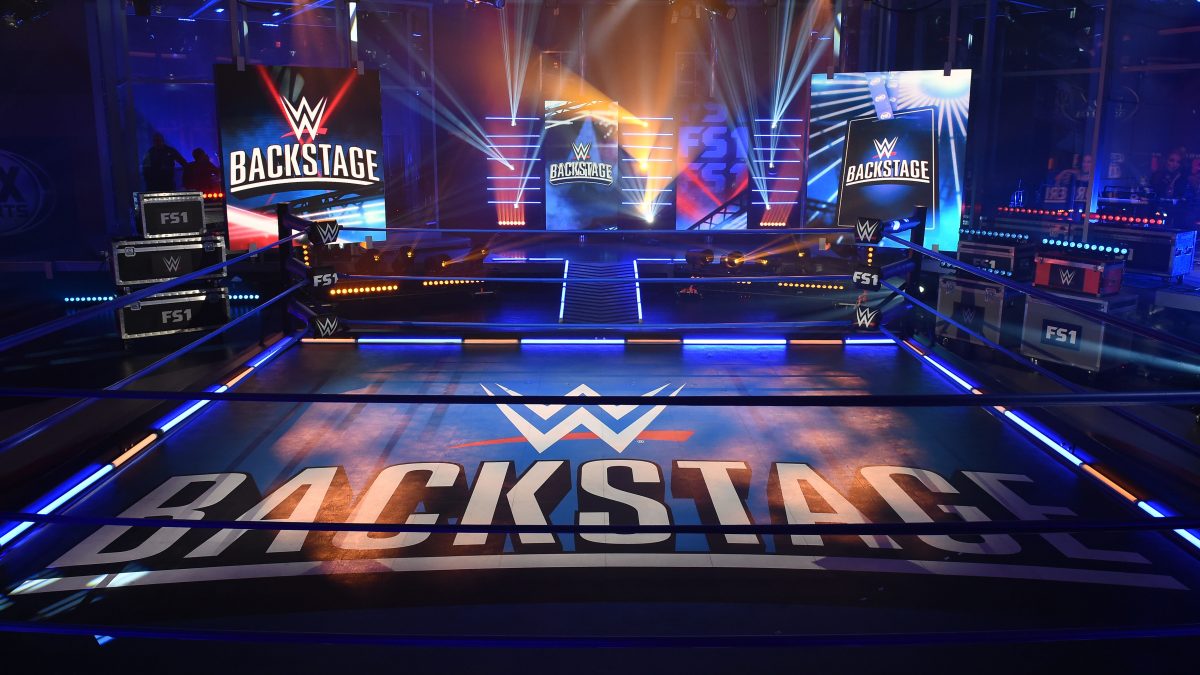 Los Angeles – SmackDown moves from Tuesdays to Fridays beginning Friday, Oct. 4 at 8:00 PM ET/PT on FOX, but WWE fans can still get their Tuesday night fix with FS1’s WWE BACKSTAGE, television’s only studio show devoted to all things WWE.

Longtime WWE broadcaster Renee Young and WWE Hall of Famer Booker T weigh in on the biggest stories in WWE, and are joined by a rotating cast of guests and personalities, including current and former WWE Superstars.

Ahead of WWE BACKSTAGE’s Nov. 5 debut, FOX Sports offers a special preview of the show on Tuesday, Oct. 15, following the conclusion of the ALCS Game 3 on FS1. Young and Booker T are joined by special guests to reveal the WWE BACKSTAGE set at the FOX Studios Lot in Los Angeles, and to break in their brand-new ring.

A Toronto native, Young began her broadcast career with The Score in 2009, before making her WWE television debut in 2012. Since then, she rose quickly through the ranks, interviewing all the top stars in the WWE and co-hosting the post-SmackDown show “Talking Smack” on WWE Network. In 2018, she earned a full-time spot on the Monday Night Raw broadcast team, the first woman to ever achieve the honor. Young’s on-air roles continue to expand as one of WWE’s most prominent personalities.

“WWE BACKSTAGE is a wrestling show for wrestling fans. From hardcore fans to people new to wrestling, we’ll give them a little bit of everything,” said Young. “It’s going to be fun, it’s going to be loud, we’re going to give them a ton of opinions and I can’t wait to help spread the word about SmackDown coming to FOX.”

A two-time WWE Hall of Famer, Booker T is one of the most-decorated Superstars in history with 11 WCW Tag Team Championships, six World Championships and a victory in the 2006 King of the Ring Tournament. He made the transition from the broadcast booth in 2011, and has become a staple of WWE telecasts ever since.

“It’s awesome being part of the FOX family and part of this movement of FRIDAY NIGHT SMACKDOWN to FOX,” said Booker T. “FOX Sports has always been the one-stop shop for sports and now it’s going to be the one-stop shop for sports and entertainment. I think this is going to be a tag team that’s going to last for a long time, and one that cannot lose. As I always say, now can you dig it, sucka?”

More information on WWE BACKSTAGE, including additional on-air personalities and special guests, will be announced at a later date. 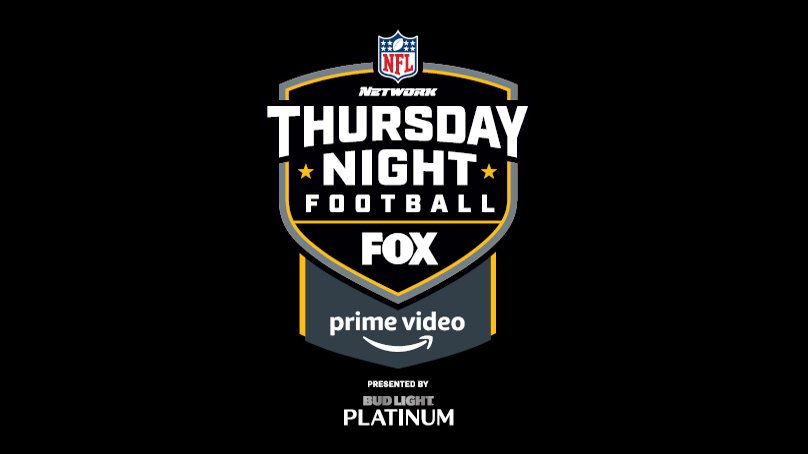 THURSDAY NIGHT FOOTBALL PRESENTED BY BUD LIGHT PLATINUM on FOX and NFL Network is also available to stream through NFL, FOX and FOX Deportes digital properties, Amazon Prime Video and Twitch. The contests are also available to all fans on mobile through NFL digital properties (NFL App, NFL Fantasy, NFL.com mobile web), on Yahoo Sports and other Verizon Media properties, and on club sites and apps of the two participating teams. During the season, fans can learn all of the ways to watch at NFL.com/TNF.  NFL Network and Amazon simulcasts subject to change. 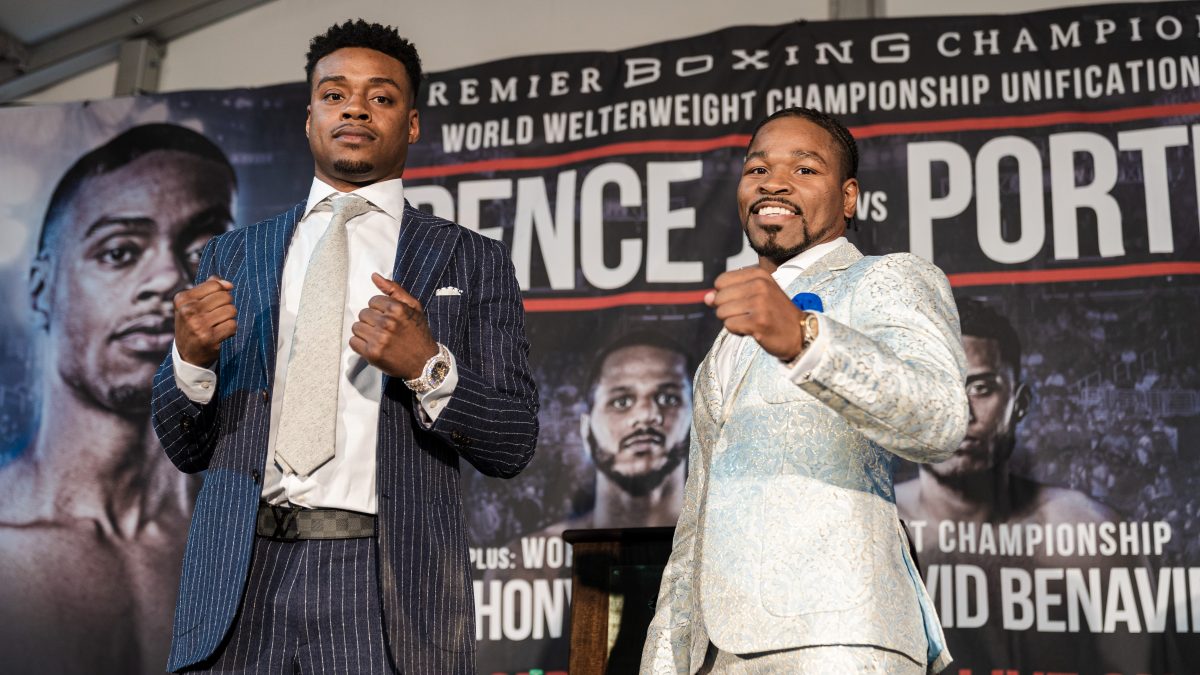 Interest is peaking for the #SpencePorter PPV – a record number of viewers are tuning in to the @PBConFOX preview programming. pic.twitter.com/PqlyOXfw7H 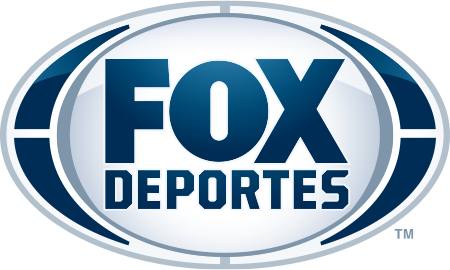 LOS ANGELES – The road to Super Bowl LIV on FOX Deportes kicks off Thursday, September 26 at 5:00 PM ET when the Green Bay Packers host the Philadelphia Eagles from Lambeau Field.

An edition of NFLEROS, the network’s weekly NFL program, immediately follows the game.

This season, FOX Deportes airs a total of 16 games culminating in its exclusive Spanish-language presentation of Super Bowl LIV on Feb 2, 2020, live from Hard Rock Stadium in Miami.

For the most in-depth information, including game summaries from all NFL games, live scores, statistics, schedules and highlights, viewers should visit NFL en Español website, powered by FOX Deportes.

For more information on FOX Deportes’ coverage of the NFL, including bios and photography, visit FOX Sports Press Pass. 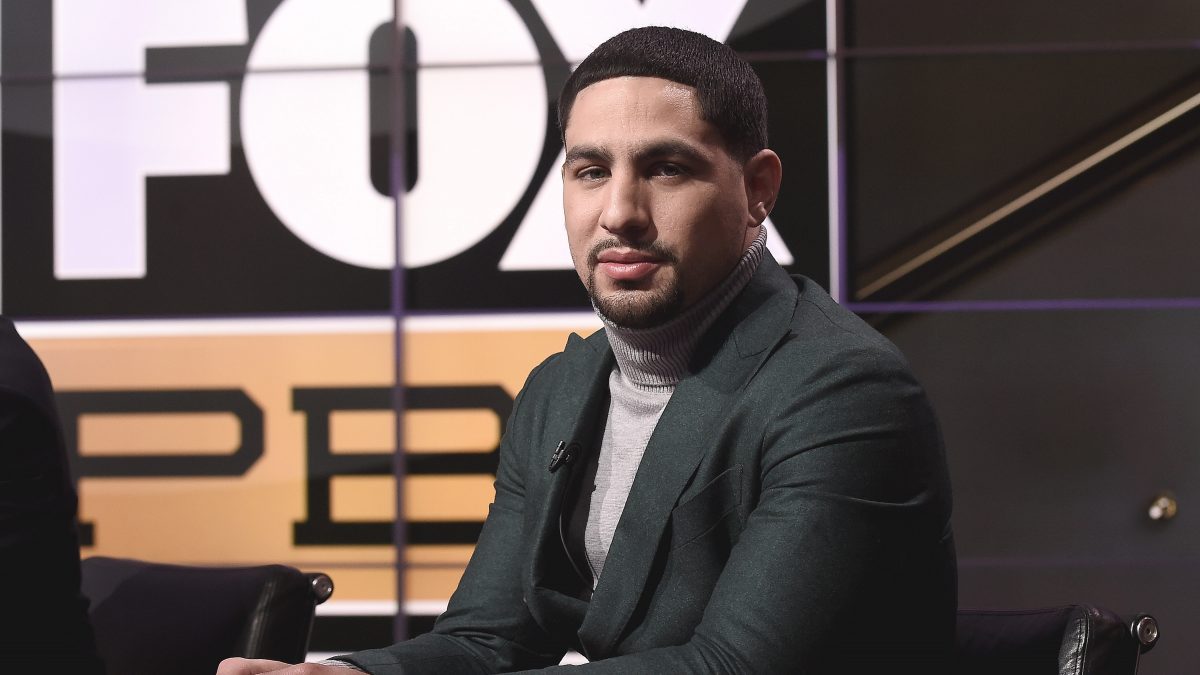 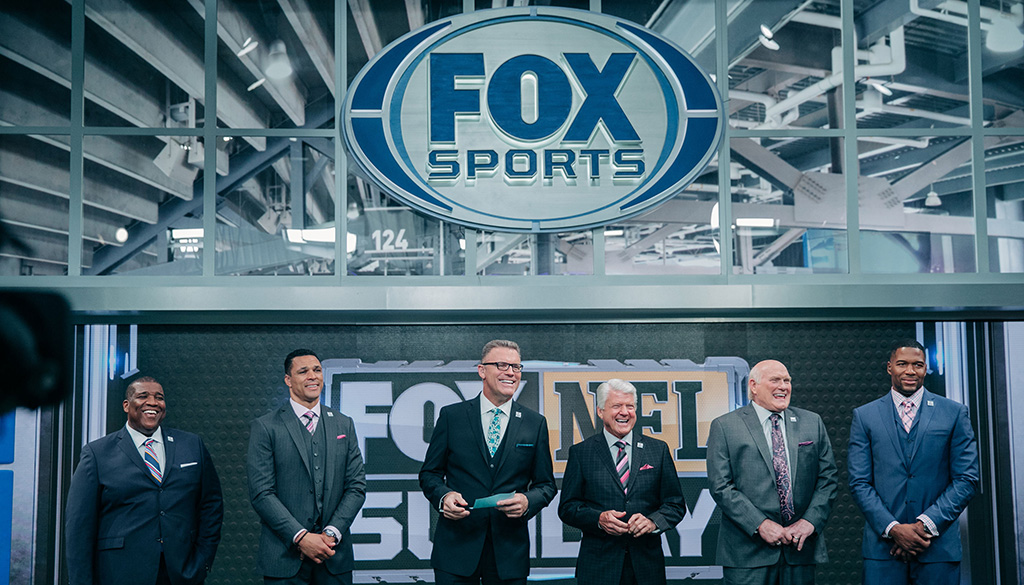