New York – Interspersed among conversations one might overhear on the FOX College Football set regarding the latest stats, upsets or playoff hopes, is “Did you know one day on Venus is like 243 Earth days?”

Strip away the athletic accolades, muscle and grit, and you unearth Smith’s lively passion for astronomy and classical music, nurtured since childhood, but made possible via opportunities afforded him during his NFL playing career.

“I’ve had a curiosity about the natural world and science since early in life, and I remember looking through astronomy books as a third grader and being fascinated,” Smith said. “You look at a black sky and can see some stars, but you can’t really begin to imagine the different worlds that exist until you see it for yourself.” 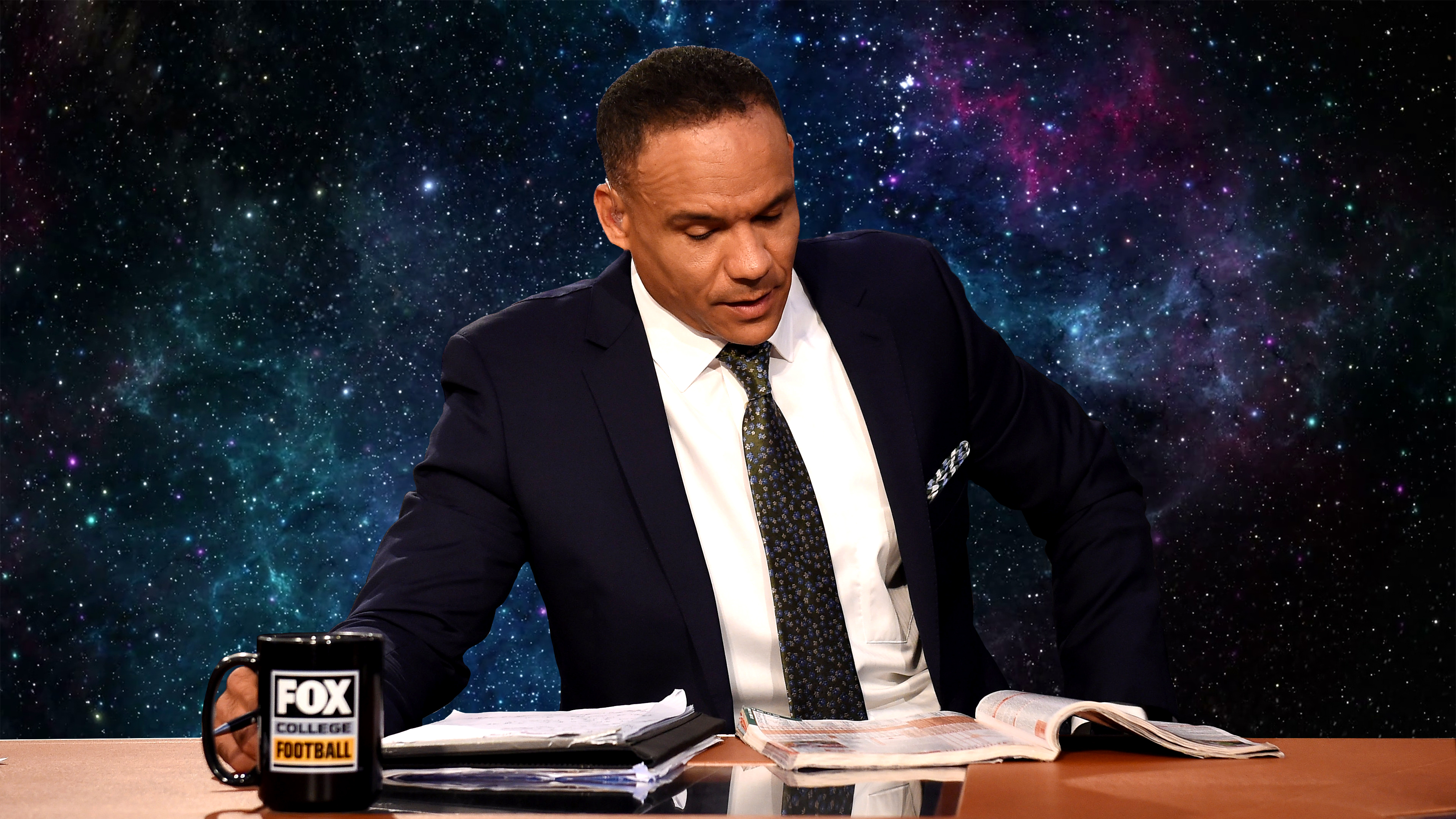 Smith’s interest in astronomy became a self-confessed obsession with the purchase of a singular piece of equipment.

“As a rookie in the NFL, it hit me like a flash of light that I finally could afford a telescope, so I bought my first and went nuts with it,” Smith recalled. “That’s when astronomy became an obsession for me. I began reading Stephen Hawking books on cosmology and the origins of the universe, and learning more about deep space objects and star charts and buying Astronomy and Sky & Telescope Magazine.”

Prior to being selected by the Minnesota Vikings in the first round of the 1993 NFL Draft, Smith majored in history at The Ohio State University but also studied biology, chemistry and physics pursuant to an interest in attending medical school. Among the most fascinating sights for the Buckeyes running back, who performed cloning and sequencing of genes in the school’s hematology/oncology lab during the summer of 1991, is the sixth planet from the sun.

“Seeing Saturn for the first time is mind-boggling,” Smith exclaimed. “It truly looks fake in the telescope because you just can’t believe the rings are real. Seeing something so deep in space so clearly for the first time really ignited my passion for astronomy.”

The All-Big Ten rusher, who visited his first planetarium as an elementary school student, is raising his two children with a respect for and knowledge of the universe beyond the Earth’s atmosphere. His eight-year-old daughter oftentimes is his astronomy shadow and aspires to be a scientist.

“Anyone who sees the universe for the first time is blown away, and she saw that at such a young age,” Smith explained. “The connection is that much stronger because of her age.”

Science is a frequent topic around the Smiths’ breakfast, lunch and dinner table just outside Dallas. In fact, a simple question by his six-year-old son led to a prime opportunity for a recent science lesson directly applicable to this weekend’s (September 22) autumnal equinox.

“Just the other day, the kids were asking about it getting dark earlier in the evening, and I explained the days are getting shorter, and there is a 12 hour/12 hour split with the equinox and solstice every year – the longest and shortest days of the year,” Smith related.

Think that’s impressive for mere dinner conversation? Take a look at other stats Smith spouts off nearly as effortlessly as if he were reading a box score: “A day on Venus is longer than a year on Venus — it takes Venus 243 Earth days to rotate once on its axis. Venus also produces a runaway greenhouse effect” or “The winds on Neptune are nearly 600 miles-per-hour.”

Lest one think Smith, a fan of Morgan Freeman’s “Through the Wormhole” TV series, sat in the NFL locker room alone with his savant tendencies, be advised he had at least two kindred spirits in the pro football world.

“Robert Griffith was a mechanical engineering major at San Diego State, and Pete Bercich was a goofball who went to Notre Dame, and I often talked to both about astronomy, science and the universe,” Smith said. “Theoretical physics is a fringe topic, and there aren’t that many people in the general population who discuss these topics, so it was nice to have those conversations.” 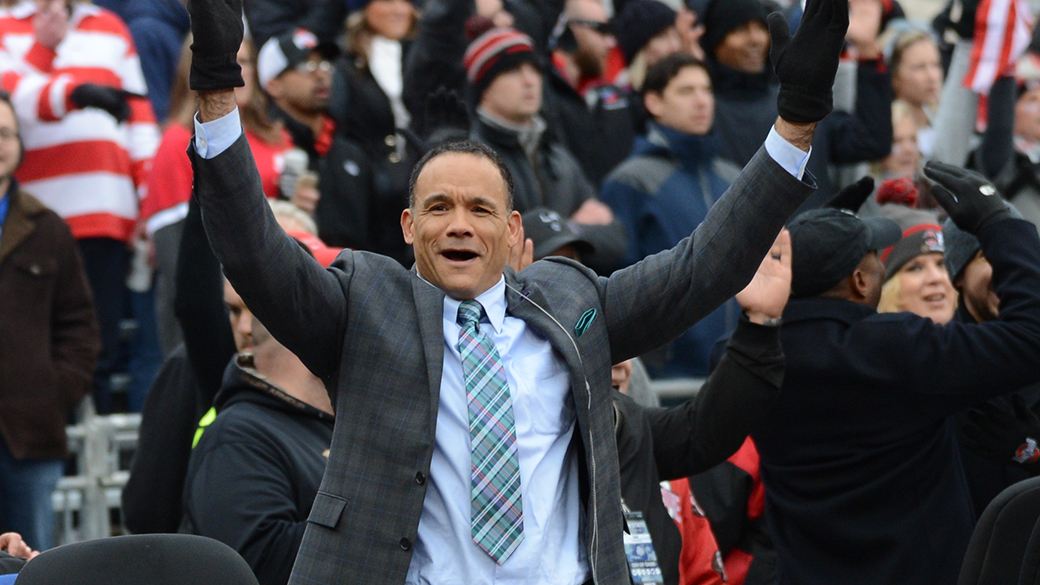 Smith also can dazzle (or befuddle) with his knowledge of music. Raised in Ohio on Motown and late ‘50s tunes, Smith fell in love with the classical genre after seeing A Clockwork Orange and taught himself to play piano late in his NFL career.

“Malcolm McDowell’s character was obsessed with Beethoven’s 9th Symphony, and in high school, when I got my first CD player, that was my first CD,” Smith recalled. “It’s a fascinating piece that really opened me up musically. Denny Green (former Vikings coach) was a drummer and had a drum set in the Vikings’ facility. He turned me onto jazz in Minneapolis. When The Lion King came out, I started getting into African music, specifically the ‘African Lullabies’ album. So, it was Public Enemy and Nine Inch Nails to pump myself up, and then relaxing to get my mind ready for a game with ‘Aretha Franklin Sings the Blues’ and ‘African Lullabies.’”

His two biggest hobbies don’t exist independently of each other. The scientist in Smith also crisscrosses the musician in him.

“There’s a great book on the intersection between science and music — ‘This is Your Brain on Music: The Science of a Human Obsession,’ which discusses the neurological impact of music,” Smith stated. “Different musical keys, such A-major, have different influences on a person’s emotions. The music most tied to emotions is that which you listened to when going through significant changes in early adolescence. That is the music you are most attached to for the rest of your life. Even people with significant memory loss are able to remember songs from their teens. It’s a fascinating book. Science is so incredibly fascinating.”

Robert Smith is equally fascinating. Some might even call him out-of-this-world.