NEW YORK –Sept. 13, 2016 – For the first time ever, fans have the opportunity to watch a major sporting event live in virtual reality without special equipment through the FOX SPORTS VR app, a new offering from FOX Sports, powered by LiveLike. The huge non-conference college football showdown between No. 3 Ohio State and No. 14 Oklahoma on Saturday, Sept. 17 (7:30 p.m. ET, FOX broadcast network) is available to 95 million authenticated households through the new app, available for iOS and Android devices, making it the first live sporting event widely available in virtual reality.

Fans can access this first-of-its kind VR experience by downloading and installing the FOX SPORTS VR app and signing in with their television provider credentials the same way they currently enjoy streaming in FOX Sports GO, FOX Sports’ TV-everywhere app. The VR experience can be enjoyed without any special VR equipment through the interactive, 360-degree viewing experience built specifically for mobile devices, or with a Gear VR or cardboard headset. The app includes:

“FOX Sports’ commitment to innovation makes them the perfect company for us to work with as we roll out a VR experience that allows today’s sports fan to lean-in and watch sports in an entirely new way,” said Andre Lorenceau, founder and CEO, LiveLike. “The Oklahoma vs. Ohio State game represents the beginning of our relationship with FOX Sports, and we look forward to working with them to make the FOX SPORTS VR app an important destination in the sports viewing experience.”

“LiveLike has a unique and compelling approach to the live-sports VR experience,” said Devin Poolman, FOX Sports Senior Vice President of Digital Platforms. “We are thrilled to work with them to bring this new technology to our viewers, and it is particularly meaningful that this experience requires only an iPhone or Android device, allowing us to bring VR to a larger audience than ever before.”

HOW TO WATCH THE GAME
Fans can watch Ohio State at Oklahoma by downloading the free FOX SPORTS VR app available on iOS and on Android via iTunes, Google Play, Oculus Store, Samsung’s Milk VR store, or visit foxsports.com/mobile. Message and data rates may apply.

ABOUT LIVELIKE
LiveLike gives viewers the opportunity to watch live sports in virtual reality from a “private suite” that mimics a real VIP suite experience, complete with additional feeds, statistics and a jumbotron showing the game’s TV broadcast. With a flexible technology platform and device-agnostic approach, LiveLike is able to create tailored mobile experiences for Gear VR, Google Cardboard and more. The company has already broadcast games in partnership with Sky Sports (English Premier League games), Roland Garros (French Open), Manchester City (Manchester vs. Arsenal), Sky Germany and El Clasico. In February 2016, the company received the “1st and Future” award from NFL and TechCrunch. The company is based in New York. 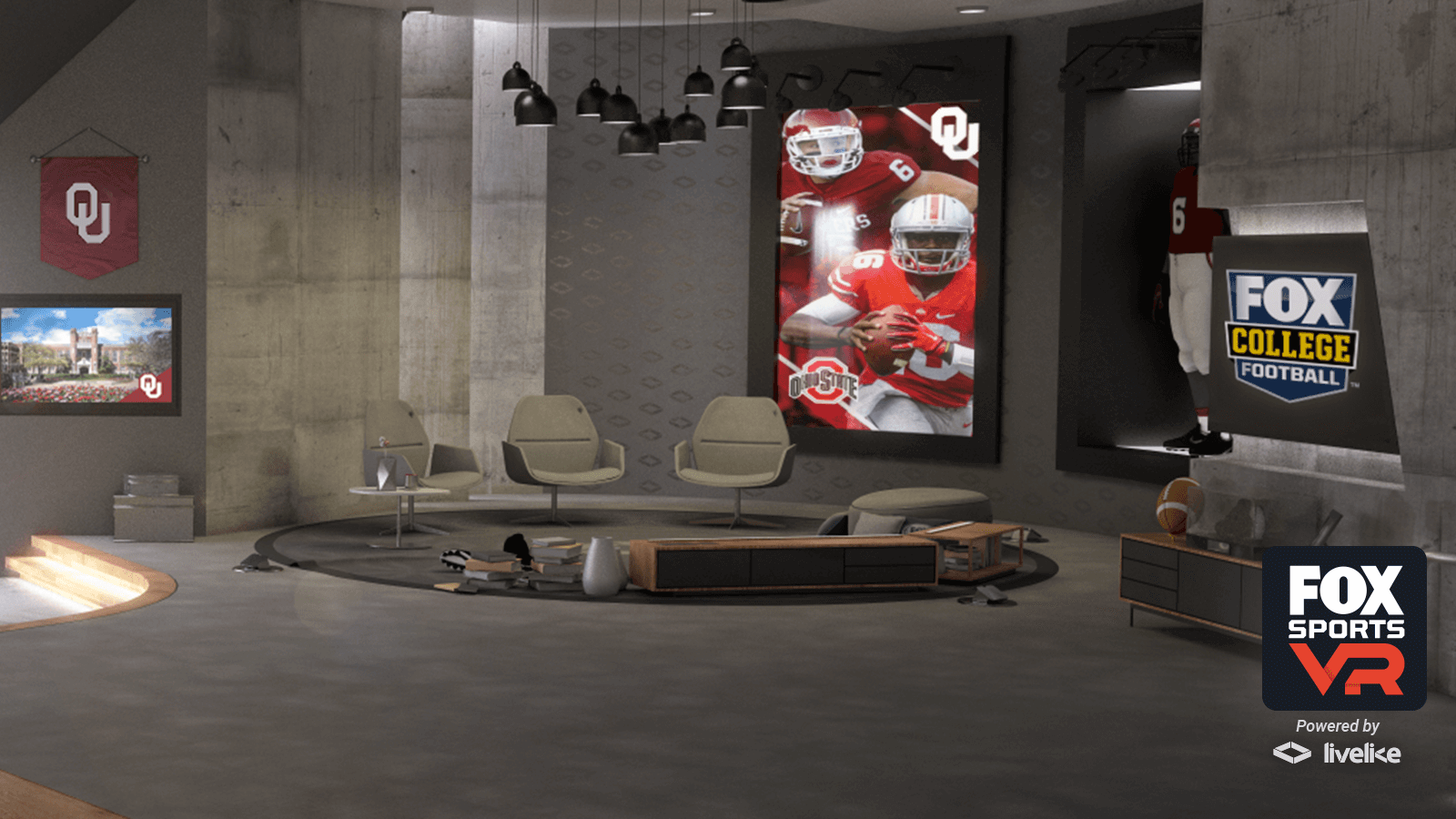 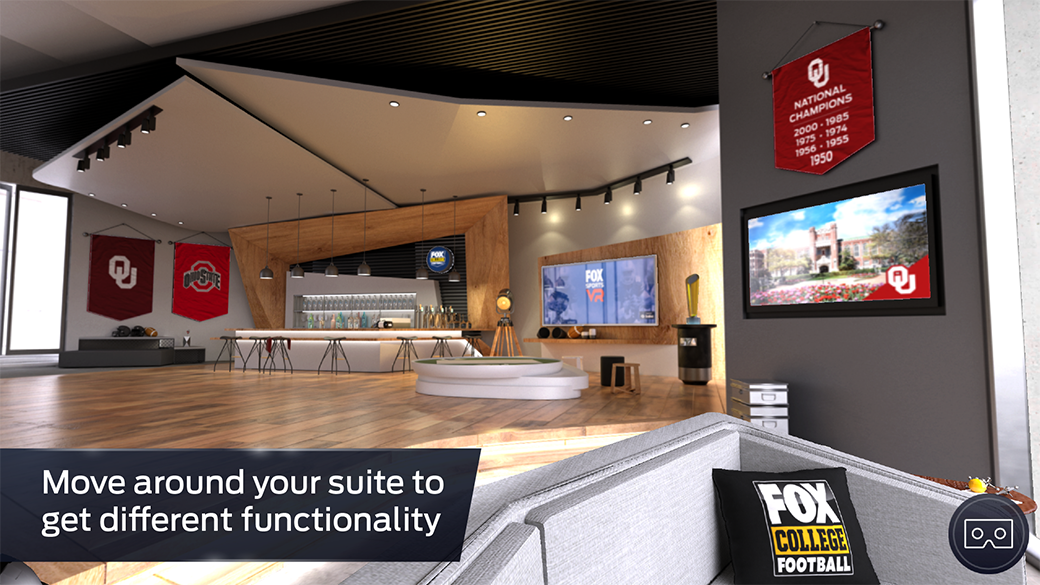 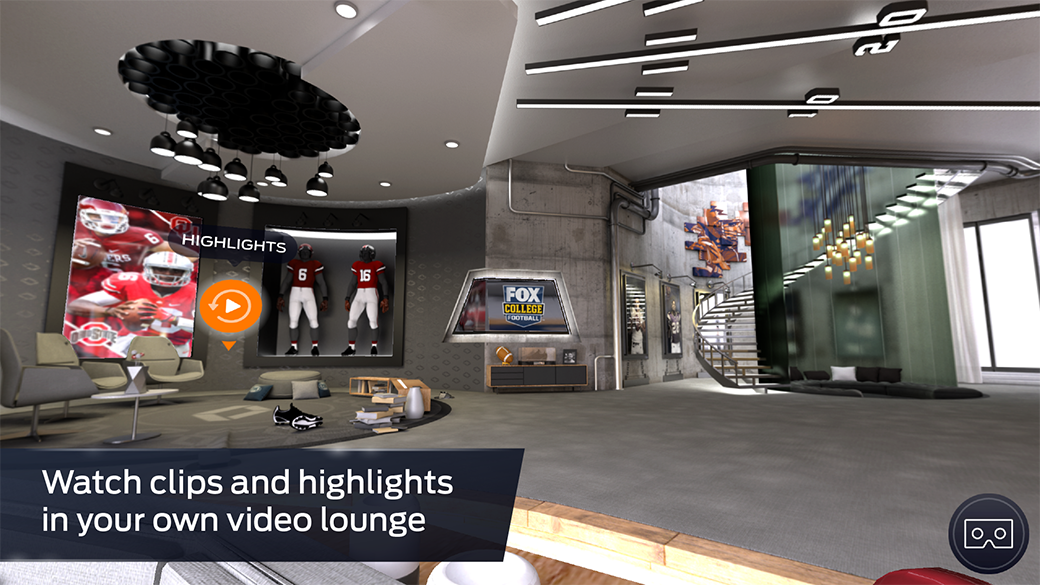