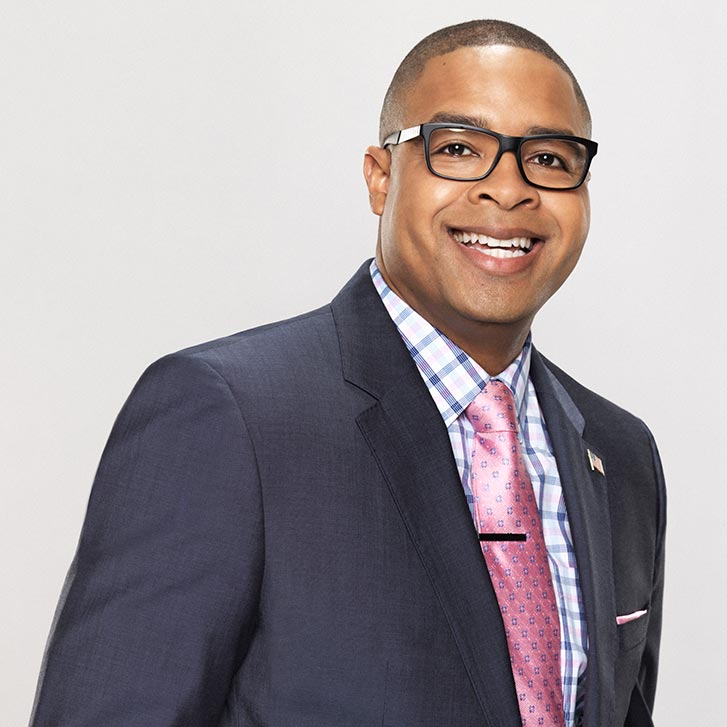 A polished, versatile broadcaster with more than 20 years of experience, Mike Hill joined FOX Sports in August of 2013 as part of FS1’s launch. He currently fills a variety of hosting roles, including providing game breaks during FOX NFL and college football contests. He also serves as a host on INSIDE THE BIG EAST as well as during studio programming surrounding college football, college basketball and MLB games on FOX and FS1.

Hill has demonstrated his aptitude across a variety of platforms during his broadcast career, one that began in 1995 when he accepted a position as the sports director at WHAG-TV in Hagerstown, Md. After then spending a year at KSEE in Fresno, Calif., he landed at WKRN-TV in Nashville in 1997, where he won two sports Emmy Awards for his in-depth coverage of local high school football and was named the “Best Sportscaster for People Who Don’t Love Sports” by The Tennessean. Hill spent four years in Music City before making his first foray into the national television realm as a host on FOX Sports Net. After three years at FSN, he served as a sports reporter at KXAS-TV in Dallas from 2002-04 and then made the biggest move of his career by joining ESPN in 2004. Over the ensuing nine years, Hill made a name for himself at the network, beginning at the highlight desk for ESPN News and later transitioning onto some of the carrier’s highest-priority programming, appearing as a host on SportsCenter, NFL Live, Baseball Tonight and NBA Tonight among others.

A creative mind with a dynamic array of personal interests, Hill has crossed over into a number of non-sports avenues during his career. He has dabbled as a film and theatre actor and played the lead in The African Globe Theater of Newark’s off-Broadway production of “Miss Evers’ Boys.” Since joining FOX Sports in Los Angeles, he has made guest-hosting appearances on the celebrity TV magazine Entertainment Tonight. Hill is the owner and operator of Thrill of Entertainment, a production company based in Marina Del Rey that does multimedia production for television, Internet and radio entities. While at ESPN, he helped create the web series “Both Sides of the Ball,” and later created the FOXSports.com web series  “Keepin’ It Real with Mike Hill.” He has served as the emcee for the Ed Block Courage Award banquet, the Southwestern Athletic Conference Hall of Fame induction and the closing ceremonies of the Special Olympics USA Games. He also provided the voiceover for the audio book, “Power, Money and Sex” by Pro Football Hall of Fame cornerback Deion Sanders.

Given name James Michael Hill…Born in Bronx, N.Y. …Has two daughters, Ashlee  and Kayla… Attended Jess Lanier High School in Bessemer, Ala., where he lettered in both basketball and football and was also named the school’s Journalism Student of the Year in 1988… Held a job as a hot dog and popcorn vendor at Yankee Stadium when he was 17 years old… He was enlisted as an Air Force reservist from 1988-95 and also spent time working for the government as an analyst providing classified reports to the National Security Agency, FBI and CIA… In his free time, he enjoys playing all sports, especially golf, and watching movies, ranking The Matrix and Friday as his favorites… Also likes to read biographical novels and listening to music, listing Prince, Jay-Z and The Notorious B.I.G. among his favorite performers… Named Kobe Bryant, Adrian Peterson and Yasiel Puig as his favorite athletes and Hawaii as his favorite vacation spot… Residence: Marina Del Rey, Calif.