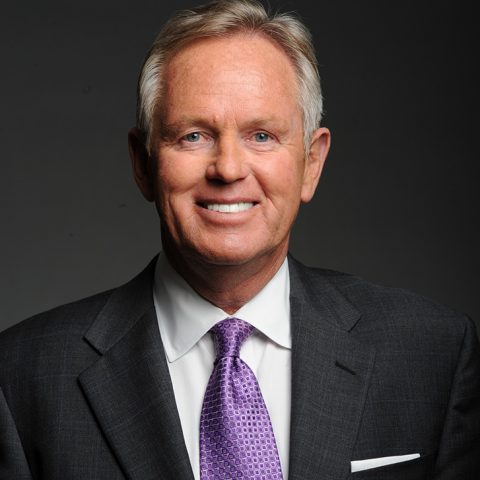 Former University of Minnesota football coach Glen Mason has served as a BTN football analyst since August of 2007. Mason regularly appears in BTN studio shows and also serves as a color commentator on BTN football broadcasts.

A 35-year coaching veteran, Mason joined the network after serving as head football coach for the Golden Gophers for 10 seasons. Under Mason, Minnesota won three-consecutive bowl games and made bowl appearances in seven of eight seasons, a school record. Mason previously held head coaching positions at Kansas and Kent State and was an assistant at Illinois, Ohio State, Ball State, Iowa State and Allegheny College. He has also been named Coach of the Year in three different conferences: the Big Ten, Big Eight and Mid-American Conference.

During his playing days, Mason was a linebacker at Ohio State, where he was a letter-winner on the Buckeyes’ 1970 Big Ten championship team.