To download a photo, select an image size from the two options below, and enter a valid email address in the email address field below.
NextBob Wenzel 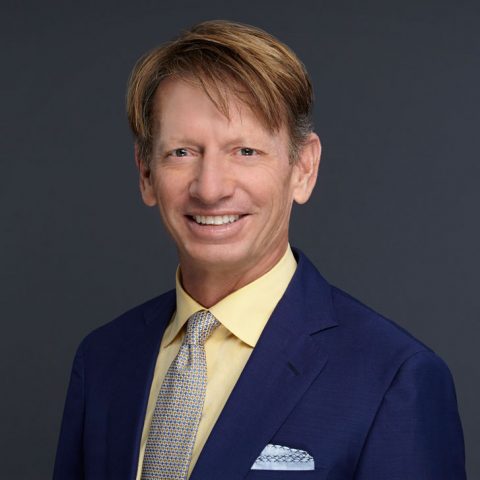 A 34-year PGA TOUR veteran and winner of the 1993 Australian Open and 2005 Buick Championship, Faxon serves as an analyst for FOX Sports’ USGA championships.

Faxon is a 34-year PGA Tour veteran and winner of the 1993 Australian Open and 2005 Buick Championship. He represented the United States on two Ryder Cup teams in 1995 and 1997, and was one of the most successful players on the PGA TOUR in the 1990s. Faxon ranks 81st on the PGA Tour Career Money List and also led the Tour in putting average in 1996, 1999 and 2000. He is now competing on the Champions Tour, finding success as the winner of the 2011 Insperity Championship. Faxon is also the recipient of the 2005 Payne Stewart Award for the PGA Tour player who best exemplifies the values of character, charity and sportsmanship, and of the 2015 Francis Ouimet Award for Lifelong Contributions to Golf.

In 2010, Faxon began working as a commentator for NBC’s golf coverage, rapidly establishing himself as an entertaining and well-informed analyst. In 2012, he received the Jim Murray Award from the Golf Writers Association of America for his cooperation, quotability and accommodation with the media. Faxon made his FOX Sports debut at the Franklin Templeton Shootout in 2014 perched in the 17th tower. Since 2015 he has served as an analyst for the network’s full slate of USGA championships.

Born in Oceanport, N.J., and raised in Barrington, R.I., Faxon currently resides in Palm Beach Gardens, Fla., with his wife, Dory, and their four daughters. He received a Bachelor of Economics degree in 1983 from Furman University where he was a two-time All-American. Faxon is the Founder of Fax&Friends Foundation and co-founder of the Andrade-Faxon Charities for Children, which has raised over $7 million for at-risk children in Rhode Island and Southeastern Massachusetts.