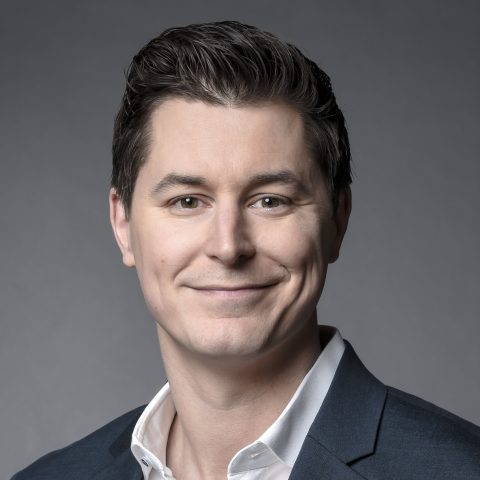 Alan Cavanna serves as a reporter for NASCAR RACE HUB, FS1’s daily news and update program, NASCAR RACEDAY, its prerace show, and as a pit reporter for the NASCAR GANDER RV & OUTDOORS TRUCK SERIES on FOX Sports. Cavanna joined the FOX Sports family in 2015 from NASCAR.com, where he served as an on-air reporter for “The Preview Show” and host of “Race Center Extra,” positions he held since the site re-launched in January 2013.

Cavanna, named “Broadcaster of the Year” four times by the National Motorsports Press Association (NMPA) (2013, 2016, 2017 and 2019), also spent eight years as a news and investigative reporter in various cities across the country, including Charlotte, N.C., the heart of NASCAR race teams. Upon moving to WSOC-TV (ABC in Charlotte) in June 2008, he covered news and multiple NASCAR races in the Southeast, as well as NASCAR’s effect on the local economy. Cavanna led much of the station’s coverage of driver Jeremy Mayfield’s 2009 suspension from NASCAR and his ensuing legal troubles, among other major events in the sport, before moving to NASCAR.com in 2012.

Cavanna most recently was honored by the NMPA in 2019 with first and second place for Spot News Television for his coverage of the Dale Earnhardt Jr. plane crash and the August Michigan race headlines, respectively. That same year, Cavanna’s “Ride to Work” feature with William Byron took first place in the Topic-Oriented Feature category, while his “The Daytona Baby” piece won second place for Event-Oriented Feature.

In 2017, NMPA honored Cavanna with first place in Spot News for his coverage of the aftermath of the Kyle Busch vs. Joey Logano incident. He won the same award in 2016 for his coverage of the breaking news that Dale Earnhardt Jr. would miss multiple NASCAR races due to a concussion. Additionally, he has won multiple runner-up and top-three awards for Event-Oriented Feature and Spot News coverage.

Prior to his reporting role in Charlotte, Cavanna worked in local news in Evansville, Ind., and Joplin, Mo. He counts among his most memorable assignments his coverage of the aftermath of Hurricane Katrina and his time following Indiana’s National Guard upon its deployment to Savannah, Ga., in the aftermath of the hurricane. While in Joplin, Cavanna covered some of his first NASCAR races with the 2006 DAYTONA 500 and events at Kansas Speedway. While working in Evansville, he covered the BRICKYARD 400 at Indianapolis Motor Speedway, in addition to his news reporting responsibilities.

In a twist of fate, Cavanna’s first jobs in racing, as well as the first NASCAR race he attended, came at Dover International Speedway and Pocono Raceway as a college student in 2003. He served as a production assistant for the FOX NASCAR broadcast booth of Mike Joy, Darrell Waltrip and Larry McReynolds at those tracks.

Cavanna spent some time behind the wheel of quarter midgets as a child and teenager, earning a New England championship in his class at various Northeast tracks before stepping out of the race car at 15. His grandfather was a professional sprint car driver in the 1930s and 1940s.

Originally from Glastonbury, Conn., Cavanna grew up in Marlborough, Conn., and worked on his aunt and uncle’s fruit farm as a child. He graduated from Syracuse University in 2004 with a degree in Broadcast Journalism and is an Eagle Scout. He is married to Dianne and resides in Charlotte, where he enjoys attending Charlotte Hornets games, cheering on the Buffalo Bills, listening to “The Howard Stern Show” and going to concerts. You may follow Cavanna on Twitter at @AlanCavanna