On Jan. 17, 2014, University of Pennsylvania runner Madison Holleran died by  suicide. She was 19. Since this tragedy, the sports community has struggled to address the root cause of Holleran’s death: mental health.

To gauge the current climate inside locker rooms, FOX Sports interviewed more than 25 female student-athletes along with NCAA officials and mental health experts. Though these student-athletes told stories of resilience, they also revealed cautionary tales for the well-being of young women in college sports.

According to the American Psychiatric Association, women are “nearly twice as likely” as men to develop depression, anxiety and eating disorders. Add in the stress of sports commitments and you have a dangerous combination. The majority of women interviewed pointed to eating disorders related to their sport as the top issue.

“We talk about [body image] every day,” said a group of University of Southern California lacrosse players. Anorexia or bulimia is twice as rampant among athletes versus the general population of women, according to the National Association of Anorexia Nervosa and Associated Disorders (ANAD).

The pressures of women to gain muscle in training but stay thin to uphold a standard of beauty outside of sports is irreconcilable. “I’ve never met a gymnast who was in love with their body,” a former D-I gymnast revealed.

In sports, the private issue of women’s body image becomes public. Dartmouth volleyball player Alexandra Schoenberger’s trainers would hook her up to a machine to track changes in her body fat percentage, which sounded like the sports equivalent of the “jiggle test.”

A D-I swimmer recalled men wore T-shirts that read “Whale watching” in reference to her team. Even in the coverage of Holleran’s death, many were shocked to see the media use photos of the young woman wearing a bikini, taken from her Instagram account.

Bottom line, mental health is a matter of safety, not only because of suicide risk but also the detriment to long-term physical health. Eating disorders are common causes of heart problems and osteoporosis. Anorexia and bulimia have the highest mortality rate of any mental illness according to ANAD. More women have eating disorders than breast cancer, yet every major women’s and men’s sport has a pink ribbon campaign while mental health issues go unnoticed.

So where do these student-athletes go for help? Few women interviewed had used on-campus psychological services because of the stigma surrounding mental health issues.

“No one wants to admit there’s a problem until it’s too late,” Duke basketball player Oderah Chidom said. Most student-athletes viewed professional help as a “sign of weakness.” Those who did seek help found the wait time was up to three weeks to book an appointment.

No one wants to admit there’s a problem until it’s too late.

For a young woman suffering from deep depression, three weeks can be the difference between life and death.

The NCAA is one of the biggest red flags on this issue.

In 2013, Chief Medical Officer, Dr. Brian Hainline declared mental health as the No. 1 health and safety concern in the NCAA. There are more than 200 pages of mental health documents buried deep in the NCAA website — a quarter of which focus on women’s issues alone.

However, not a single student-athlete interviewed was aware of any tangible NCAA resources. This absence has not gone unnoticed. Holleran’s friend and teammate Eliana Yankelev posed the question, “How much is the NCAA willing to ignore as long as they are making money?”

When asked if the NCAA had a responsibility to take a direct hand in the mental health of student-athletes, Mary E. Wilfert, Associate Director of the NCAA Sport Science Institute, stated, “No, intervention cannot come out of the national office … we are not a medical organization.”

Yet every year, the NCAA holds mandatory medical screenings and trainings for all athletes. For example, Sickle Cell Anemia is now covered after a Division II basketball player died in 2011. The Center for Disease Control cites that Sickle Cell affects less than 1 percent of Americans. 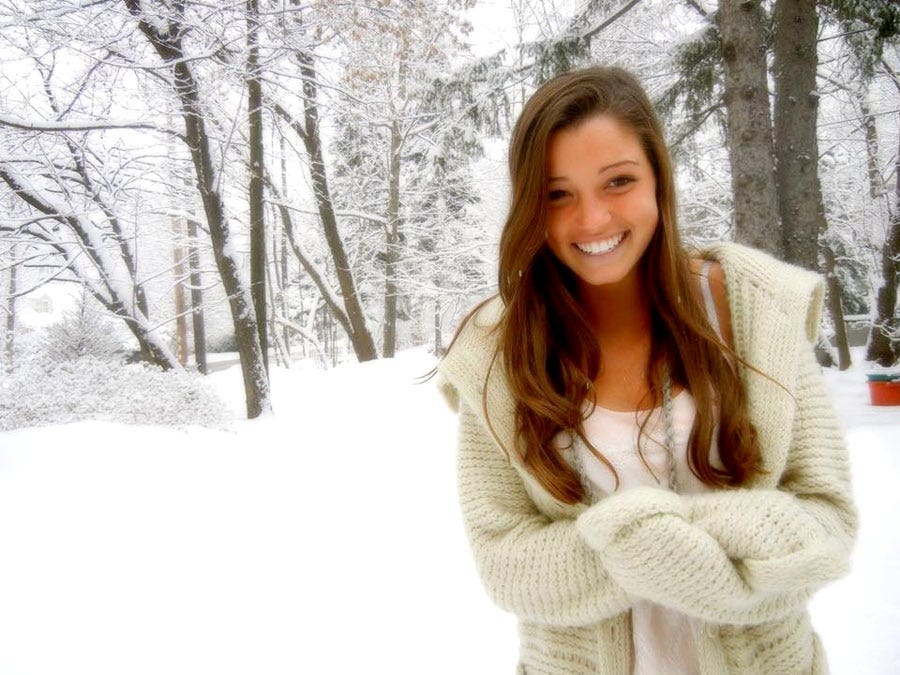 By contrast, serious mental health issues plague 12 percent of the population, according to the National Eating Disorders Association. Furthermore, the NCAA’s own data states that heart problems (for women, often the result of eating disorders) and suicide as the second and third leading causes of death among student-athletes.

So why is mental health not part of the NCAA’s mandate? Associate Director of Public and Media Relations, Health & Safety Christopher Radford responded, “We can’t just decide to make this part of the guidelines, at every division they’d have to decide on legislation.”

“Concussions get more attention because of the media, the NFL, lawsuits, and Congress … it does not reflect the NCAA attention,” Wilfert added. In other words: money, bureaucracy, and not enough people have sued.

Certainly, Holleran is all the proof the NCAA should need to justify faster resolution.

The student-athletes and mental health experts interviewed largely agreed on the solutions to the mental health epidemic. First, the sports community needs to further the dialogue to stamp out the stigma. Second, the student-athletes themselves need to take better advantage of the on-campus support available. Most important, the NCAA needs to take responsibility as the governing body of college sports to raise awareness, offer tangible resources to students-athletes and set a national standard. Hopefully, all parties will step up to ensure a safer future for women in college sports.

Need help? Call 1-800-273-8255. You’ll be connected to a skilled, trained counselor at a crisis center in your area, anytime 24/7, or for more athlete mental health resources go to: www.ThinkEatPlay.org