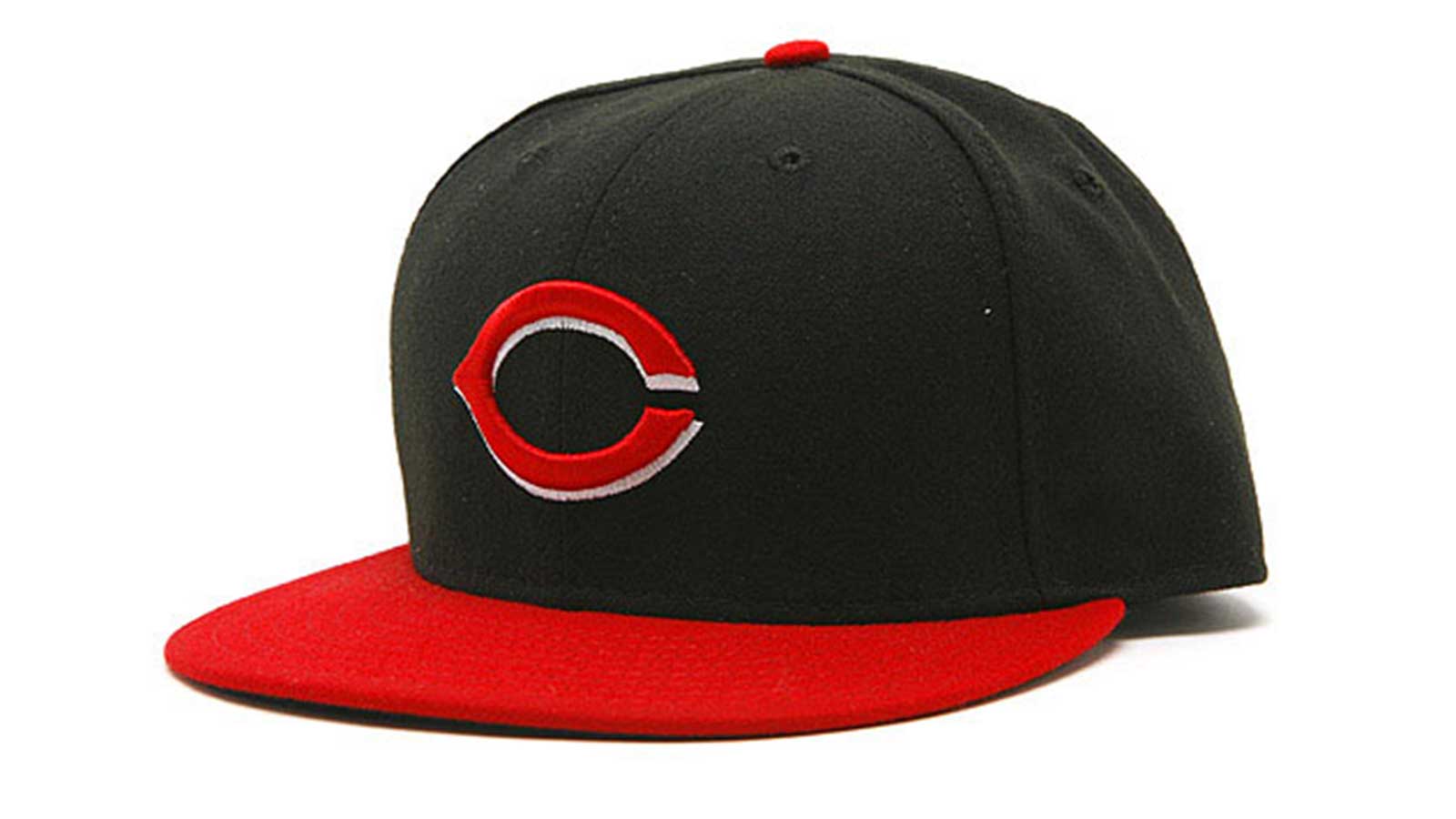 The Reds have reintroduced the alternative black hats for the 2014 season.

Prior to the uniform re-design in 2007, the black cap with red bill and red wishbone-C served as the primary road hat. This season, the team will have the option of wearing the new official on-field alternative or the red-crowned, black-billed hats that they’ve been wearing during road games for the past seven years.

It’s unknown yet if the team plans to wear the alt caps on specific days.