After a really long wait in an airport terminal, Brutus Buckeye finally made it to Disney World.

The Ohio State mascot was featured in a series of commercials for Walt Disney World that ran during the College Football Playoffs, beginning on Dec. 26.

On the heels of the Buckeyes’ national championship performance Monday night, Brutus took center stage in the third and final commercial for the Disney resort:

Brutus celebrated the big win at Magic Kingdom on Wednesday, where he spent the day posing for pictures with Disney cheerleaders and riding some of the park’s classic attractions. 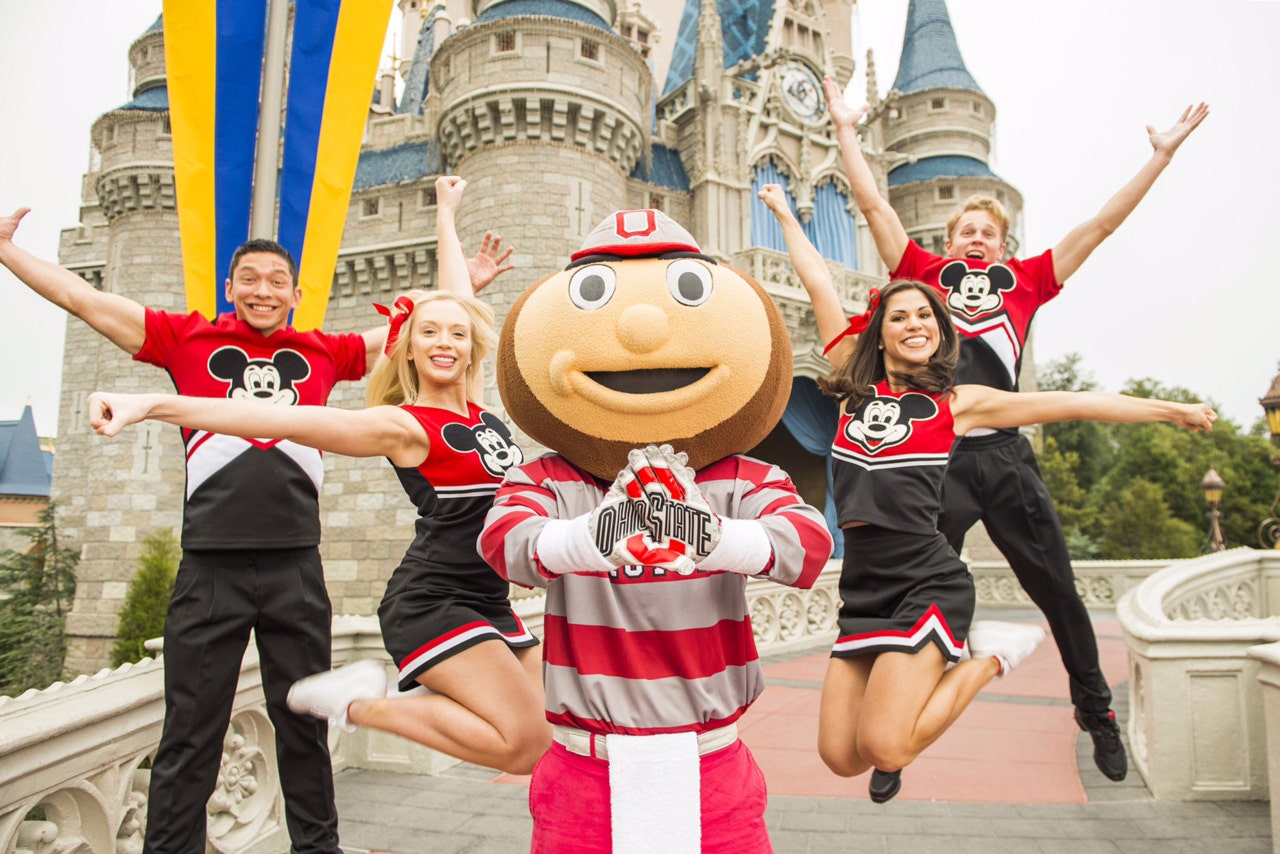