Ohio vs. The World: Three thoughts heading into the first Friday of the NCAA tournament

Three thoughts heading into the first Friday of the NCAA tournament:

It started with upsets galore and ended with five games having been decided by one point. Several others came down to the final 30 (or even three) seconds, and brackets everywhere got busted. Drama and competitiveness is what we want, right? There were some downright weird moments, too, like UCLA beating SMU thanks to a goaltended 3-pointer and Ohio State getting assessed a technical for Trey McDonald having the wrong jersey number written in the scorebook. D’Angelo Russell got bloodied but also scored 28 as Ohio State outlasted vCU. Iowa State was a trendy pick to go deep — and not just by the mediocre writer whose name appears atop this article — but went cold and got bullied by UAB on the boards. Even Hampton hung with Kentucky longer than many expected. It was a day for the ages, and there’s another full day coming.

Dayton won a First Four game to advance to Columbus, Ohio State won in overtime, Xavier rolled Ole Miss and Cincinnati won in overtime after Purdue crumbled, missed a bunch of free throws and kept the door open. If you had Amir Williams and Keita Bates-Diop playing key roles for Ohio State, raise your hand. And since no hands are raised, you’re free to keep reading and scrolling. Ohio State showed guts and poise in what was a strange game, and now the Buckeyes get a very good Arizona team. Cincinnati gets Kentucky (yikes!) and Xavier gets Georgia State. The four Ohio wins are all unrelated, as are the five losses five teams from Texas suffered Thursday. And though it’s easy to kick the Big 12 for Iowa State, Baylor and Texas losing, there’s no real tie there. Did the Big 12 get a little too much pre-tournament hype? Probably. But Baylor’s brainfreeze was independent of Iowa State going soft, and Texas found a Butler team that’s prepared and precise and everything Texas isn’t. It happens. Every possession counts. Every game is its own new story. Lucky for us, there are 47 games left. 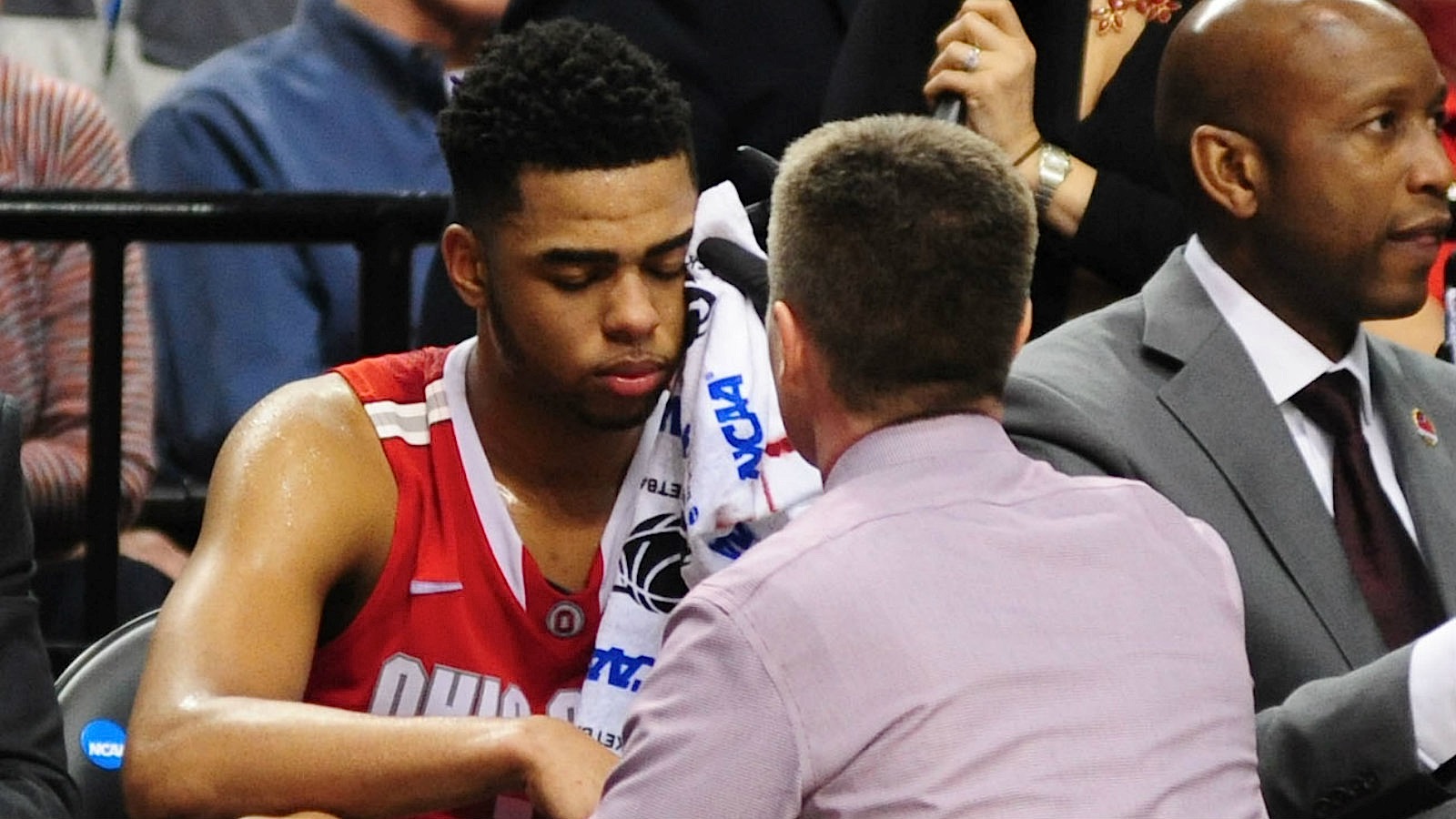 3. It’s the greatest tournament in the world, yet it has some flaws

Some downright tough to explain decisions are made — and not just in the seeding. Ole Miss won a First Four game late Tuesday night, then played 40 hours later in Jacksonville, Fla., despite the tournament having first-weekend sites in Louisville, Columbus and Pittsburgh, all easy drives from Dayton. Friday, the first game in Columbus (Buffalo vs. West Virginia) doesn’t tip until 2:10 p.m. ET; meanwhile, in Seattle, the Northern Iowa-Wyoming game tips at 1:40 p.m. ET, 10:40 a.m. PT. It’s just silly and avoidable. TV is boss and that will never change, but common sense doesn’t need to be thrown out the window.

Enjoy Friday — even if you already had to throw your bracket out the window.