And the man Ohioans really want to deliver their first NBA championship — ever — was in attendance, and basking in the Buckeyes’ glow.

Cavaliers star LeBron James watched Ohio State’s 42-20 dismantling of Oregon from a suite inside AT&T Stadium in Arlington, Texas, cheering on a team he has never been bashful about supporting.

LEBRON JAMES IS LEGIT 10 FT AWAY FROM ME RIGHT NOW pic.twitter.com/gIrhQ1Irnj

Somebody (LeBron) is fired up the Buckeyes have the lead. pic.twitter.com/97hRKcP3Ni

When the Buckeyes had the lead with time ticking away, LeBron got nervous.

And when the Buckeyes wrapped up the win, LeBron was on the field, hugging RB Ezekiel Elliott and QB Cardale Jones. 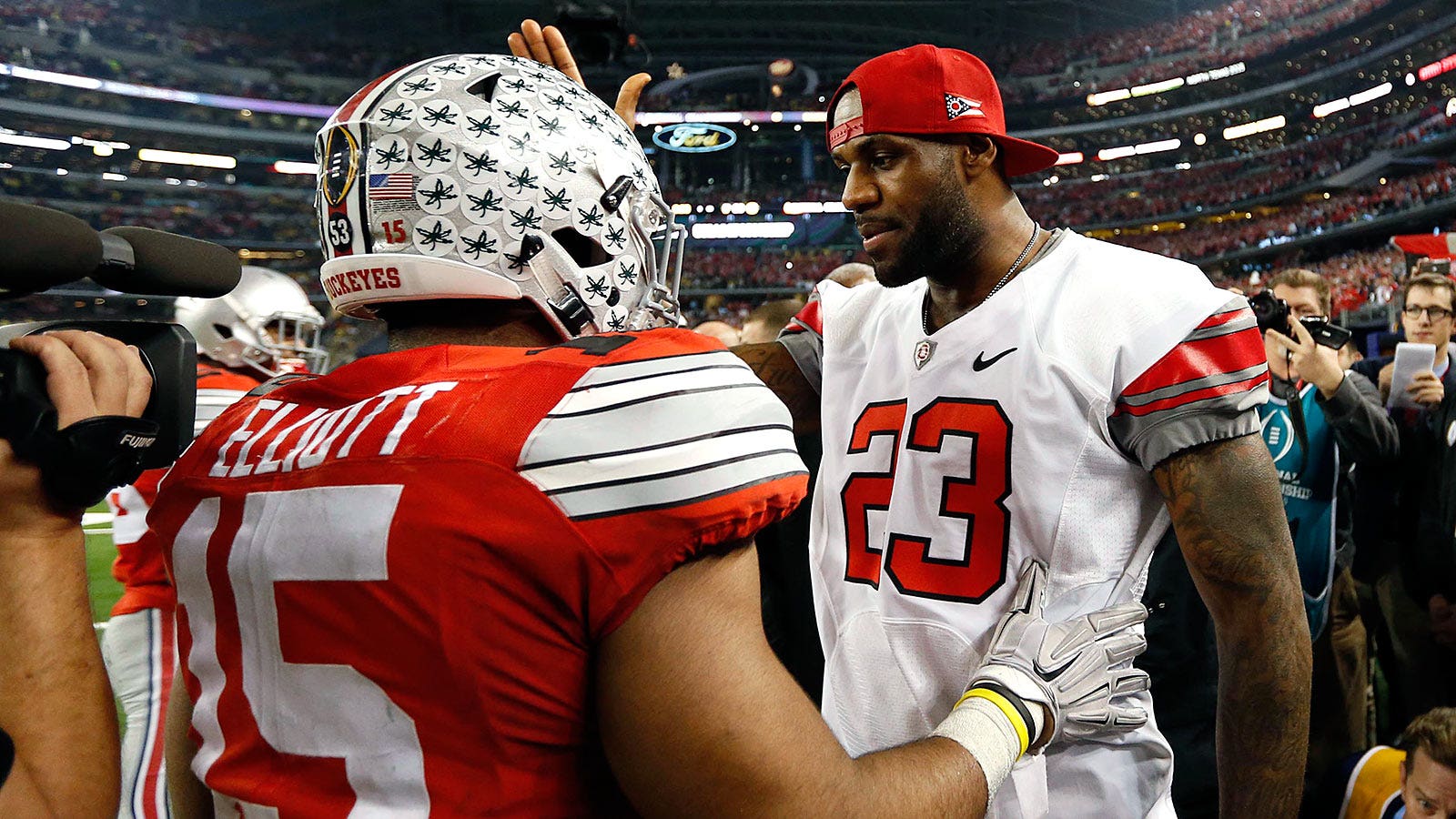 Then LeBron gave Cavs fans a bit of a tease — No. 23 awash in confetti.

James has missed the last eight games for the Cleveland Cavaliers with back and knee ailments, but he told reporters earlier Monday he is hopeful of being able to return when the team plays at Phoenix on Tuesday night.