For Cleveland, Z will always be more than just a letter 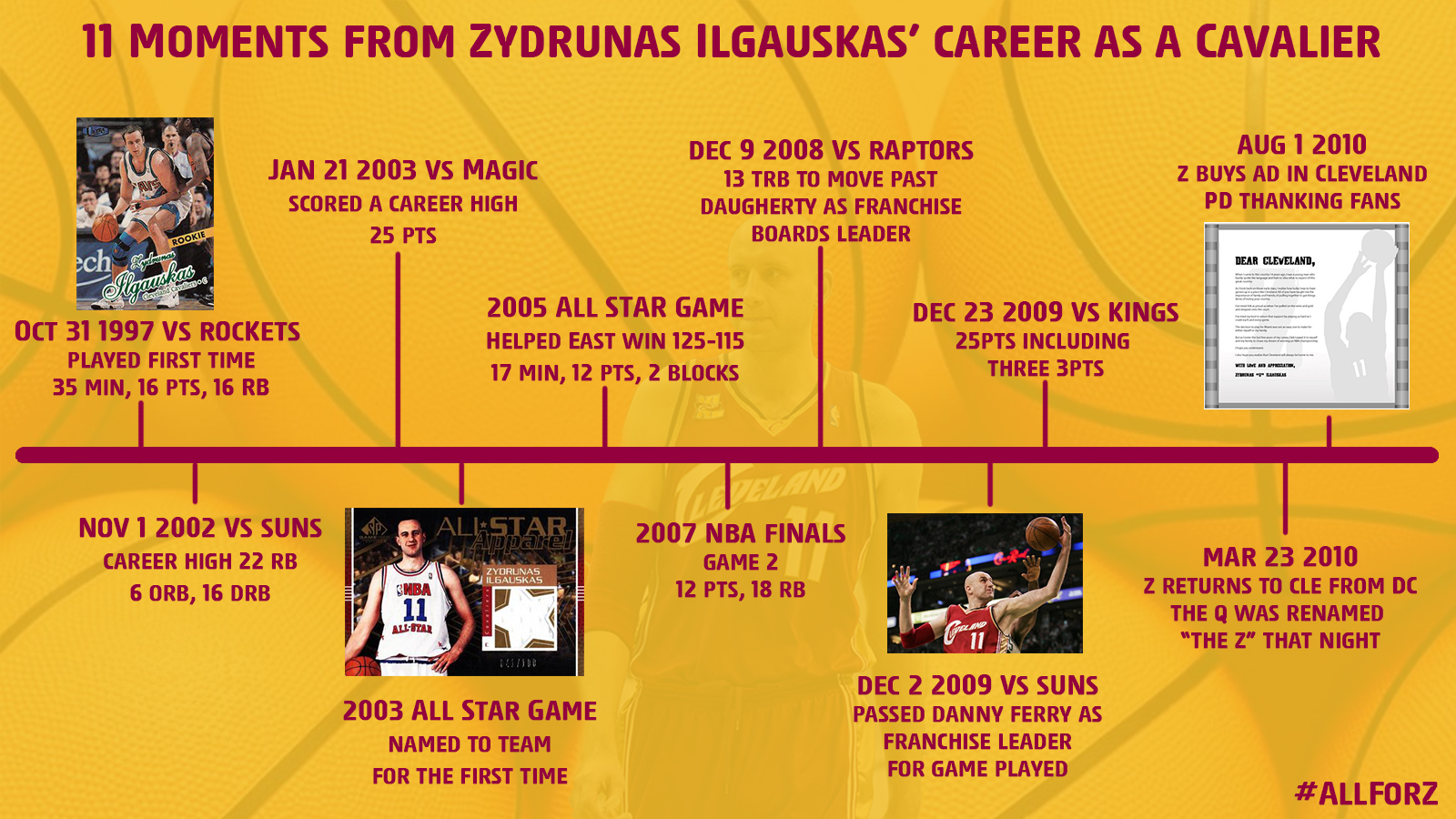 Zydrunas Ilgauskas is what most of us can only hope to be: He can influence the masses without saying a word.

Yet in many ways, Ilgauskas is like you and me, except for the fact he stands 7-foot-3. He is the NBA’s version of Mr. Everyman, a regular guy who anyone would want as a friend, and best of all, someone who would probably give you a shot if you asked.

He is not perfect, and he doesn’t try to make himself out to be. He’s just as human as they come in professional sports, and it takes no effort, no marketing strategy, no manufactured spin from a highly-paid publicist.

All it takes is Z.

You don’t really know him, but you love him. And not just because he spent 13 years playing in your city for your favorite team, or how vital he was as a center for those very Cleveland Cavaliers.

It has almost everything to do with the fact he is just a normal dude.

Remember that 17-63 season in 2003? Z played hard and conducted himself like a professional.

Remember that 66-16 season in 2009? Z played hard and conducted himself like a professional.

Yeah. Z played hard and conducted himself like a professional.

Ilgauskas isn’t shy, he isn’t aloof, he isn’t one of those folks who pretend they hate the limelight. He has plenty of personality and always understood the attention that came with the job. It just never made much of a difference to him.

Not that changing because of your circumstances is such a bad thing. A lot of us would be different people if you gave us a million bucks and put us on television every night. Maybe not better, maybe not worse — just different.

He has just continued to be the same laid-back person who was selected with the No. 20 overall pick in the 1996 NBA Draft.

Ilgauskas came from Lithuania. He became an icon in a place that’s so very far from home. The city adopted him, and he adopted the city. If it wasn’t for his very Lithuanian name and very Lithuanian accent, you would no doubt peg him as someone who has been a Clevelander all along.

The logo for Z’s jersey retirement ceremony. Fans are encouraged to use #AllForZ

He just belongs here. He is one of us. And we are one of him.

You’re going to read plenty about Ilguaskas before Saturday night, when the Cavs stage a grand ceremony to retire his No. 11. You’ll hear from athletes you like and perhaps a few you don’t. You’ll listen as everyone tells stories about how Z was a fantastic teammate, how he’s an extraordinary person, how he’s a devoted friend.

Everyone from players to coaches to media members will share memories of time spent with Z, how he made them feel more special than everyone else in at least some small way.

All of it will be true. Z played hard and conducted himself like a professional.

He won on the court and in life, and he lost plenty, too. He was written off and became an All-Star. He left the Cavs and took out a full-page newspaper ad. He returned to work in the front office not because he needed a job, but because he wanted to be part of the team, this team.

So that jersey you’ll see hanging from the rafters Saturday night? Man, it’s just a number. The man who wore it is our friend, and that will always mean so much more.