Redemption for Ellis, Sanders equals fifth win in a row for Bearcats

CINCINNATI — Octavius Ellis had his worst game of the season for the University of Cincinnati on Jan. 15 when the Bearcats played at Memphis, Ellis’ hometown. Jermaine Sanders hasn’t been at his best the last 10 games. Only three of the 25 3-pointers the UC senior forward had attempted found its intended target.

Ellis and Sanders each found redemption in Sunday’s regular season finale against Memphis at Fifth Third Arena, a 77-65 win for UC.

The win improves UC to 22-9 overall and 13-5 in the American Athletic Conference. The Bearcats will be the No. 3 seed in the conference tournament this week in Hartford, Conn. They will play Friday night at 9 p.m. against either host UConn or South Florida. They go into the tournament playing their best basketball of the season.

UC has won five in a row since losing three straight — at Temple and home games against Tulane and Xavier — and all five wins have been by at least nine points. Since rallying back from a 10-point deficit in the first half at Houston on Feb. 21, the Bearcats have trailed for just 2:03 and by no more than two points. They never trailed in beating Central Florida or Tulane and they never trailed Sunday against Memphis.

"In my mind, five pressure games in a row," said UC associate head coach Larry Davis. "We had to win all five, one-game brackets. We accomplished it. Now we’re right back in the same situation again: one-game brackets to advance. I told our guys that we’ve had a lot of training in the last month for the pressure of that and hopefully that will work in our favor and be a positive."

Ellis fouled out and scored just two points and had just three rebounds against the Tigers when the teams met on Jan. 15, a 63-50 Memphis win. This time around Ellis stayed out of foul trouble and stayed aggressive in scoring 19 points and pulling down 11 rebounds.

Sanders made the most of his Senior Day with 12 points, four rebounds and three assists in front of a red-draped crowd of 12,358. The first 3-pointer Sanders let fly less than three minutes into the contest found nothing but the good side of the net. It was the first of his three 3-pointers, equaling a season high.

"I was happy that first shot went," said Sanders, smiling at his understatement.

Sanders was shooting less than 20 percent on his 3-pointers in conference play before making 3-of-7 Sunday. It is the first time since Jan. 17 against Temple he has made more than one 3-pointer in a game. He hadn’t scored in double figures since Feb. 5 at SMU. Sanders hadn’t started the last four games but got the start on Senior Day.

More on UC and Memphis 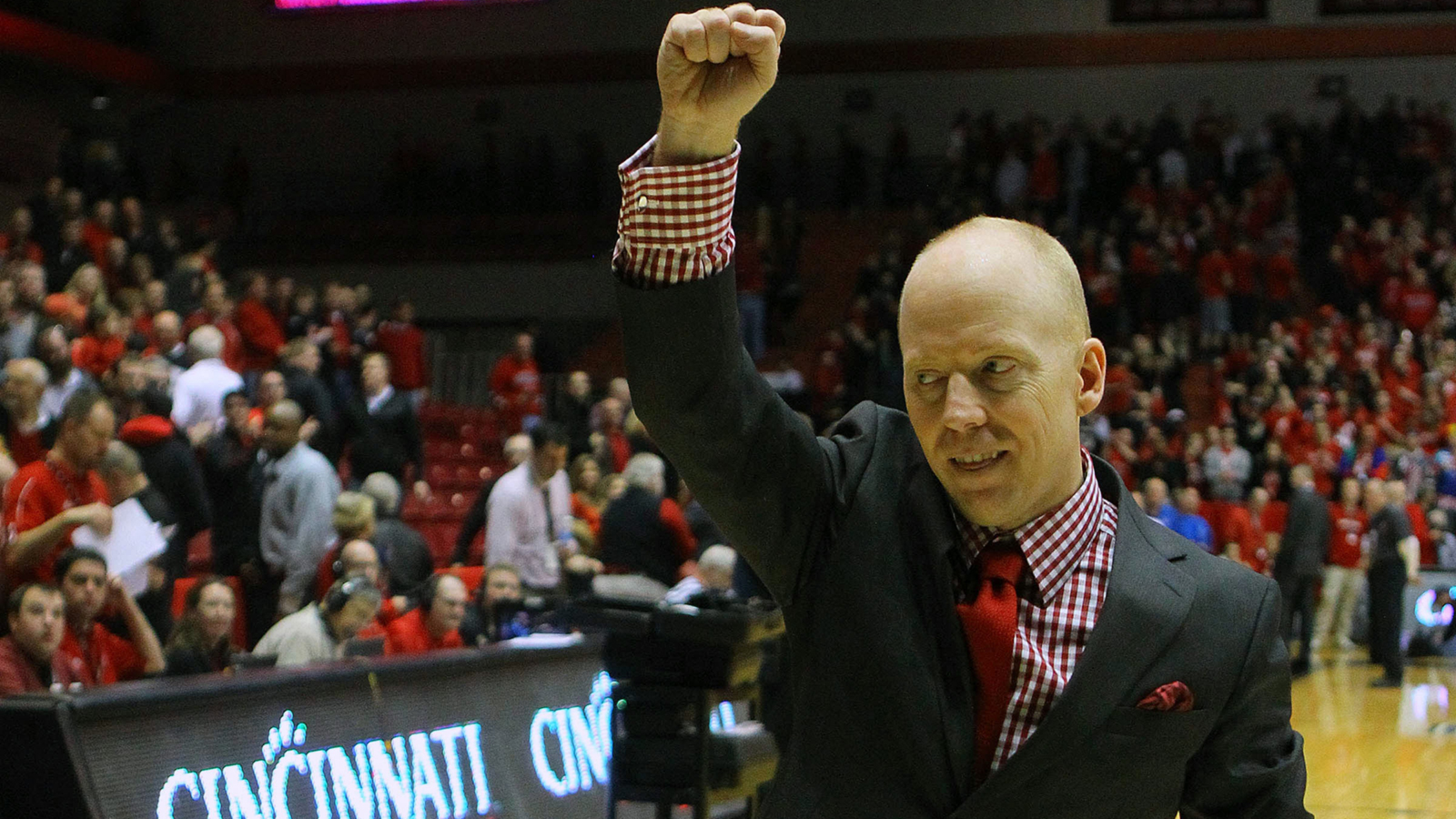 "I couldn’t be happier for a guy. It couldn’t be storybook better for him to come in and play as well as he played," said Davis. "He was so disappointed after both the Tulane and Tulsa games. He was coming to the bench. He was upset in the Tulsa game because he missed a couple wide open ones. He had Kevin Johnson and a couple of the other guys grab him and say, `Shoot it. Don’t worry about it. We believe in you. Don’t worry about it.’ I told him, `Jermaine, it’s going to break. When we need you the most, it’s going to break.’ Tonight, they were playing a little triangle and two. He banged in a couple and so much for that."

UC jumped out to a 21-4 lead in the opening eight minutes of the game as it made eight of its first 13 shot attempts. For there on out the Bearcats kept Memphis at arm’s length. The lead never dipped below 10, although the Tigers had three straight possessions with the opportunity to cut their deficit to single digits but didn’t capitalize.

Sanders made them pay with his final 3-pointer with 4:41 left that gave UC a 64-51 lead and all but ended Memphis’ hopes of a rally.

Ellis nearly had a double-double in the second half. He scored 15 of his points and had eight of his rebounds after intermission. In the game at Memphis, Ellis never found a rhythm. He never stayed on the court long enough.

"I think in Memphis I had a lot of pressure on me because I was going back home. I never played in Memphis in front of my home (fans), besides high school, but I had people calling me every second and all of that. I just went out and played today and had fun," said Ellis. "I’ve just been playing well these last few games. It’s going out rebounding and letting the offense come to me. Rebounding is what’s really fueled me. In Memphis I wasn’t rebounding the ball well. I was in early foul trouble and today I wasn’t in foul trouble. I stayed aggressive all game."

Ellis is averaging 12.9 points and 7.6 rebounds in the last seven games, which includes the game at Houston when he was ejected in the first half for a Flagrant 2 foul and had just four points and one rebound. Sunday was his second double-double in three games and his third straight game with double figures in rebounds.

"Two days ago in practice Octavius Ellis had the best practice he’s had in two months. I didn’t need to say a word. I knew he was ready," said Davis. "I knew by his body language he was determined and ready."

Davis did speak to Ellis about keeping his emotions in line. There would be talking coming from the Memphis players, testing Ellis.

"Just make sure you kick their butt on the court and after the game let that do all of the talking for you," was Davis’ message. "He said "I’ve got you coach, don’t worry." I knew he was going to be ready this game. He was disappointed in his play and being from Memphis he wanted to beat them bad. He knows a lot of those guys. His play today and his mental focus was tremendous for our team."

*If media does not immediately appear, please refresh browser.*