The deck of the the Royal Caribbean's Brilliance of the Seas, blanketed in a thick fog.

The Buckeyes Cruise for Cancer ship was stranded at sea for about a day and a half, after a dense fog kept the ship from docking Monday morning.

Coach Meyer and his wife, along with several former Ohio State football players and a couple thousand fans, were on the ship as part of a five-day cruise which serves as a major fundraiser to benefit the Urban & Shelley Meyer Fund for cancer research and the Ohio State University Comprehensive Cancer Center — Arthur G. James Cancer Hospital and Richard J. Solove Research Institute.

The cruise, which left for Cozumel, Mexico, on Thursday, was supposed to dock at Port Tampa Bay on Monday morning but spent nearly 36 hours circling the waters about 20 miles off the coast waiting for the fog to clear.

But with temperatures in Columbus hovering around 12 degrees, we’re guessing coach Meyer and his fellow 2,500 shipmates didn’t mind getting a little more cruise than they were expecting.

"We are good. No worries," Meyer texted to the Columbus Dispatch Tuesday morning when asked for a status update. "We raised upward of $2 million for The James. However, we are ready to get home."

Among the stuck passengers was former OSU defensive back Dustin Fox, who tweeted pictures of the ship immersed in the fog.

I think we are stuck in the Bermuda Triangle.

So foggy we can barely see the flags. #bermudatriangle

This has been our path for the last 36 hours. #stuckatsea

According to the Dispatch, Brent LaLonde, a communications specialist for M3S Sports in Columbus, reported that he could not see the water from the deck. But that didn’t stop passengers from making the best of the situation.

But rest easy, Buckeye fans. The ship, which was accompanied by the U.S. Coast Guard, docked around 7 p.m. Tuesday evening. 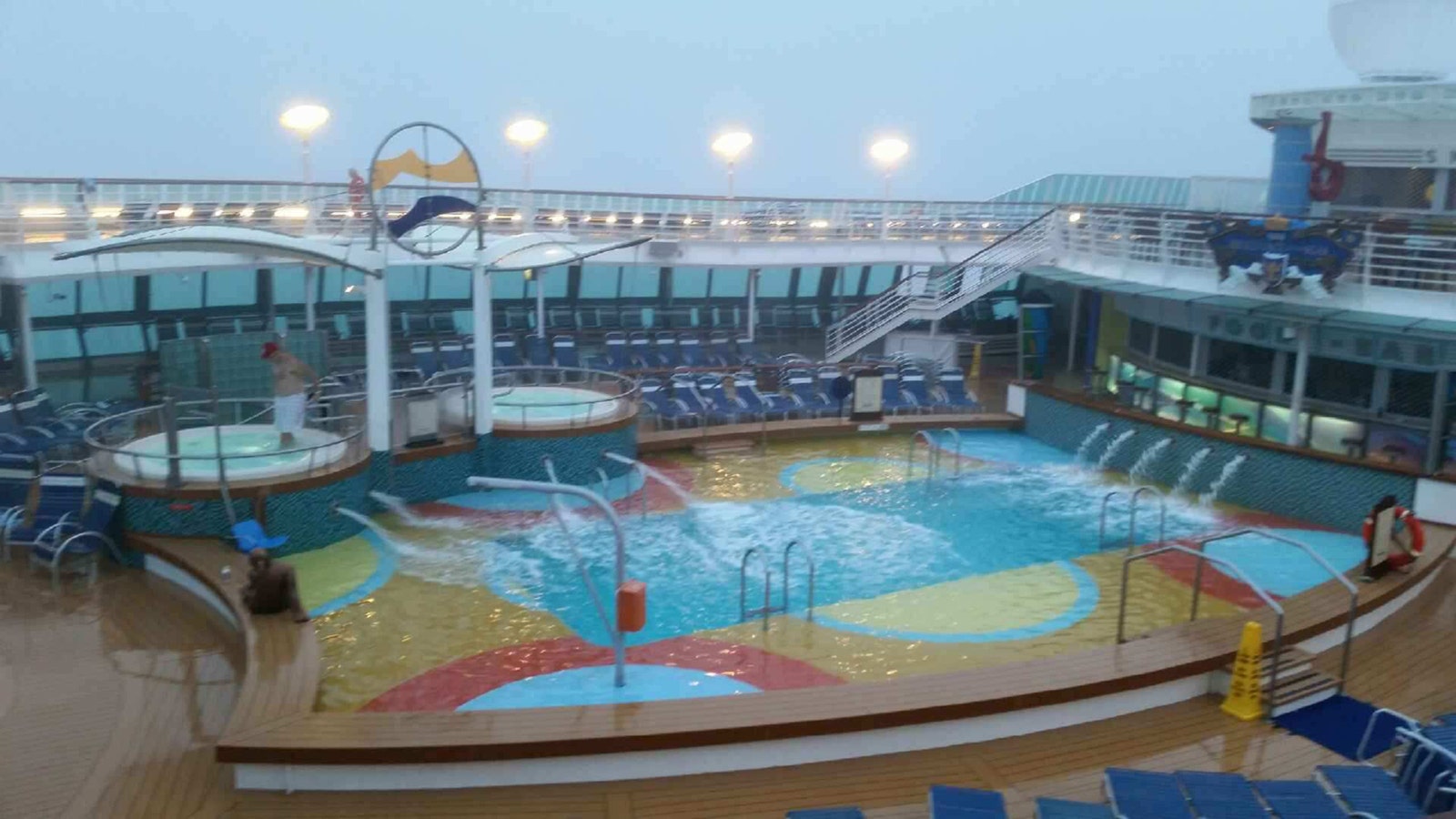