Not only is it one of the biggest clichés that head football coaches say just about every week, but also it’s the pride and soul of Mike Zimmer’s defense.

Zimmer was extra pleased Sunday as the Minnesota Vikings forced seven turnovers in their 39-10 win over the Los Angeles Chargers. It marked the 13th time in franchise history — and the first time since 1995 – that the Vikings posted 7+ takeaways in a single game.

Oddly enough, Minnesota lost five of its first six games with 7+ takeaways, with every defeat taking place in the 1960s and early 1970s when fumbles were a bit more prevalent.

The Vikings’ offense hasn’t committed seven turnovers since Sept. 18, 2005 in a 37-8 loss to Chad Johnson and the Cincinnati Bengals. Minnesota has turned the ball over 7+ times in nine total games. Unsurprisingly, they are 0-9 in those contests, although three of those losses were by one possession.

Anyway, to honor the Vikings’ seven defensive takeaways, we took a closer look at the 13 occurrences:

Summary: In its fifth game in franchise history, Minnesota set a team record with eight takeaways. Unfortunately, it didn’t result in a win. San Francisco fumbled the ball six times and quarterback John Brodie tossed two interceptions, but the 49ers outgained the Vikings 555-202 and outscored them 24-7 in the second half.

Summary: A matchup between two future Hall of Fame quarterbacks in Fran Tarkenton and Johnny Unitas didn’t go the way of the purple. Minnesota intercepted four passes from Unitas, but it didn’t stop the star quarterback from posting a 95.5 passer rating thanks to 385 yards and four scores. Tarkenton managed to complete a mere six passes for 66 yards. Side note: Unitas threw 4+ interceptions in just seven of his 211 career games played.

Summary: Finally, the Vikings found paydirt for forcing an absurd number of turnovers. The 49ers played three quarterbacks in this game – Brodie, George Mira and Billy Kilmer — and they combined to throw five interceptions. Three went into the hands of Roy Winston, who is one of 12 Vikings players to tally a hat trick of INTs in a single game.

Summary: Remember Kilmer from the last blurb? Now wearing the black and gold in New Orleans, Kilmer hurled three picks — two to Bobby Bryant and one that resulted in a pick-six. Despite the Saints’ seven turnovers, Minnesota couldn’t erase an early 14-0 deficit and dropped to 3-2 in a season that would result in the franchise’s first playoff berth. 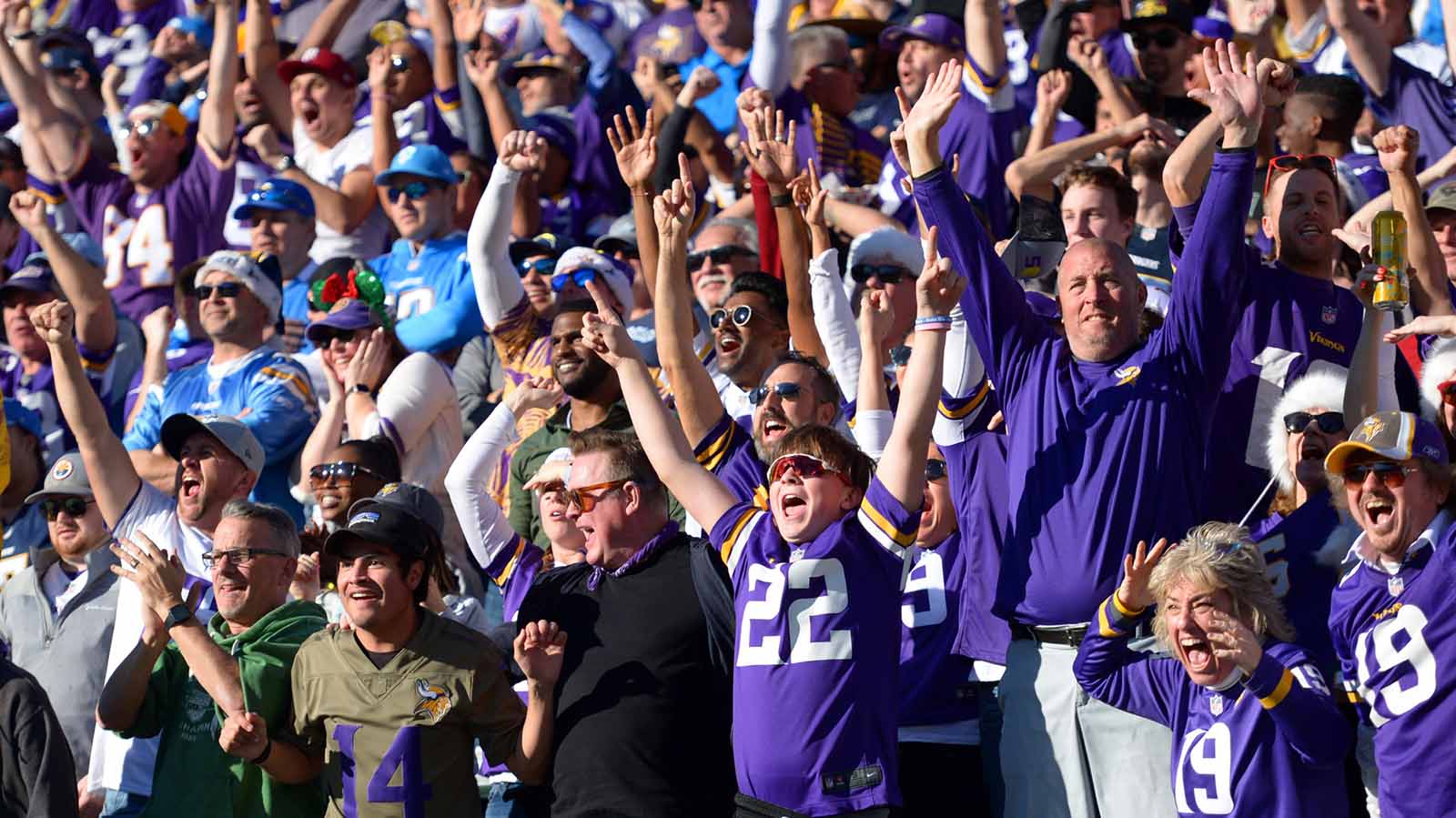 Summary: You likely know Steve Spurrier from winning a national championship in 1996 as head coach at the University of Florida. Long before then, Spurrier played quarterback for the 49ers and threw three interceptions against the Vikings on this Sunday. But Brodie took over under center in the second half and turned a 17-6 deficit into a 20-17 win for San Francisco. Minnesota defenders Paul Krause and Jeff Siemon both hauled in two interceptions apiece in the loss. This would mark the last time the Vikings would lose a game when forcing 7+ turnovers.

Summary: Finally, a final score that reflects the turnover margin. It was a miserable day for Atlanta quarterback Kim McQuilken. He was sacked three times and managed just 43 yards while tossing five interceptions on 5-of-26 passing — adding up to a passer rating of exactly 0.0. That’s right, he completed as many passes to his opponents as he did to teammates. Bud Grant’s Vikings improved to 8-0 on the season.

Summary: Now playing in the brand new Metrodome, the Vikings forced five fumbles in their win over the lowly Houston Oilers. Defensive tackle Charlie Johnson returned one 50 yards for a score, and John Turner and James White both hauled in interceptions. Side note: We miss that Oilers logo.

Summary: This is the fourth time Minnesota forced San Francisco into 7+ turnovers. Joe Montana was under center for the 49ers and in the prime of his career, but it didn’t appear that way against Minnesota. Montana threw two interceptions, and San Francisco fumbled the ball seven times — losing five – in the season-opening game at the Dome.

Summary: Vinny Testaverde didn’t look like the 1986 Heisman Trophy winner on this Sunday afternoon. Testaverde threw for 223 yards, one touchdown and a career-worst six interceptions on 19-of-45 passing, adding up to a 25.7 passer rating. Defensive back Joe Browner caught two of those, while Brad Edwards extended the Vikings lead in the third quarter with a 37-yard interception return for six points.

Summary: Kevin Sweeney, a seventh-round pick out of Fresno State in 1987, started four games over his short NFL career. This was one of them. Sweeney was sacked six times while completing just 10 passes and throwing four interceptions, two to Vikings safety Darrell Fullington. A not-so-fun fact: This was Herschel Walker’s last time playing against Minnesota before the, uh, trade.

Summary: The Vikings had a 13-6 lead at halftime before the takeaways started coming in bunches. Pittsburgh quarterback Mike Tomczak was benched after tossing three interceptions, only for backup Jim Miller to sub in and chuck three of his own. Vikings defensive back Orlando Thomas hauled in two picks and returned one for a touchdown in the third quarter.

Summary: It was basically an extra home game for Minnesota, as the stands at the StubHub Center were predominantly filled with the purple faithful. Mike Zimmer’s tenacious defense made it worth the trip for the fans, forcing Philip Rivers into four turnovers (three interceptions, one fumble) and making head coach Anthony Lynn bench running back Melvin Gordon after a pair of fumbles. With Los Angeles driving down the field late in the first half, Ifeadi Odenigbo picked up a Rivers fumble and brought it back 56 yards for a 19-10 lead. The Chargers wouldn’t come close to scoring again.