Preview: Playoff hopes on the line when Vikings battle Seahawks

SEATTLE (AP) — With where both the Minnesota Vikings and Seattle Seahawks sit in the NFC standings, Monday night’s matchup might as well carry a playoff title.

“I think going on the road with that crowd and the type of football team that they are, I think yeah, a little bit. These next four games will determine what we do and where we go and how we perform in the clutch. Yeah, I guess you could say that,” Vikings coach Mike Zimmer said.

The Seahawks (7-5) host the Vikings (6-5-1) in a meeting filled with playoff implications. The Seahawks won’t be able to catch the Los Angeles Rams in the NFC West, but their three-game win streak has them sitting in the No. 5 spot in the NFC playoff picture going into the final quarter of the season, with three of their final four games at home.

It’s far from a foregone conclusion Seattle is headed to the postseason after missing the playoffs last year. But a win over the Vikings would be a huge step in locking up a postseason berth.

“Keeping your head down and grinding is really what it’s all about at this point,” Seattle coach Pete Carroll said. “We’re upbeat and we’re positive. We know that we can win every game and we’re going out to get that done.”

If the Vikings want a chance at catching Chicago in the NFC North race, a win in Seattle is almost a must. Far easier said than done, especially when it comes to night games. Seattle is 15-2 at home in Thursday, Sunday or Monday night games dating to Carroll’s arrival in 2010.

Minnesota is currently in the No. 6 spot in the NFC and its tie earlier this season against Green Bay could end up being a hindrance — or a benefit. The Vikings are a half-game ahead of Philadelphia, Washington and Carolina entering the week.

Here’s what else to watch as the teams face for the first time since the 2015 NFC wild-card game: 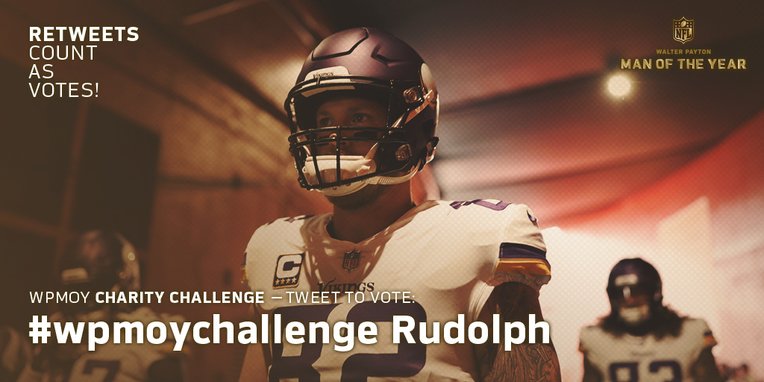 Is anyone going to be able to slow down the efficiency of Seattle quarterback Russell Wilson?

Through 12 games, Wilson has 29 touchdowns and just five interceptions. He’s thrown at least two TD passes in eight straight games and 11 of 12 this season. Last week against San Francisco, Wilson had three touchdowns passes on four completions in the first half.

And it’s not just underneath throws or short passes that are turning into touchdowns. Wilson has six TD tosses of 30 or more yards.

“He is moving around a little bit. The guys take off. They are second in the league in red-zone touchdown percentage,” Zimmer said. “A lot of that has been obviously they run the ball well. He moves in the pocket and guys get open. They’ve had some guys where they had been pretty open, too.”

Minnesota’s Adam Thielen and Stefon Diggs are the only receiver duo in the NFC each with more than 80 catches. Thielen has 98 receptions and Diggs has 84. They’ll be facing a pass defense that has been struggling of late, allowing 315 yards per game passing over the past three weeks.

Revenge might be a strong word, but Minnesota defensive tackles Sheldon Richardson and Tom Johnson might have a little bit more incentive for the game. Richardson played for Seahawks last season before signing with Minnesota in free agency. Seattle couldn’t match the money offered by the Vikings, so Richardson found a new home in Minnesota.

Johnson’s situation is a bit stranger. He signed as a free agent with Seattle during the offseason with the intent of being part of the defensive line rotation. He started Week 1 with Seattle, then was released before the Week 2 game at Chicago because of Seattle’s need for a roster spot. The Seahawks believed they would be able to re-sign him the following week, but Johnson chose to return to Minnesota and rejoin the Vikings, the team he had spent the previous four seasons with.

Johnson has played in nine games with the Vikings and has 3 ½ sacks. 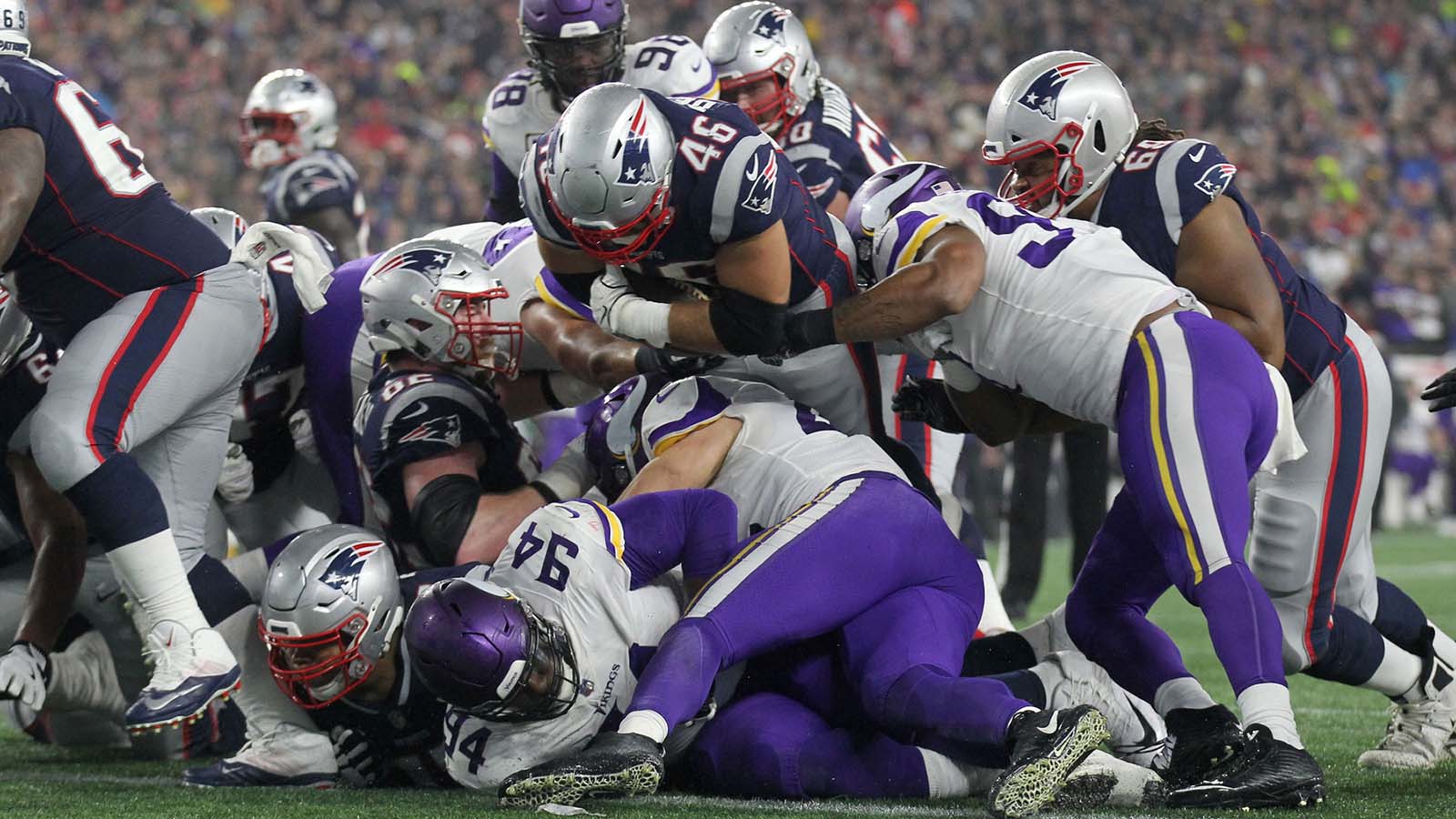 Asked if he had a regular season win that stuck out, Carroll immediately went to a 2012 overtime victory at Chicago. It was the start of a five-game win streak to close the regular season that got Seattle into the playoffs.

“We haven’t been the same since,” Carroll said.

STREAKS, STATS AND NOTES — Fourth straight season Seahawks playing at home on Monday night. … Seahawks 24-5-1 in Thursday, Sunday or Monday night games since 2010. … First meeting since 2015 NFC wild-card game in Minnesota, third-coldest game in league history. … Vikings QB Kirk Cousins leads NFL with 350 completions, ,ranks sixth with 3,490 yards passing. Cousins’ has second-most yards passing through 12 games in franchise history (Warren Moon, 3,511 in 1994). … RB Dalvin Cook had career-high eight receptions last week. … WR Adam Thielen leads NFL with 98 catches, second in yards with 1,166, tied for fifth in TDs with nine. He’s caught TD in five of past six road games. Thielen’s 98 receptions third most in league history through 12 games. … Thielen and WR Stefon Diggs only pair of teammates in NFC with 80 or more receptions. … DE Danielle Hunter tied for third in NFC with 11 ½ sacks. Hunter also has 16 tackles for loss, second in NFC. … LB Eric Kendricks had career-high 16 tackles vs. Patriots. He has at least seven tackles in five straight games. … Harrison Smith one of two safeties in league with three sacks and three interceptions. … Vikings have allowed just six run plays of 15 yards or more, tied for fewest in NFL. … Opponents converting 29.9 percent of third downs vs. Vikings, lowest in NFL. … Seahawks QB Russell Wilson has 29 touchdowns and five interceptions through 12 games. He has thrown at least two touchdowns in eight straight outings. Wilson has 16 touchdowns and two interceptions in Monday night games. … Seahawks leading NFL averaging 148.8 yards per game rushing. They have rushed for at least 150 yards in seven of past eight games and had more rushing yards than passing in four of those games. … WR Tyler Lockett averaging 16.2 yards per reception, fifth in NFL. His career-high nine touchdowns include 52-yarder on only reception last week. … WR Jaron Brown had first two-touchdown game of career last week. He has five TD catches on just 11 receptions. … WR Doug Baldwin had two TD catches in last regular-season game vs. Vikings. … DT Jarran Reed has 4 ½ sacks in past five home games. … DE Frank Clark has team-high 10 sacks but none in past two weeks. .. LB Bobby Wagner had 12 tackles, sack, forced fumble, fumble recovery and 98-yard interception return touchdown last week. It was first pick-6 of career. Wagner has eight or more tackles in six straight games. … Fantasy tip: Seattle’s pass defense has been struggling of late, allowing 315 yards per game over past four. Cousins, Thielen and Diggs are all good plays this week.